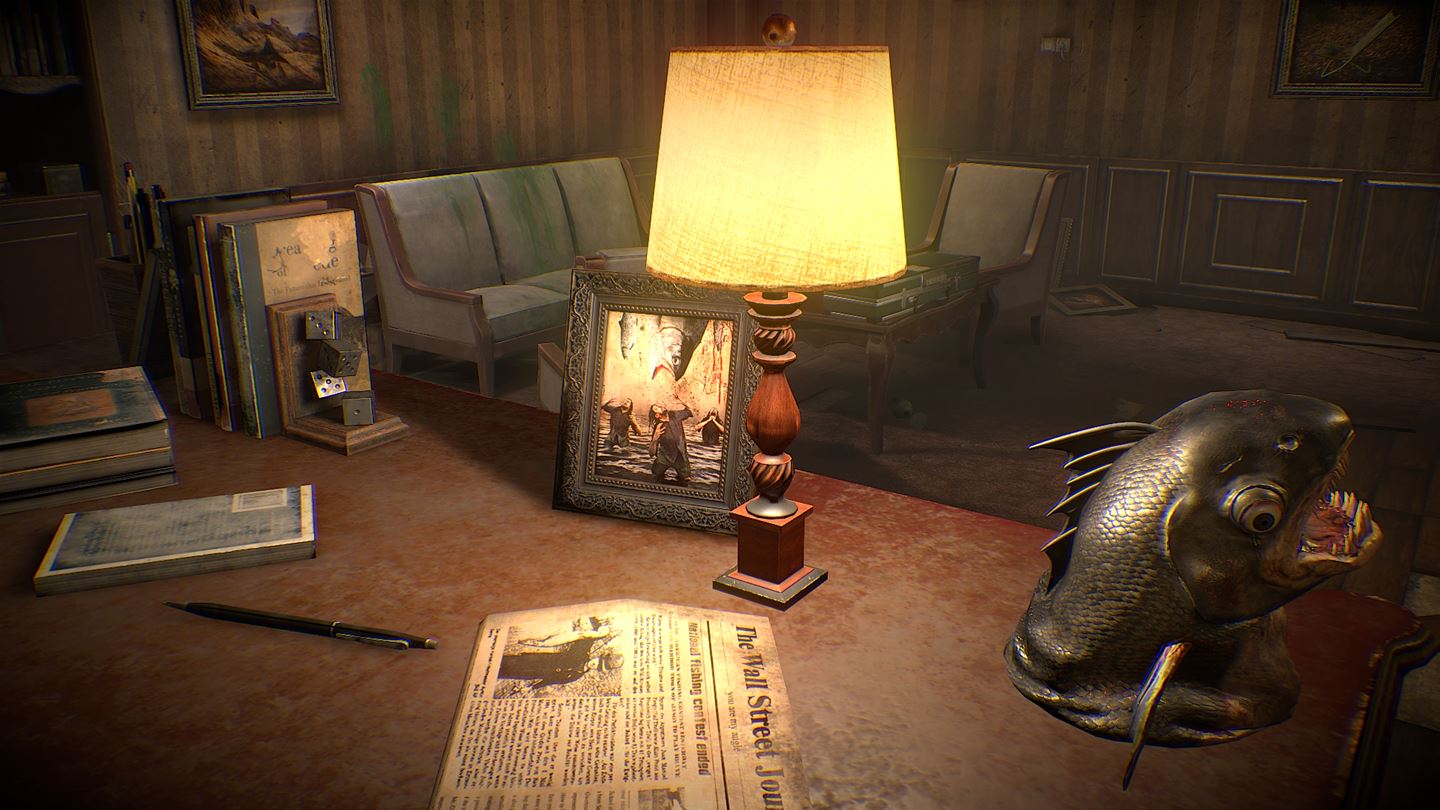 The biggest issue with the escape room genre is that it’s hard to make a game unique and stand out. Some games have interesting concepts and intricate puzzles, but if the story overall falls flat, it causes the entire construct to collapse. Nekcom’s Dying: Reborn is the next contender of the genre stepping up to the plate. From an outside glance, we see a game that looks to stay true to the original concept. Furthermore, we see a game with an atmosphere borrowed from many pop culture references. Is the game an instant cult-classic or should Dying: Reborn stay dead?

As the protagonist Mathew, you awaken inside a locked room inside an old abandoned hotel. With no recollection of how you got there, the only clue to your arrival comes on a photograph from your sister. “I need your help at Last Harbour!” is the message written on the back of the photograph of the two from years past. How did Mathew get here, and where is his sister? Is she in trouble, or was this all someone’s elaborate scheme to lure Mathew here? Search for clues, make your escape and find your sister. 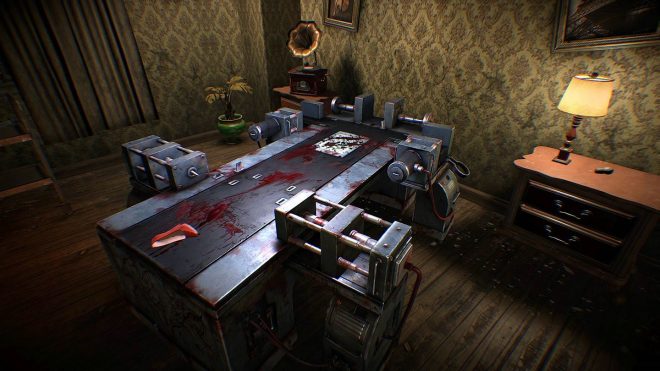 If the shoe fits – The puzzles in Dying: Reborn are great. The game has six different levels most with interesting puzzles. A lot of the solutions are basic if given a bit of thought. Each room has at least one puzzle that will leave you a bit dumbfounded. None of the puzzles in the game are complicated to the point that you feel stuck enough to want to quit. There are some repeated puzzles in some rooms, such as finding a code for a safe or finding a key to a lock. There is also one puzzle in each level that is unique to that specific level, which adds a bit of transparency between the levels.

I wanna play a game – Most of the storytelling in Dying: Reborn comes from the conversations between Mathew and a masked figure on a television screen. The man in the mask instructs the player on what they need to accomplish in the room lest there be consequences. The entire concept behind the antagonist really pays tribute to the antagonist Jigsaw from the Saw movies.  In Dying: Reborn you’re never actually given the opportunity to die, unfortunately. You are however asked to complete strange and definitely sadistic puzzles to further your escape. As with the saw movies as well, the identity of the masked man remains a secret till the end.

Small Spaces – A strong part of Dying: Reborn actually comes from how small the levels are. Each level has you trapped in a small to medium sized area solving puzzles. These areas are sizeable enough to offer a challenge but not oversized to the point that you find yourself lost. To offer some perspective, the biggest area comes from the hallway on the inside of a hotel the smallest being a bar. It’s also quite interesting to see most of the space of these levels being utilized. Puzzles can be on the walls, floor and even on the ceiling. There isn’t an area of any level that feels like a dead zone. 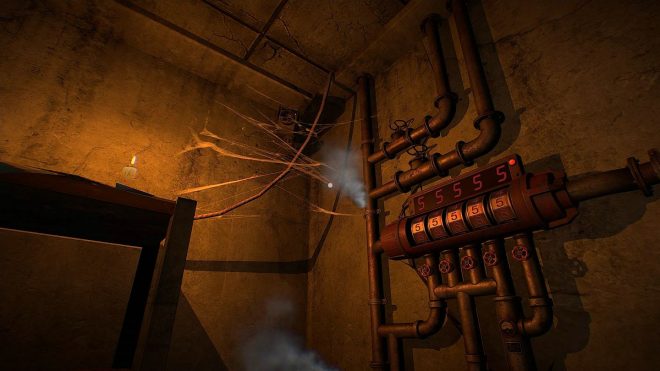 Static Puzzles – Unfortunately, nothing regarding the puzzle solutions or the items is randomized in any way through each playthrough. With static items and solutions for puzzles, the replay value for the game is hindered. The average first playthrough can take you around 6 hours depending on how quick you are to complete each level. Expect each room to take you anywhere from around 30 minutes to an hour to complete it your first time playing. After the initial play, the completion time for levels takes a drastic drop down to 10 –  12 minutes.

To be Continued? – It shouldn’t bother anyone when a game tries to leave itself open for a sequel at the end. The game becomes bothering when it chooses not to tie all plot lines before ending. Very early on you also meet a woman on the TV screen who helps assist the player in their escape. This woman gives some details on a side plot to the game that would help tie events prior to the game together. The side plot eventually becomes lost in translation to the rest of the game. This causes a lot of questions to go unanswered. This can leave a bitter taste for those who are looking for a resolution to the issues at hand.

Please wait… – There is an abundance of loading screens in the game. Each loading time is consistently around 45 seconds in length. Normally if you’re loading into a level the wait time is understandable. The issue is that it takes the same amount of time loading to the level select screen or the main menu. Even the amount of load screens is an issue. After you complete a level, you’re taken back to the level select screen. From there you select another level which will initiate another load screen. These load times occurred on the original Xbox one. Playing on the Xbox One S or Xbox One X might heed different results.

Storytime – It would be understandable if during the initial playthrough of the story you were not allowed to skip the cutscenes. However, on any additional playthroughs of the game, the player is still forced to sit through the subpar voice acting and cheesy story. This is another issue that dampens the replay value of the game. The first play through the game is enough. The additional playthroughs forcing you to continue to watch the story unfold can be unbearable for some.

Secret? – Dying: Reborn features a secret ending in the game. Unlocking it comes from collecting certain items hidden in levels with no exact purpose for the normal puzzles throughout the game. When you come across one of these items inside a level, it stays in your inventory as you go through all the other levels. That means the object you need to use this item on is on an entirely different level. It can become a little confusing trying to figure out what item goes where. Secret endings normally add to the overall replay value. In Dying: Reborn the secret ending the game has to offer is one that will make you immediately regret pouring any more time into the game. The reason being that the ending you’re met with isn’t even worth the effort. Players aren’t given an ending cutscene that would answer some potential questions regarding the story. The game instead traps the player in a room with a television screen watching a random scrabbled video that doesn’t base on any part of the story. The video lacks any sort of audio and is only a few seconds long. Congratulations! Time successfully wasted! 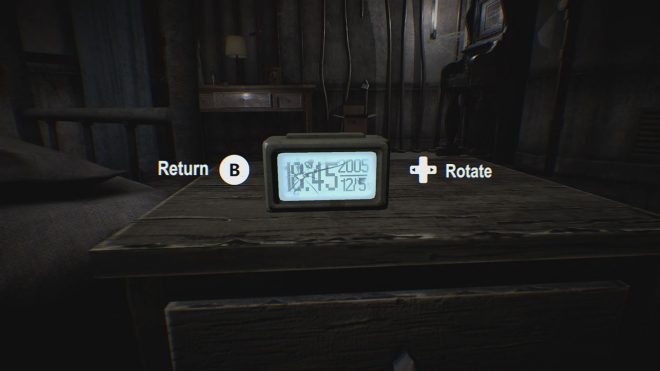 Unfortunately, what starts out as a proper room escape game quickly flops due to the abysmal story as the uninteresting characters and the confusing plot leave players disconnected from the game overall. It doesn’t help that Nekcom tried to leave the game’s ending open for a potential sequel instead of bringing all plot points to a potential ending. This causes a few of the more interesting side plots to become lost in everything that’s happening. To add fuel to the fire the game offers a secret ending that offers no comfort in trying to resolve the questions that remain but offer a completely random, pointless video. It’s for these reasons that it’s best not to waste your time nor money on the game. We can only hope the developer decides to leave it dead.

Dying: Reborn was developed by Nekcom and published by E-Home Entertainment Development Corporation Ltd. The game released on October 30, 2017, for $19.99. A copy was provided for review purposes. 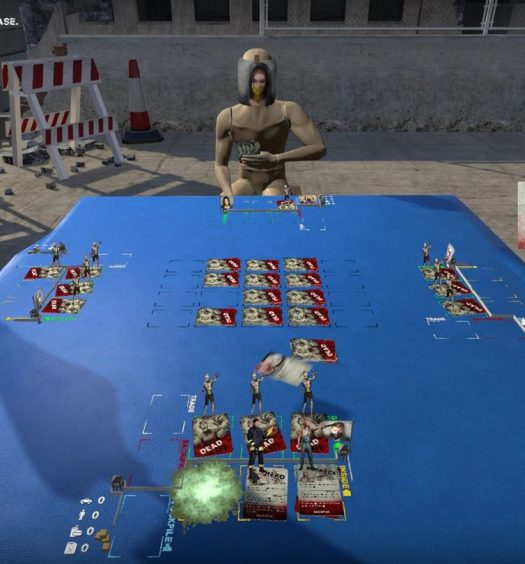