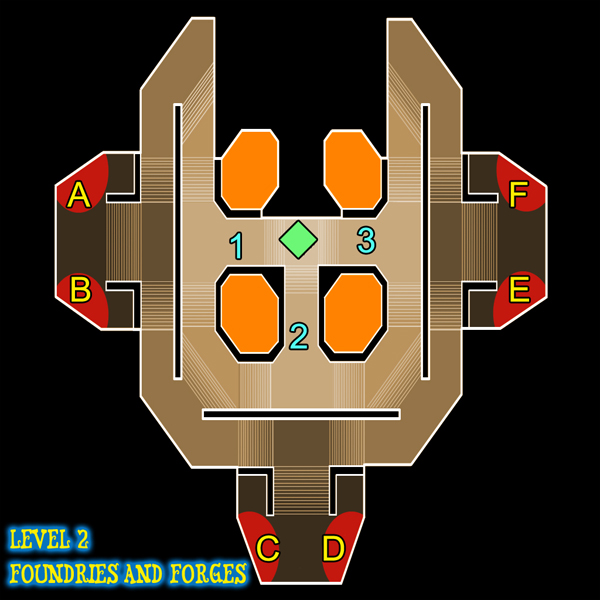 The first four waves will all come from all doors and will be fairly easy to maintain. Only a few of the larger Orc enemies will be present in the first four waves and they will be the enemies that you will want to single out before anything else. Kill those and you should have no problem reaching the fifth wave with minimal blockades in the three major choke points.

Once Wave 5 starts, you will want to look for the enemies with dynamite on their backs, they are called Kobolds. They are easy to kill but they can also do the most damage to your traps and towers if they reach them. Simply single them out and kill them early in the wave so they have no chance to make their suicide runs at your traps and towers. Ensnare auras from the Monk are incredibly helpful against these enemies, so are Huntress traps.

Wave 6 will remain the same as the previous waves for the first half of it. Again, you will want to focus on the Kobolds and the Orcs in that order. Then right before the half-way point of the wave, An Ogre will arrive and enter through door D. This will be your new focal point until he is destroyed. If you are using a ranged character, you will want to remain at a safe distance from his club, which he will frequently swing. If you are a melee character, you will want to run in, strike and run away in order to avoid his counter-attacks. He has thousands of health, so make sure you jump into the attack on him as soon as possible. You don’t want to let him reach your traps and towers as he can destroy them quite easily. Make sure to have ranged towers to backup the blockades at 2, and above all make sure the ogre actually goes to 2 or the defense could be lost. Make sure to have all the blockades at each choke point fully upgraded or enemies will overrun you.

If not properly prepared, the final wave of this level can be difficult as all the goblins level up right at the end. Don’t give up, levels come quickly here along with good loot, try it a second time and victory should easier realized.