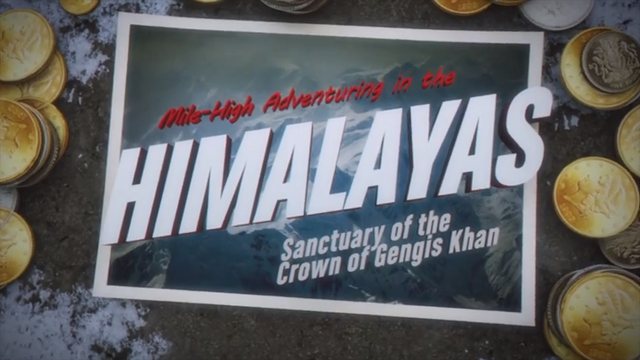 Capcom’s HD revival of a certain duck-centric cult classic is right around the corner, and in preparation for the approaching release of Ducktales Remastered, we’ve received a postcard reminding us of the adventures in store. Duckburg’s loveable pilot Launchpad McQuack sends his regards from high atop the snow-capped Himalayas, in search of the Crown of Gengis Khan to presumably cast into Scrooge’s money bin – though it belongs in a museum.

Ducktales Remastered has been rebuilt from the ground up based on the 8-bit skeleton of 1990’s Ducktales. The levels, the music, even some of the original voice actors all make a return with spruced up aesthetics and a host of new content to flesh out the experience. Ducktales Remastered’s adventure begins September 11 on Xbox Live Arcade, priced at 1200 MSP. To check out Launchpad’s digital how-ya-doing, hit the jump for the trailer.