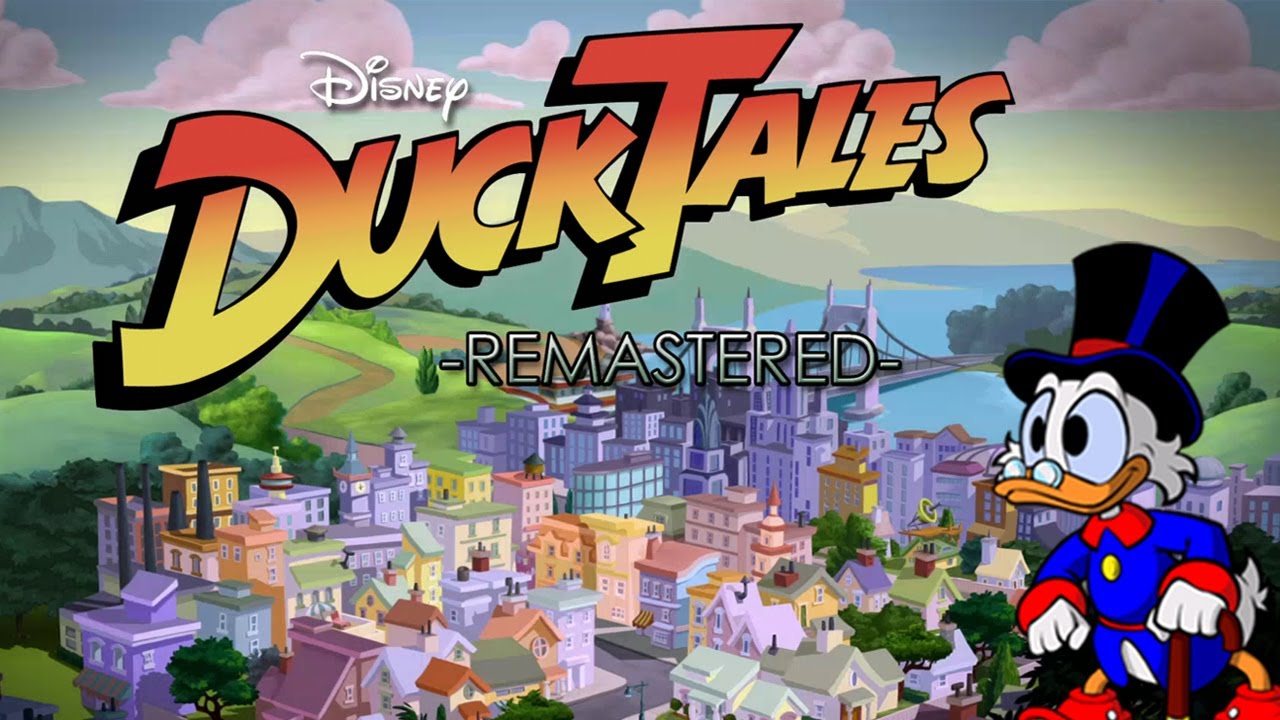 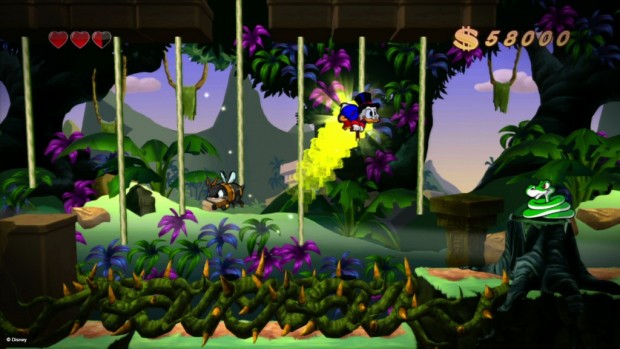 Presentation – Ducktales: Remastered is a gorgeous, vibrant looking game from start to finish. Yes, the game has been spruced up to look stunning on the modern day consoles. It features what is being called a 2.5D presentation. What this means is that the characters are hand drawn in 2D but the levels themselves are 3D modeled. Besides the aesthetics, the music from the original game is still there, albeit given the modern touch as well. Voice acting, while maybe a little much for some, is spot on as they were able to get the remaining living cast to sign back on for another adventure. Including the 93 year young voice actor, Alan Young, who once again plays the role of Uncle Scrooge McDuck.

Nostalgia – Capcom knew what they were doing when it released this game. They were acquiescing to fans who have been clamoring for a reboot for years. And that’s not a bad thing as the remastered version is stacked deep in nostalgia. It plays, for better or worse, as the original. The levels, with the exception of the one new one, are exactly as gamers will be remember them. From collecting gems, the cane pogo, predictable enemies and repetitious levels, Ducktales: Remastered is true to the original. 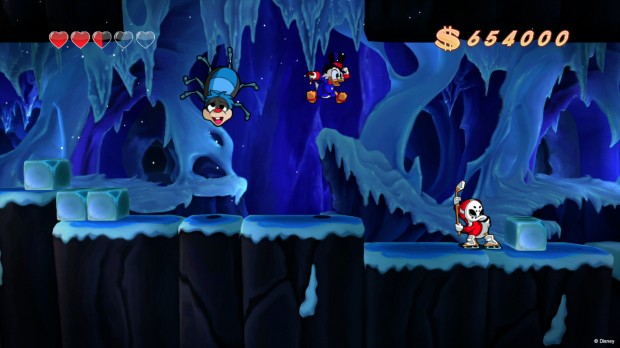 Boredom – Once the first level has been played, the nostalgia is all but gone. Gamers will suddenly be neck deep in repetitious endeavors. Enemies are slow and plotting to the point where they are more of a nuisance than a challenge. It’s not 1989 anymore, and well unfortunately, the gameplay hasn’t changed but gaming has. On any mode but easy, gamers will have to restart the entire level if they let dear old Scrooge die. Yes, this is how the original game was and it’s also how games were “back in the day”. However, times have changed and with so little payoff, there really is no need to play this game on anything but easy. There are no leaderboards and there are no in-game unlocks, all of which would have been an acceptable incentive to try out the harder difficulties. Unless of course, there are some achievement junkies reading this, it would be recommended to enjoy the story, embrace the nostalgia but skip the torment of repeating levels just for the sake of chest beating.

Controls – In 1989, on the NES, there were just A and B buttons plus a d-pad. Now, developers have an embarrassment of riches at their disposal. That being said, there were minimal upgrades to the controller, at best. Holding down the X or B button will now allow Scrooge to pogo at will. However, all is not precise. More often than not, the X or B button had to be pressed again to remind the game to pogo or jump and swipe for that matter too. People demanded 1989, and that’s what they got.

Story time – One noticeable addition to the remastered version is that the story seems more flushed out than before. WayForward Technologies goes out of it way to tell a story that at it’s core is about a duck who wants to be richer than other ducks. Compelling stuff to say the least. Proceed with caution as there are a lot of cut scenes to wade through. Gamers who are not riveted to the story can press the start button and then press A to skip cut scenes.

Pocket Full of Gems – Who doesn’t like in-game collectibles. It scratches a hoarding tendency that lives in most people. Gems are not in short supply. They appear in random locations or can be found by opening treasure chests. Depending on how much loot one collects, there could be as much as a couple of million left over after a level is completed. But sadly these gems can not buy happiness, unless of course owning concept art and sketches is a way to gamer’s heart these days.

Ducktales: Remastered is a fun nostalgic romp for those who have fond memories of the cartoon and the original game. Otherwise, there is not much here that is worthy of the hefty price tag. For those who are curious about this once crown jewel of gaming past, it would be recommended to try the demo before plunking down some cash for this one.