Damsel Review: Fang in There

Damsel Review: Fang in There

An evil vampire corporation is adding a new ingredient to their “Mist” drink. In Damsel, you play a character that wields an ultraviolet shotgun that must find out the secret plan of the vampires. There are 75 frantic levels that will often test your reflexes. Besides slaying enemies, you’ll also be saving hostages, disarming bombs, hacking computers, and destroying cameras. Because the focus is an arcade styled platformer, there is a leaderboard and high scores to aim for. To increase your score, you must collect these purple skulls that appear throughout each mission. Each level is pretty short, but may take a few times to figure out the best path to success. You can do things in any order. The story plays out like a comic book, with a few pages to read after each completed level. Will you be able to put a stop to whatever is happening?

Comic Look — The story is told through a comic book, which after each level expands on what’s going on and why you’re doing the missions. I was quite surprised by how many pages there were. The actual look of the game is also like a comic. It’s very cartoonish as are the special effects, such as being electrocuted or on fire. I really liked the main character. She has a gothic look and even sports purple hair. The hostages look straight from the comics, being a helpless civilian in need of assistance. There are a few games that have done this but it’s always something I find interesting.

Extra Modes — After completing the campaign, you can choose to do arcade. After selecting what chapter you want, it must be completed without dying three times in one stage. There are also bonus missions called Red Mist. They have their own ranking system and during missions select they look like a blood drop. There are achievements for these extra missions that will really prove to be a challenge, especially the Red Mist rankings. Overall the game is short but these additional modes allow people who really enjoy it to have a ton to do.

Bad Negotiation — A lot of levels will have some hostages to save. They are humans that are tied to a chair. It’s usually pretty easy to save them. If you shoot them by mistake, they die and you will instantly fail the mission. It only takes one misplaced shot. I’ve failed so many times because I shot a hostage I didn’t even realize was there. It takes fast-paced killing action and tones it down to “well let’s take this vampire out safely, he’s next to a hostage”. I guess it adds a little more thought into how you approach a situation but sometimes there are a few enemies attacking you and you have to attempt to get on the opposite side of them so you don’t fail from a stray bullet. I don’t mind saving hostages, but I mind having to slow down my gameplay because they seem to be around in almost every stage.

Knock Knock — When you get hit by certain enemies, you will be thrown back like a ragdoll. Literally you will fly to the opposite side of the screen. Sometimes worse, you’ll fall down an area you just climbed up. The worst are the electric gun enemies. They can zap you from almost the entire screen, flinging you through the air and making it so you can’t shoot your gun for a few seconds. It has such a far reach that it’s unfair. It would be a lot better if the impact was lessened by about 50%. It’s ridiculous how much knock back is given when you’re hit. So much so that you’ll want to just restart the mission sometimes.

Combo Meter — When you hear combo meter, you’re thinking stylized moves that help your score and doing awesome things will improve it. Sure, you get points, but not the same way a lot of other games do it. Instead of multiplying based on a streak, you must collect purple skulls to further your score. The more you have, the more it multiplies your overall points earned while it’s up. This is a boring way to get a high score. It’s another example of something that sets back the momentum of gameplay. If you really do care about leaderboards (I don’t), then you’ll have to play levels numerous times and figure out when to actually start collecting them.

After playing through roughly twice, I feel like there was a bit of room for the game to grow into something better. Choices on weapons was my biggest wish, as it would allow you to tackle various stages in a different light. The shotgun has some cool effects but that’s all you get besides a stake that you will seldom use. I don’t care for the combo system, it doesn’t give me any satisfaction. I do really like the vampire world displayed in a comic book fashion, I thought it was done well. I think there’s a lot of room for improvement but it’s still a fun game. As a whole though, I didn’t feel like spending much more than a few hours with it. The design and atmosphere was great, but there were too many things I found to burden the overall experience.

Damsel was published by and developed by Screwtape Studios Pty Ltd on Xbox One. It was released on August 7, 2019, for $16.99. A copy was provided for review purposes. 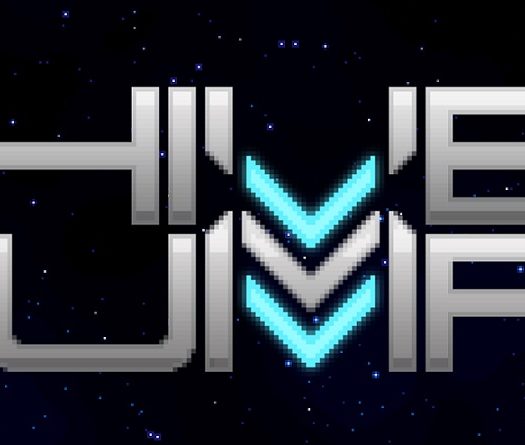