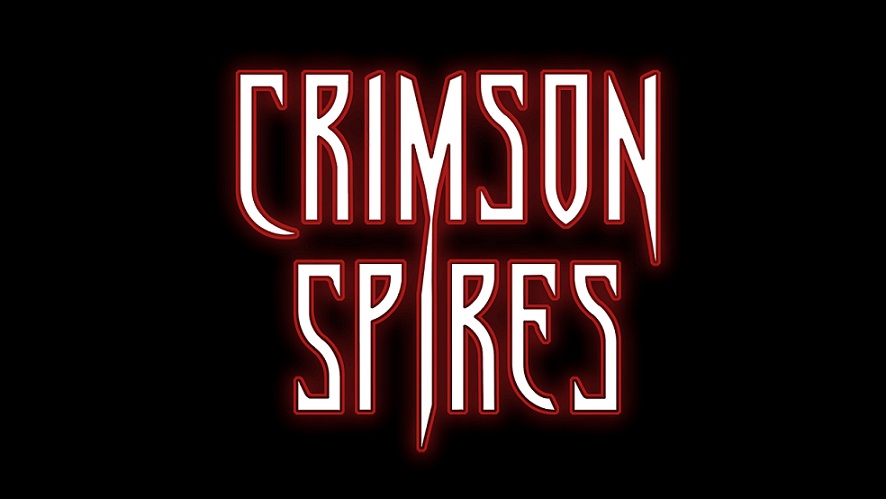 Crimson Spire Review: Stay a While

Crimson Spire Review: Stay a While

Erika Wright, a law enforcement worker, is out on the job and things take a turn for the worse. Giant spires rise up from the ground, encircling the town. Anyone who goes too close to the towers dies. The town tried everything they could, but nothing worked. Luckily, a train goes through the town and drops off resources. It is automated and no one knows where it comes from. It’s their only way of survival. Because so many people had died, there’s not much to the town anymore. There’s a school with one teacher, a clinic with one nurse, and then there’s Erika, the new sheriff. The story in Crimson Spires is told as a visual novel; you mostly read through the entire game. There are a few instances of decisions that lead to different plot elements, and a few scenes where you get to walk around. It’s a mystery with slight horror elements. There are vampires who are also inside the town and have no way to escape. Sounds like Erika will wish she chose a different career path!

Intriguing Story — The whole premise about a town surrounded by a deadly set of spires with no escape is awesome! It would make such a cool television series. In fact, it made me think of WandaVision! There’s so much mystery going on all at the same time. Who’s the Heartbreaker serial killer? Where did the train come from? What are the spires? What are vampires doing here? Yes, you heard that last one right. It’s one crazy, long storyline with a variety of choices that slightly alter what pieces of the story you get to see, including the ending: you get four choices there. There’s even a sort of new game plus after you finish the game.

Good-Looking Read — If you love a good picture book then this might be the gem you’ve been waiting for. All of the artwork is pretty nice. The best scenes will have static drawings and something moving in the background, like a waving flag behind a character. Besides the visuals, the sound is spot on too. The voices fit the character’s designs quite well. The random noises that happen like a loud bang or a door opening give the world some life. I especially like the dark moody music that would often play to raise a little bit of suspense. As a bonus, once you finish the game you’re able to look at a gallery. The images are unlocked through the various choices you made, meaning if you really want to unlock everything then you’ll have to play through multiple times which some people love to do.

Long-Winded — Being a visual novel in video game format, there is a lot of reading. I mean, a lot. It’s going to feel like you’re reading a book at times. There’s so much conversation that is split into pieces similar to a text thread. Luckily if you get bored you can skip through it; there is a lot of filler conversation that happens and you’ll likely want to get to the meat of the story instead of the random side stuff. If I could add anything to the game, it would be for it to be fully voiced instead of only partially. This would allow you to let it play out like a movie instead of having to click the “A” button hundreds of times through every conversation. At least we have the fast forward option, which can kind of speed things up a little bit. Still, there’s just a tad too much text to read. “But wait, it’s a visual novel!” Yeah, I know, but I’d rather it be a visual short story! Anyways, I’m starting to feel like a real hypocrite so I’ll move on now.

Stretch Your Legs — After so much reading, it’s nice to take a break and walk around. Get your muscles moving, you know? There are a few scenes that allow you to do just that. You’re in a 3D world and can sort of investigate. It goes from sharp, delightful drawings to being a shadow to Minecraft’s graphics. It’s ugly, to say the least. There’s hardly any detail and you normally get to walk around in very small areas and interact with two or three things before you’re done. It’s not enough time to get a break from all the reading going on! I found myself liking these scenes only to be disappointed every time. The only time I wasn’t disappointed was during a murder investigation in a gym. I liked the lighting and atmosphere. But the last area you can explore is such a waste. It’s a bunch of cubicles and several floors. You can choose to go up or down while you search for something. It all looks the same so I just kept going upstairs and that’s all I had to do. Without exploring. Maybe there was something I could have found but I could not be bothered with scouring a boring and repetitive building.

The story is excellent, the characters work well, and the art switches between colorful and gloomy whenever it needs to. Can too much of a good thing be bad? It really depends on you. If you have the patience to read through bucket loads of text (I suppose that’s why you’re here instead of YouTube) then you’ll adore this game. If you get a little impatient, you’ll probably end up fast-forwarding through most of the scenes until you get to one that looks like it’s important. I will admit, as much as I loved the story, some of the conversations just didn’t seem like they were going to end. I wanted them to get to the point, so I’d hit that button sometimes. If there were just more scenes of walking around and investigating, I think that would do the trick to be an equal balance of reading and doing some type of action. That or just let me hit “play” and have it read out loud like an audiobook. I am guilty of loving to multitask. Come to think of it, I’m watching What We Do In The Shadows right now. This is very fitting considering there are vampires in this game. Now I’m going off track. If you’ve gotten this far you may as well try it. I see the genius behind it but also got bored and didn’t feel like going through it again for alternate endings. But to each their own!

Crimson Spires was published by Eastasiasoft Limited and developed by Woodsy Studio on Xbox One. It was released on August 11, 2021, for $19.99. A copy was provided for review purposes. 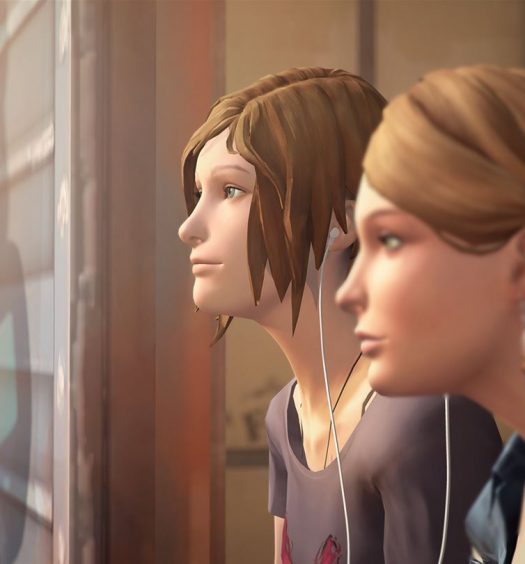