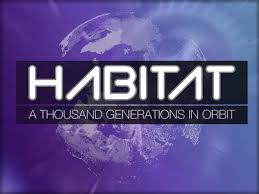 Strategy-loving Xbox One owners can rejoice today following the news that 4gency’s unusual resource management/building simulator Habitat has reached its initial funding goal of $50,000. The game (which has been confirmed for the Xbox One) asks players to focus on gathering space debris to build bigger and better orbital structures to house a growing population, and then to defend it from a variety of threats.

Following the news that $50,000 had been reached, Charles Cox (founder of 4gency) stated, “We are thrilled to have reached our initial funding goal and to now unveil the stretch goals for Habitat. These [stretch goals] are features that we’ve put a great deal of consideration into, as we want to make the best game possible and give the community an experience they’ll love. We are very excited about the future of Habitat and can’t wait to take this game to the next level.”

For more information about Habitat, or to support the game in reaching it’s stretch targets, why not check out the Kickstarter page here?