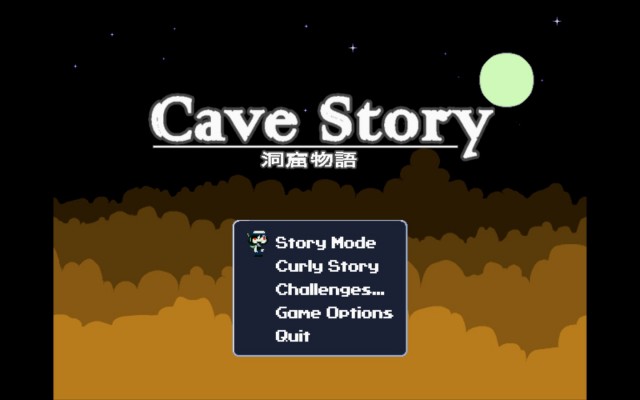 In case you haven’t yet played the popular indie masterpiece, Cave Story received an ESRB rating for the Xbox 360, hinting that some announcement of a release for the platform might be forthcoming.

Unfortunately, there are no concrete details on what will be included in the port just yet. The most likely candidate for a console port is the Steam version, which features a number of bonuses — the above title screen (taken from the Steam edition) is part of the holiday artwork for Halloween today. The Steam port also includes two alternate soundtracks for the game: a “New” option originally releasing for the WiiWare port of Cave Story, and a “Remastered” soundtrack arranged by Danny B, the composer on Canabalt and Super Meat Boy that originally premiered with the 3DS edition. Getting all of these bonuses in addition to the already brilliant base game would be a great way to bring the game to XBLA.

Again, there are no details just yet, but readers will find them here as they become available — this is a game to be excited about!

Update:  Jonathan Holmes over at Destructoid has posted a whole bunch of Cave Story related information about the brand new Halloween sprites and artwork — readers interested should check out the Destructoid article in question, which includes a sweet Halloween illustration of Cave Story’s cast. Nicalis points out that they currently have no plans to port the game to either Xbox 360 or PS3.  Tyrone Rodriguez, president of Nicalis, stated that they “…submitted all the consoles so that we wouldn’t have to resubmit in the future, IF we ever decided to bring to those consoles.”