Here at XBLAFans, the editors are just as crazy about their games as our readers.  To celebrate Brawler Week, our staff chimes in on their favorite titles from Xbox Live Arcade. Since we have a wide variety of personalities and tastes, we decided to allow each writer to choose one of their favorite brawler, rather than doing a Top 10 list. Read on to see if your favorite was chosen.

Final Fight: Double Impact is one of those games that people recall from the glory days of arcades.  Somehow it’s stood the test of time, even with its dated gameplay mechanics.  There’s something satisfying with the old button-mashing games, and while others in the genre may not have aged well Final Fight shines as much today as it did back then.  To add to the incentive the soundtrack was remastered by Simon Vilkund (Bionic Commando Rearmed), bringing the chiptunes into the 21st century.  The arcade classic Magic Sword is also included with the game, along with an cabinet view for that at-the-arcade feel.  While more could have been done to justify its 800MSP price, it’s still a joy to play.

While Shank may have been attacked by some for its 15$ price tag, it was hard to argue against the sheer beauty of the game. Boasting an exhilarating hybrid art style: one part spaghetti western, one part grindhouse, and one part Cartoon Network original series with a splash of Rambo; Shank pushed the bar for quality 2D brawlers. But this game was more than just a pretty face. Simple yet elegant controls put players right in the middle of the action, allowing them to fulfill their most carnal desires as a walking arsenal of death and destruction. Taking a page from the classic double dragon handbook, the game contains split-screen co-op gameplay, and let’s be real. It’s more fun being a total bad-ass when other people get to see it too.

Scott Pilgrim vs the World

There aren’t many great Canadian comic book heroes besides Wolverine but one that’s more personal that the common gamer can really identify with is Scott Pilgrim. As a slacker bassist for a band, he meets the girl of his dreams Ramona Flowers but finds out dating her isn’t so easy. She has seven evil ex-boyfriends and must do battle with them on the streets of Toronto. The book combines video-game logic with a love story that wear it’s roots of gaming on their sleeve (and t-shirts).
The comic book series was made into a film that got a spin-off downloadable game that plays like River City Ransom titled Scott Pilgrim vs. The World. It’s a 4-player brawler in the vein of classic arcade games with a radical 16-bit look that feels like you’re playing a modern retro game. If you want a deep, engrossing beat-em ‘up that combines gaming and indie rock cultures, you’ll find no better than Scott Pilgrim.

Castle Crashers is the shining star of the XBLA marketplace. Players take up the role of one of four colored knights to retrieve a gigantic power crystal from a generic evil bad guy in up to four player co-op. As the game progresses through thematic environments and hilarious and challenging boss fights, players get points to spend on speed, defense, power and magic attributes via leveling up. Combat is chaotic and full of excellent combo button mashing. A once-through is a good 4 – 8 hours depending on which characters you use (each character has a different set of magic attacks) and which stats you upgraded. However, you’re not done there, along with the campaign being very replayable, there’s also the arena which makes for some great PvP. Castle Crashers has a great hand-drawn style to it which tops off the incredibly replayable, co-opable, RPG-unlockable, item-findable boss-beatable experience. 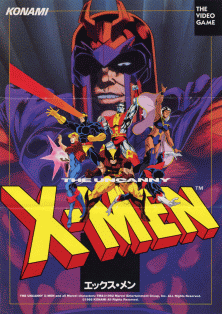 XBLA serves two purposes very well: it’s a platform for getting quirky, risky, or otherwise disenfranchised indie games into the public eye, and it breathes new life into the arcade classics of our youth. X-Men is one of those quarter-eating wonders from yesteryear. If you were one of the lucky kids that had a neighborhood arcade with the six-player cabinet, then you probably knew the adrenaline-filled rush to get your favorite character. (Who wanted to be stuck playing Dazzler?) By modern standards, the game might seem simple and repetitive—especially with unlimited continues—but it’s still a blast to play with friends. Get six people together in online co-op and you’ll remember what side-scrolling beat ’em ups are all about: fun, teamwork, and kicking the snot out of a few hundred mutant-hunting robots.

When someone mentions 2D brawlers there are a handful of games that will immediately leap to the front of people’s minds. Streets of Rage 2 (or just the series in general) is one of those games. It took an already great brawler and added just a little bit more depth and the results were an extremely satisfying combat system. You now had more special moves and ways to take down the waves and waves of street punks you were pitted against and it felt good! All this while some of the best video game music there is plays in the background. 16-bit music really doesn’t get much better than the Streets of Rage soundtracks. The XBLA port, like most of Sega’s, does about as much as you’d hope. There are minimal options but the addition of online co-op makes the game a must buy for anyone who wants to relive their youth, complete with the ability to accidentally kill your co-op buddy. 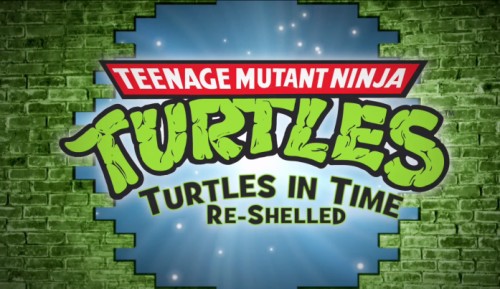 Let me first start out by saying that I have grown up with TMNT. This was my cartoon of choice, and so to be able to personally go back in time mentally while playing the newly skinned Turtles in Time was a blast for me. A simple game at its core, most players will find the occasional interactive environments to be both comical, and refreshing. When first playing through the game, I found myself laughing at just about every stubbed toe, or plank to the face. That is what makes Turtles in Time stand out to me as a fan and a gamer. The new coat of paint on this title made it stand out, without breaking the solid classic game’s playability and feel. Being able to cooperatively  fight your way through hordes of the foot clan really made this game a worthwhile purchase. The catalog of XBLA brawlers is very deep, and some of other games in this feature may have deeper experiences, but there would be a noticeable lack of heroes in a half shell without this title. Turtle Power.