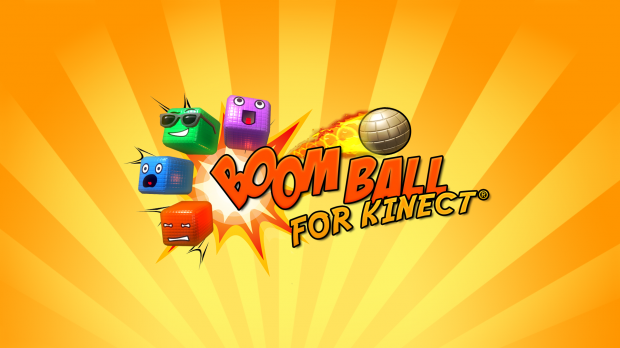 Raise your hand if your favorite Kinect-based experience was the “Rally Ball” game in the original Kinect Adventures on Xbox 360. Me too! Well, good news — now we’ve got that same idea expanded into a full ID@Xbox game in the form of Boom Ball for Kinect.

If you’re like me, the idea of a first-person, 3D, motion-controlled Brick Breaker sounds like an absolute blast. Indie studio Virtual Air Guitar Company seems to agree and created 55 levels of brick breaking to satisfy that craving. The only question: is it any good? 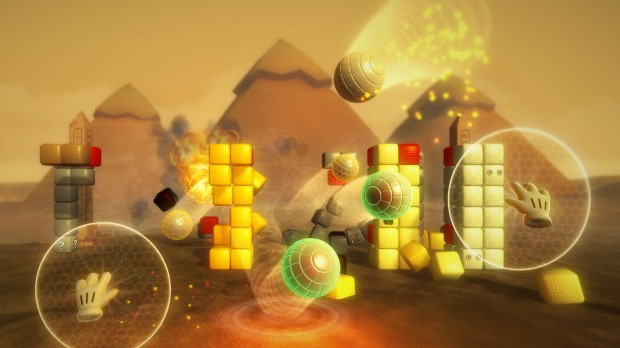 The concept – Like I said, the idea of bouncing balls at bricks in a first person view is as fun as anything. Adding the high-energy silliness of Kinect into the mix adds to the experience, especially since this game is clearly aimed at kids.

The artwork – Some might fault Boom Ball for its simplistic graphics. I think they’re adorable. Everything that can be destroyed or interacted with is in 3D, while the background behind it is in a pseudo-2D style. It’s very cartoon-like and has a really unique look to it. 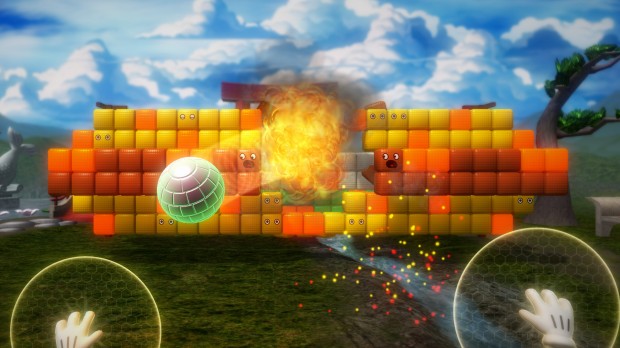 Where are my hands? – To be fair, I hadn’t played any Kinect 2.0 games before checking out Boom Ball. All of my Kinect experiences have been on the Xbox 360, so maybe I was expecting too much, but controlling this game almost makes it seem as though Kinect as an accessory has taken a step backwards in playability. In order to hit the ball, I felt like I needed to move around in slow motion. Even the level select screen was a chore to navigate. Once you get the ball moving it’s not so bad, but initially hitting the ball that’s sitting still in the middle of the screen feels incredibly unnatural.

Paddles – Adding to the control issues, you can’t swipe at the balls to hit them in a natural way. It’s almost as if you’re just moving around two circular flat paddles. You know when you’re playing Breakout, Arkanoid or a similar brick-breaking game and you get the ball stuck in a way that you keep hitting it to the same spot over and over again? Expect that to happen… a lot.

The music & sound design – I know it’s a kids’ game, but the music is simply grinding to listen to. There’s also very little variety to the sound effects, which don’t add much to the experience to begin with.

I didn’t hate Boom Ball. It’s certainly not for everyone, but $9.99 isn’t a bad price for 55 levels of content. I had a fairly fun afternoon struggling my way through. Just be warned that if you do give it a try (and really, you should only check it out if you really love this kind of game), the controls are going to take a lot of getting used to.