A little boy is lost in the woods, vanishing without a trace. This isn’t the first time someone has gone missing in Black Hills Forest. Ellis, a former police officer, decides to join in the search. He arrives a bit late accompanied by his trusty animal companion Bullet. With a troubled past and PTSD from war, Ellis becomes lost in not only the forest but in his mind as well. The game is based on the Blair Witch franchise, so you will see the recognizable symbol throughout your horror-filled adventure. Besides being able to order Bullet (a dog) to do various tasks, Ellis also finds a video recorder with what appears to contain supernatural powers. You’re able to rewind and fast forward the video to manipulate the world around you. It is a psychological horror game that mostly focuses on figuring out where to go next. You will be thrown down a path of misery and confusion.

Horrific Atmosphere — One of the most frightening natural environments in any horror story is “the woods”. Trees that go in all directions for miles give a panicked feeling of being lost. This holds especially true when it’s pitch black. In Blair Witch, your main source of light is a simple flashlight. This may remind you of Alan Wake, arguably one of the best games ever made. Sometimes your viewpoint is literally only the light being cast from the flashlight. Similar to Alan Wake, when a monster is present, your only way of dealing with it is to shine your light at it. It does destroy it, but can be fairly difficult to spot the monster in the first place. It moves extremely fast and hides behind the tree trunks. This causes chaos of spinning around frantically while your dog is barking. While there are only a few times you must destroy these enemies, you always have the thought that they may be attacked at any time. It creates despair that is critical for the horror genre. There is one specific scene that stopped me from playing for a few minutes. I am extremely hard to scare, being that I’ve exposed myself to this genre from an early age. I not only play horror but watch it quite religiously. It takes a lot to make me jump. But when wandering around the house near the end of the game, a scene happens that I was not expecting. My heart skipped a beat and I just left my character standing still. I was very shaken and was thrilled to have finally gotten a scare I hadn’t had since Condemned: Criminal Origins. If there’s anything worth playing Blair Witch for, it’s the moment I experienced. To me, it’s the scariest jump scene in at least a decade.

Say Cheese and Die — You’ll have a camera, just like the movies. Well, almost. This camera seems to be something special. You can watch a video tape, use the footage, and sort of manipulate time. Let’s say someone had a shoe on the ground in the footage. In front of you, there is no shoe, but if you go to the point where there was a shoe in the video and pause it, the shoe will appear in real life. This works for opening certain doors as well as obtaining items you need. I think it’s absolutely clever and well designed. It not only gave you some background of what happened in that area but also allowed you to solve a fun mini-puzzle. I only wish there was more of it, but the amount in such a short game seemed to be perfect.

New Phone, Who Dis — The phone you have is one of the best implementations of one I’ve seen. You can call numbers in your phone book, read texts, and even play the equivalent of Snake on it. It was a blast to use and looked just like it would have in the days before smart phones. I liked flipping through it as if it was my own phone. You can change the wallpaper and set a different ring tone if you’d like. You could choose to answer it and could completely ignore someone calling, or answer it for a conversation. I work in the cell phone industry so I was actually quite amused with it.

Dog — Having the dog Bullet accompany you can make things a little less frightening. While normally in survival horror you’re alone, Blair Witch gives you a reason to push on. There are a lot of commands for Bullet, however, almost none of them seem to do much. The most common command is to fetch which is, through my experience, completely broken. There were times I spent several minuets struggling to get Bullet to grab an item I needed. In one case, I gave up and was able to move on without getting him to fetch me what I figured I needed. Want to pet your dog? Great. I’m not sure what this ever accomplishes. A big part of having Bullet is for emotional support. But these specific events are triggered and there is no petting needed. You can kind of discipline the dog, but again, it adds nothing to the experience. The command bar feels more like an emote system rather than a tactical approach to navigating the forest. You can feed your dog treats but, yet again, it seems like added fluff. Of course, you’ll likely care for Bullet, so much that you forget your actual mission is to find a missing boy.

What’s Going On — At first the story is quite easy to follow. Ellis has a troubled past and seems to be seeking some kind of redemption for finding the missing boy in the woods. The pieces fit well at first, but then start piling on and it’s hard to keep track of what is really going on. Flashbacks of military service and time as a police officer are fine but seem to almost get in the way. It turns into a personal dilemma and the focus strays from the importance of finding the kid. The flashbacks are typically spaced out well, and you’re usually playing them while still in the forest. It breaks down very quickly when you reach the house. Inside, you will be plagued with flashbacks and confusing scenes that make the house seem like some giant mansion that has no exit. You can barely catch a break as all this new story information is thrown at you every few rooms. It starts to make no sense at all. The game ends in confusion, and there are alternate endings but they’re just sentences thrown in before the credits. It’s the kind of story you enjoy at first but then stop caring about.

There are plenty of awesome horror games to play. I’ve played most of them (at least on Xbox). Because of the horrible glitches I experienced along with a confusing end sequence, I was not able to enjoy it entirely. It’s not a bad game; in fact, quite the opposite. There just was no room for that much error. With only one game mode heavily focusing on story, it just has to be done right. You can complete the whole adventure in just a few hours. Is it scary? Yes, they have done a fantastic job with jump scares and being lost in the eerie woods. I wanted to give it another try, so I started a new game. When in the first area I could not get Bullet to fetch the hat for me, I force quit the game and decided not to bother. If they ever fix the issues, I may revisit the forest and get lost all over again.

Blair Witch was published and developed by Bloober Team on Xbox One. It was released on August 30, 2019, for $29.99. The game was played using Game Pass. 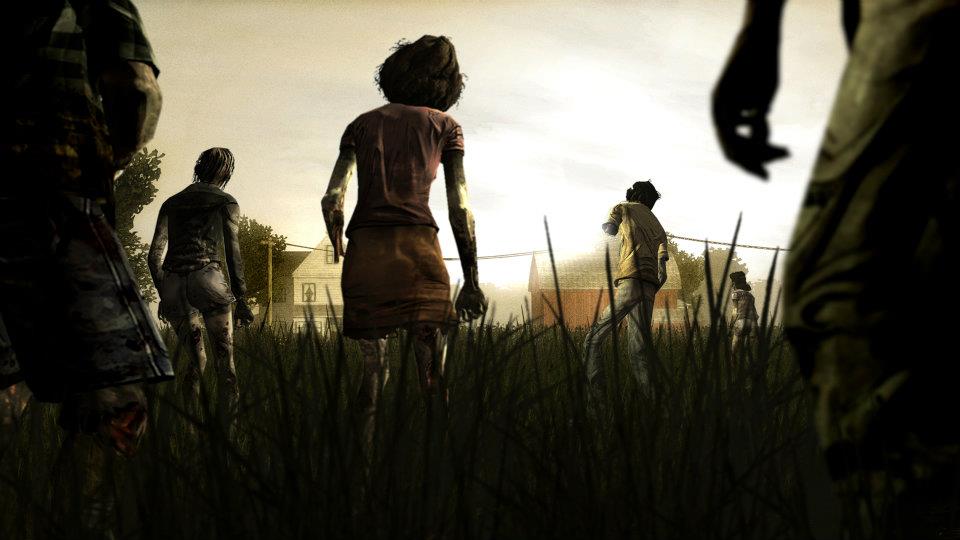