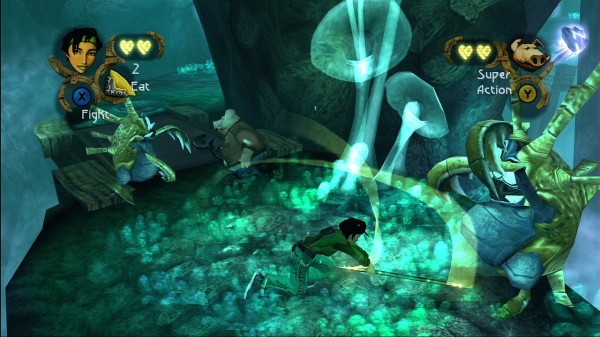 Charming, character – The first thing that becomes immediately apparent when loading up Beyond Good & Evil is its charm. Hillys is a very interesting world to behold, with an array of odd and unique wildlife. And its inhabitants, most whom are various types of anthropomorphic animal, have a lot of character in their stylized designs. It makes for a good first impression. The game is often very cinematic, cranking up the slow-mo and pulling the camera around for grand sweeping shots. It doesn’t always work quite as planned but most of the time coupled with the soundtrack it leads to some dramatic action sequences.

Delightful diversions – Outside of the main missions there are a variety of mini-games to partake in. The most notable of which is the games photography mechanic. Early on Jade is tasked with taking pictures of all of Hillys’ wildlife, which is currently in danger due to the Domz attacks. A lot of the wildlife won’t be too hard to find but some require a little more exploration and occasional puzzle solving. While very simple, figuring out how to capture a picture of certain creatures proves immensely amusing and addictive. There are also various challenges presented by select characters which range from races in Jades hovercraft to an air hockey style game. Players are encouraged to try their hand at the mini-games as they often award pearls, the games most precious currency, for completion.

Unique and endearing soundtrack – The music in Beyond Good & Evil is varied and unique but almost always a joy to listen to. From odd up tempo pop during mini-games to almost ethereal and soothing background music during down time. While it could flow a little better there is no denying that the music is well cued, if it’s an action scene the music will get the blood pumping. If it’s a poignant emotional moment then your heart-strings will be tugged. There are few game soundtracks that can claim to be as eclectic as what you’ll find here. 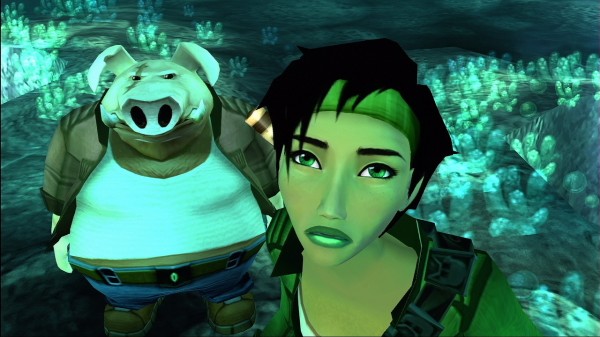 HD isn’t enough – While it’s great to see that Ubisoft decided to put a bit of effort into this port it’s hard not to feel like they could have done more. The graphics look good for the most part, though they clearly aren’t quite up there with the best looking XBLA games. The texture work done by Ubisoft Shanghai is impressive, although occasional graphical glitches do crop up especially toward the end. That being said there are lots of instances where little or no work appears to have been done. The games controls or camera seem untouched for example, and both could have been greatly improved.

When every game needed stealth – Back in 2003 when Beyond Good & Evil was first released there was a trend in which many games included stealth sections. While stealth in games isn’t necessarily a bad thing, it does have to be well implemented and executed. Here however the stealth sections, of which there are many, are tedious and often infuriatingly obtuse. Sadly a lot of the gameplay consists of these stealth sections which really leaves a bitter taste when particularly irritating parts need to replayed over and over. These parts usually involve instant death upon being discovered by enemies.

Puzzling endgame – The tale of the liberation of Hillys is an interesting and often intriguing one and the cast of characters you meet throughout while shallow are usually good fun. However this all seems for naught once story comes to a head at the games conclusion. Everything takes a rather odd turn quite out of the blue and it’s jarring to say the least. On top of that the game ends on a cliffhanger of sorts which leaves much of these twists completely unexplained. 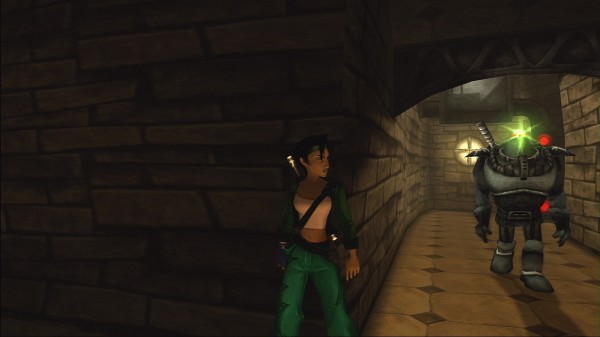 Beyond Good & Evil HD is a commendable attempt to give the game a chance to reach the audience it failed to the first time round. However it seems half-hearted, the original game is not without its shortcomings which could and should have been improved for this release. Those two little initials of ‘HD’ really do only apply to the visuals.

For those who have played the game before there’s little reason to jump in again unless you really want a slightly better looking version. Anyone who has yet to play Beyond Good & Evil and is looking to see what all the fuss is about would do well to be aware of what to expect. There is a lot to like here but it is marred by outdated mechanics and sensibilities.

If you’re struggling to find all the pearls and animals in the game be sure to check out our handy guide. Ubisoft have also released the excellent soundtrack for free, get more info here.