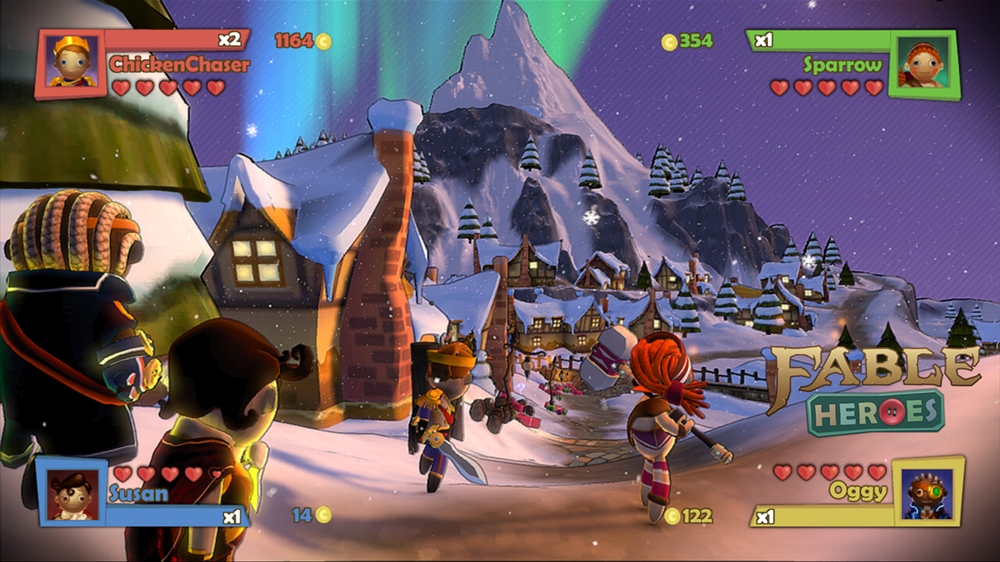 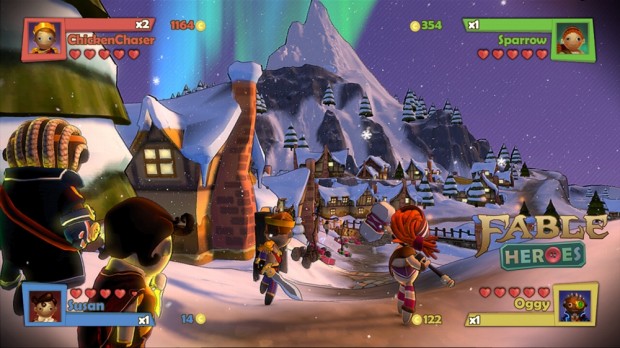 Why choose Fable Heroes, I hear you ask? Well, this quirky beat-em-up from Lionhead really caught my eye when it was released last year as a part of Microsoft Studios’ arcade NEXT promotion. Fable Heroes really is a nostalgia-fest for anyone even remotely interested in the Fable franchise, featuring backdrops and characters that any Fable fan would recognise, including Reaver, everyone’s favorite anti-hero who is a playable character in Lionhead’s XBLA take on its signature franchise.

Whilst Fable Heroes doesn’t take too long to complete, it offers a lot of replayability as you try to complete the game as every character and unlock all of your character’s upgrades via an interesting board game mechanic. Rolling a die to randomly determine your upgrades was something that both excited me and at points, admittedly, frustrated me. It wasn’t perfect, but it did make sure I was never bored with the experience.

Unlike its retail brethren, Fable Heroes needs to be played in multiplayer; it’s simply more fun that way. The whimsical charm of the game is an experience that is at its best when shared with other players.

My favorite thing about Fable Heroes, though, is how it came to be. The inspiration for the game came out of Lionhead’s annual “Creativity Day,” during which staff members are all challenged to come up with an idea for a new game. I love the idea of encouraging new game ideas this way and feel like more developers should follow suit, especially when the end result is this much fun! 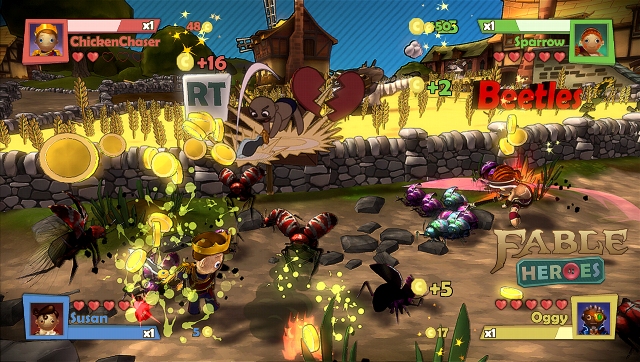