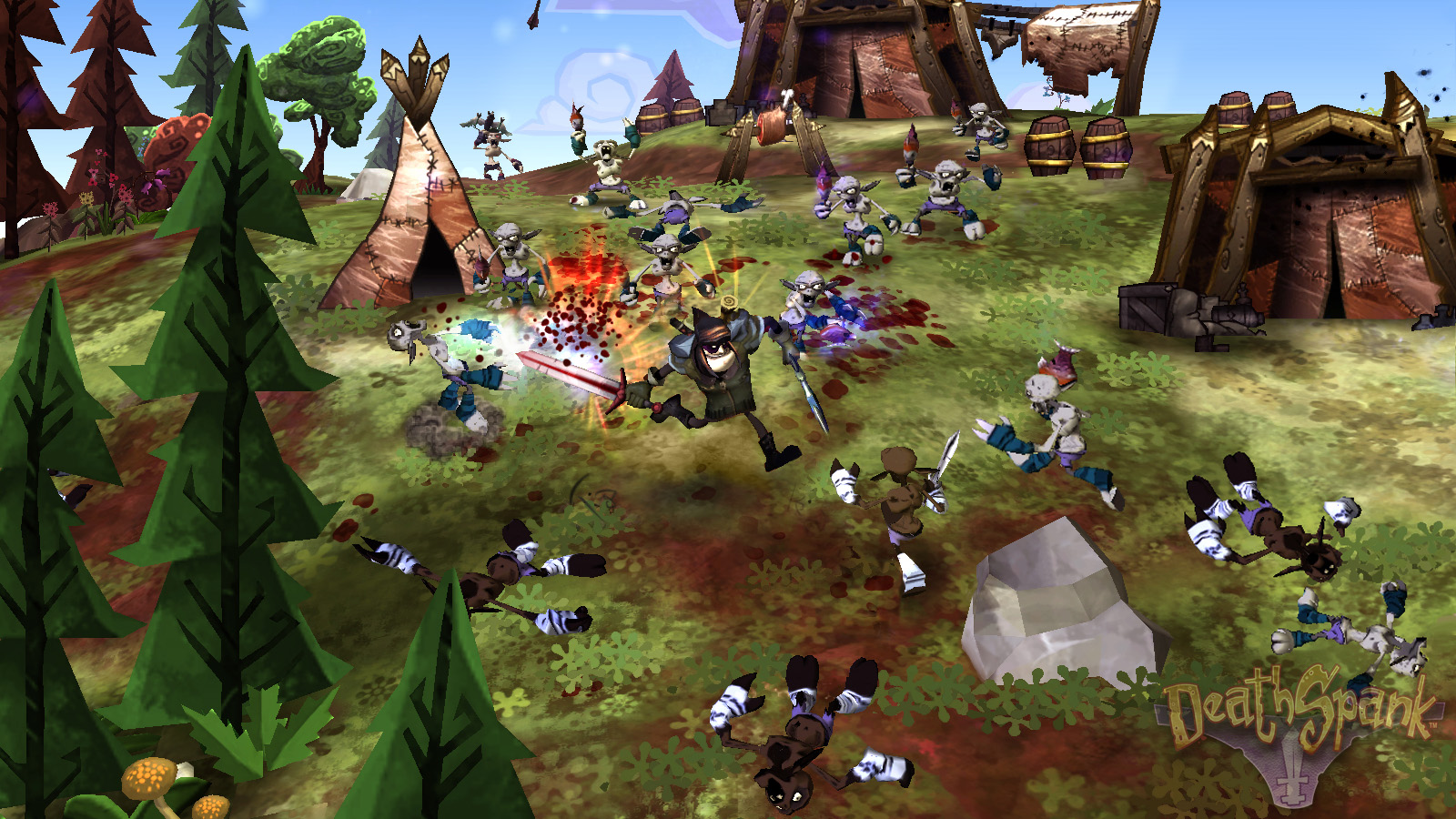 Best of the rest: DeathSpank 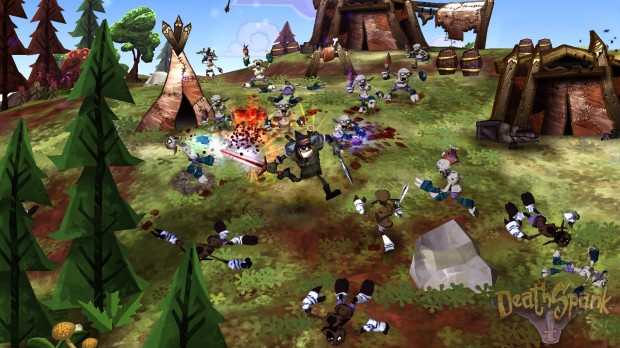 Of all of my favorite games on XBLA, DeathSpank is easily my guiltiest pleasure. It’s the kind of game that’s hard to recommend; just saying the title out loud feels bizarre. The reason I love this game is simple: it’s one of the funniest games on the platform. DeathSpank wants nothing more than to be a hero to the downtrodden, but unfortunately he’s also a bumbling idiot. His voice acting — every line is delivered perfectly — and writing make him a hilarious character.

The main story is the usual “defeat the evil king” cliche, but it’s done in a very entertaining way. The quests will have you doing the most ridiculous things — when was the last time you played a fantasy game where you had to collect unicorn poop? DeathSpank’s adventures take him through a distorted fantasy world that compliments the character perfectly. The world unfolds akin to Animal Crossing’s rolling pin-shaped world. Scenery is nothing more than colorful cardboard cutouts, giving the world a cartoony wonder that makes it so fun to explore.

The whole game is one absurd adventure, and while not every joke hits its mark, the overall tone does leave a great lasting impression. DeathSpank is simple and fun and deserves to be checked out by anyone tired of playing games that take themselves too seriously.