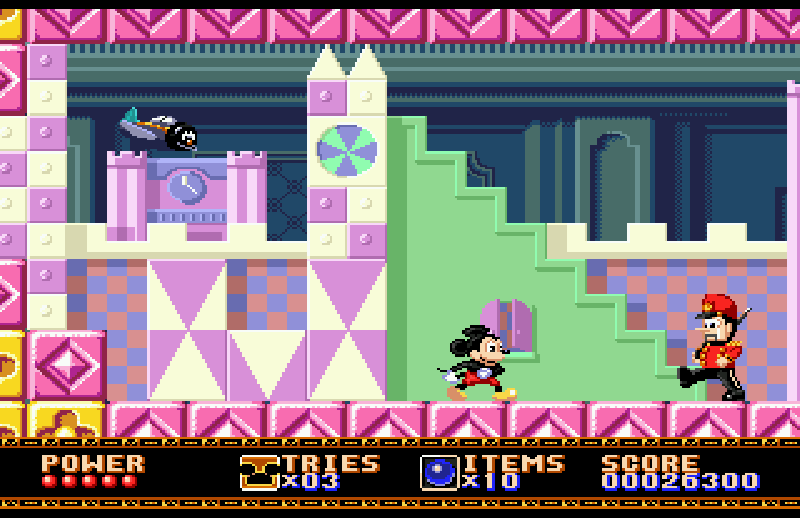 In March of this year rumors of an enhanced remake of the 1990 Sega/Disney sleeper hit Castle of Illusion Starring Mickey Mouse began to surface. A month later it was all but confirmed that the remake was indeed real via digital box art and a short teaser trailer. The box art was hastily removed from Xbox.com until the official announcement was made shortly thereafter. And now we get our first look into just what makes this remake tick. The developers have hired Emiko Yamamoto, director of the original game, as an advisor for the enhanced remake. Additionally, the video delves into what sort of licenses they chose to take given the updated technology of our day. No firm date has been set, but the magic 8-ball points to some time in Q3 2013.