I’m going to try to refrain from calling anything in Bad North ‘simple’ because it would get tired quick. I don’t mean that in a bad way, in fact, it’s a compliment. Bad North is a distillation of the real-time strategy genre, boiling down the concept of commanding units on a battlefield to its most basic components. No story, no complex command system, just a small island of warriors and a sea full of vikings looking to burn their villages to the ground. 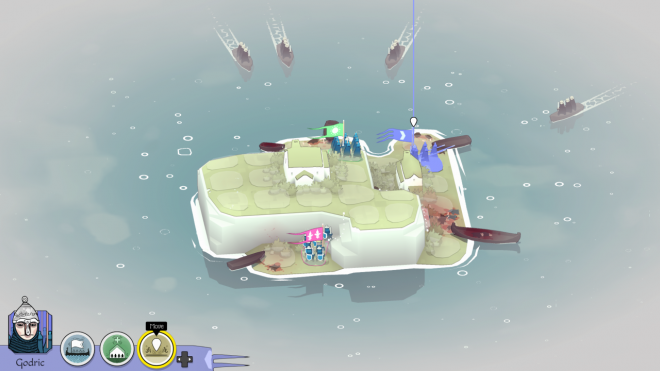 Real(ish) Time Strategy – Every battle drops your units onto a small island in which they must defend from the vikings coming ashore to burn them down. You have free reign to command any unit at any time, and engaging an enemy troop is as easy as moving one of yours in proximity. Moving troops is your primary means of battle, but stronger groups will have a special attack and/or equipped item they can be commanded to use whenever it’s not on cooldown. Battles happen in real-time, but once you pull up the command menu time slows to a crawl. While not slow enough to let every turn take forever, it provides enough leeway to make snap decisions without any unwanted blood spilled. It’s an efficient setup that feels right at home on a controller.

Knight class – When you first get your units, they’re all standard militia brandishing only swords. They’ll run around and hack enemies up just fine but are weak. Using the money earned from successfully defending houses you upgrade your troops into one of three classes: Infantry, Pikes, and Archers. The infantry act much like the base class, but also carry shields to block projectiles. Pikes are a fierce melee class thanks to their long spears, but have limited mobility while fighting. Archers are what you’d expect, great for picking enemies off at a distance but terrible at close-quarters combat. Enemies come in a wider array of varieties yet share many similarities, with the strengths and weaknesses of both sides matching up in a very rock-paper-scissors way. Archers are great for picking off grunts before they reach the shore, but if they’re carrying shields, you need support waiting on the shore. If another boat is coming filled with archers, your shoreline troops better have shields or else they’ll be picked off quickly. It’s all easy to understand, but once you have a full army going against a large naval force following these rules becomes an unpredictably hectic balancing act. The depth of the game doesn’t come from the number of commands you can give, but the strategic juggling of the few commands you have. Going Rogue – So much of what the game does well is lessened by one underlying feature: it’s a roguelike. Every game is a randomly generated map of randomly generated islands with randomly generated rewards. Fine so far, but each game only takes a couple of hours to reach the end. Since this is a roguelike, you’re much more likely to die somewhere in the middle and start over repeatedly. While its gameplay is fun, its pared-down approach doesn’t mesh well with this structure. Every game starts exactly the same, with you in control of a couple of low-level troops. The starting islands are easy, leisurely sending in a few grunts one small boat at a time. The game doesn’t pick up until later on when you’ve got a full army of four specialized troops, but it takes too long to get there. New allied troops are few and far between and under-leveled when recruited. Most fights serve no other purpose than to move forward on the map. Enemy troops slowly become more varied, forcing you to adapt to new tactics, but the difficulty doesn’t scale well. Around the midpoint, things take a steep dive, and you most likely won’t be prepared for the sudden slaughter. Losing all your commanders means game over, and it’s back to the beginning with nothing carried over from your previous attempt. You’ll want to try that hard island again, but no, you have to start a new game. Repeating the beginning stuff is the curse of any roguelike, but since this is an RTS, there’s no way to rush through the easy stuff. I’ve literally completed islands by placing my troops at the start and just waiting for the baddies to slowly trickle in; once you get the hang of it the first third of every campaign is excruciatingly dull.

Two if by sea – For a roguelike, the game also does very little to keep constant replays interesting. You get blank troops that can be upgraded to one of three classes, and that’s it. They can be upgraded to be stronger, and you can choose whether or not they have the one class-specific special attack. That’s it; upgrading units isn’t interesting, because there’s so little room for experimentation. The only choices you get to make are what classes you have, which isn’t much of a choice since you need all three to exploit enemy weaknesses, and who gets leveled up first. The only real way to differentiate a class is with an item, which is permanent once assigned. These items are given as a reward on random islands, and while there are some interesting powers available, they’re fairly rare and lacking in variety. The only upside is the random islands since their landscape will greatly influence your tactics, but that’s not interesting enough to carry the game. I was completely enthralled with Bad North‘s simplified take on the RTS and its straightforward yet tactical gameplay – up until I died the first time. There are some neat ideas here, but the roguelike structure highlights its weaknesses more than its strengths. The brilliant minimalism is really only intriguing the first time around; all other times you’re trudging your way back to the part where it gets interesting, then suddenly losing it all.

Bad North was developed by Plausible Concept and published by Raw Fury. It was released August 28, 2018, for $14.99. A copy was provided for review purposes. 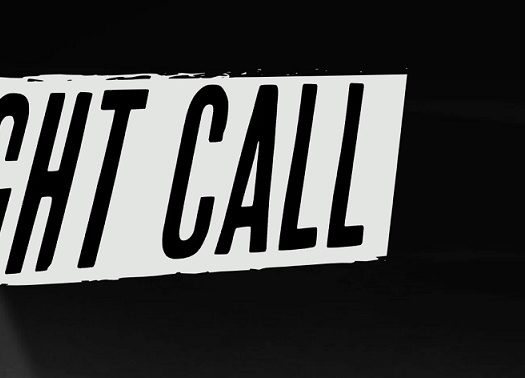 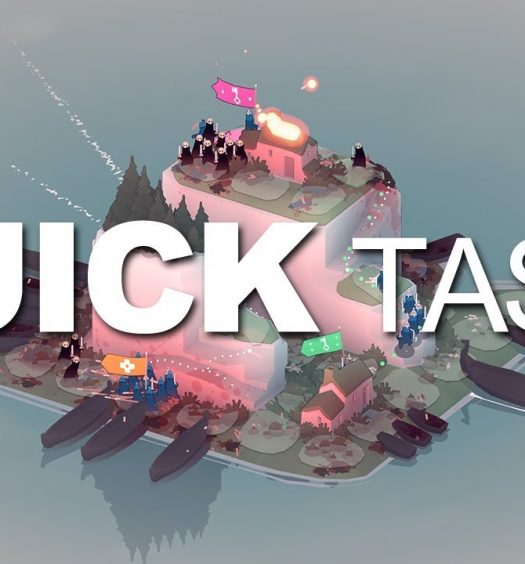