Ryan works in management and currently serves on the Village Board where he resides in New York. Ryan has contributed to various gaming websites since the age of 15 and is excited to be involved once again at the age of 25. As a contributor to XBLAFans, Ryan enjoys delivering news and his perspective on games and the industry to fellow fans once again. Follow Ryan on Twitter @RyanReynoldsIII.
Latest Posts | By Ryan Reynolds

Earlier today, Xbox Live’s Major Nelson put up a detailed list of the Xbox 360 games that will be making an appearance at the upcoming Penny Arcade …
END_OF_DOCUMENT_TOKEN_TO_BE_REPLACED

Ubisoft and Demiurge Studios have debuted a new trailer for their side-scrolling shooter Shoot Many Robots. Players will step into the shoes of redneck P. Walter Lugnut who is …
END_OF_DOCUMENT_TOKEN_TO_BE_REPLACED

Our friends over at Joystiq have uncovered the first in-game footage of Undead Labs’ Class3 running on CryEngine 3. While the footage shown certainly doesn’t give us any indication …
END_OF_DOCUMENT_TOKEN_TO_BE_REPLACED 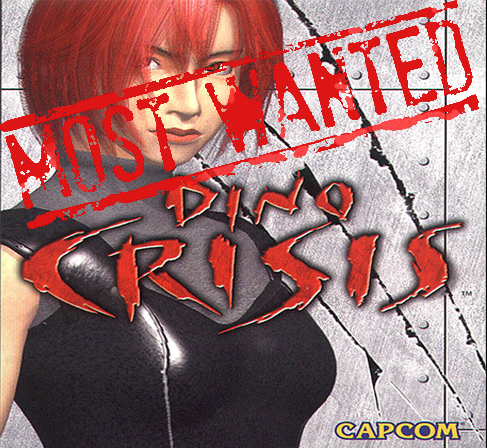 During the peak of the original PlayStation, legendary game designer Shinji Mikami rose to fame by creating several classic franchises. First in 1996, Mr. Mikami created Resident Evil, and with it, the entire survival horror genre that we know and love today. A few years later in 1999, Mikami created his second survival horror franchise; Dino Crisis. While not quite as commercially successful as its older sibling, Dino Crisis and it’s sequel Dino Crisis 2 were both met with praise from the media and the growing survival horror fan base.

Starring a leather clad red head named Regina, Dino Crisis swapped mindless zombies for everyone’s childhood wonder: Dinosaurs! Players were now struggling to survive in a world that has been overrun by one of the mightiest and most vicious species to ever walk the Earth. Dino Crisis took the survival horror formula, and turned it up a notch by making the enemies deadlier, trading the narrow corridors of a mansion for a facility deep inside the jungle. What could be scarier and more heart pounding than trying to survive a dinosaur infested jungle?

END_OF_DOCUMENT_TOKEN_TO_BE_REPLACED

Grasshopper Manufacture and Digital Reality are teaming up to bring the newly announced Black Knight Sword to Xbox Live Arcade this winter. Unveiled today at Gamescom by legendary composer …
END_OF_DOCUMENT_TOKEN_TO_BE_REPLACED

SkyDrift developer Digital Reality has posted a new Q&A on the game’s official Facebook page detailing their upcoming game, it’s development and why they chose to take …
END_OF_DOCUMENT_TOKEN_TO_BE_REPLACED