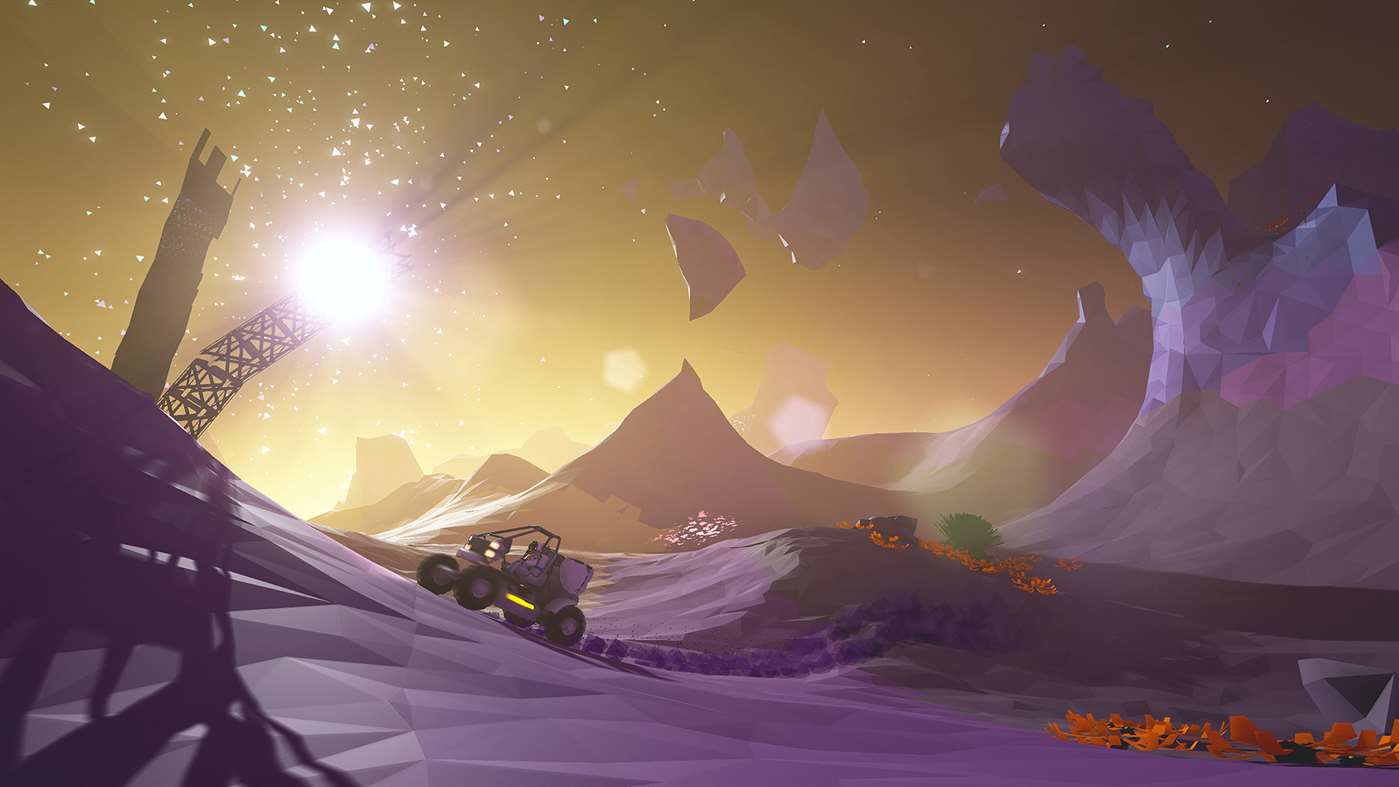 Space offers a home for imaginations to run wild. It has demanded the attention of people and governments for decades because the questions surrounding space never cease to exist. A lot is known about our solar system and the ever-expanding universe, but there is far more left to discover. This desire to seek out the unknown is what turns peoples’ heads towards space and it is exactly this desire for the unknown that drove my time with Astroneer.

There is already a large swatch of space exploration games on the Xbox One so Astroneer attempts to carve itself a niche by focusing on the beauty of space, while also having crafting and exploration. Astroneer never offers any answers when it comes to the questions surrounding space, but it does capture the the beauty of the unknown and that’s more than enough. 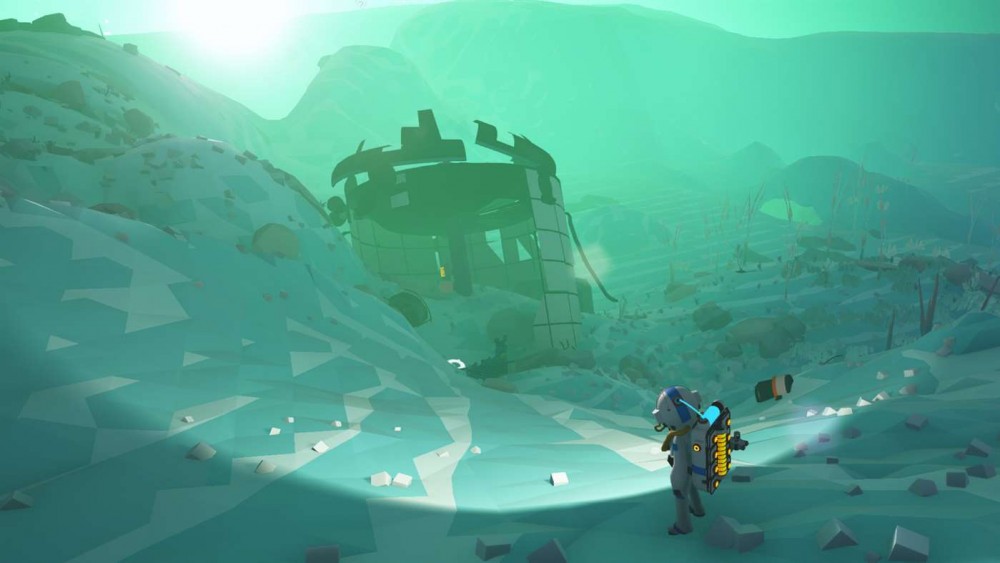 The game begins by having players choose between one of four character models, each of which corresponds to a save state. After the selection has finished, players are treated to the visual spectacle of seeing their pod fly through the atmosphere of the newfound planet and begin its eventual descent to the ground. From this vantage point I was able to notice various peculiarities in the environment that I made a mental note to return to after finding my bearings. Once I had landed the journey was entirely up to me as there is no handbook to surviving and everything is learned through trial and error. That being said, there is plenty of time to learn as the joy of Astroneer is rooted in discovery and the learning process plays into the game’s sense of wonder. There’s no need to rush blindly forward in Astroneer as time and patience reveals everything that needs to be known.

The first thing I noticed once I had gotten my bearings were the colors of Astroneer‘s world. They invited me to explore as thoroughly as possible because even when I returned from ventures empty-handed, I had still seen stunning sights. I climbed mountains for the view as often as I sought out resources because the beauty of the world is all the reward that I needed. My time spent wandering around the planetside of Astroneer also led to the harvest of crucial resources I needed for further research and construction on my pod. The resources that I harvested during my treks were essential as crafting is required to be able to do the most basic of things in order to survive in Astroneer‘s world. 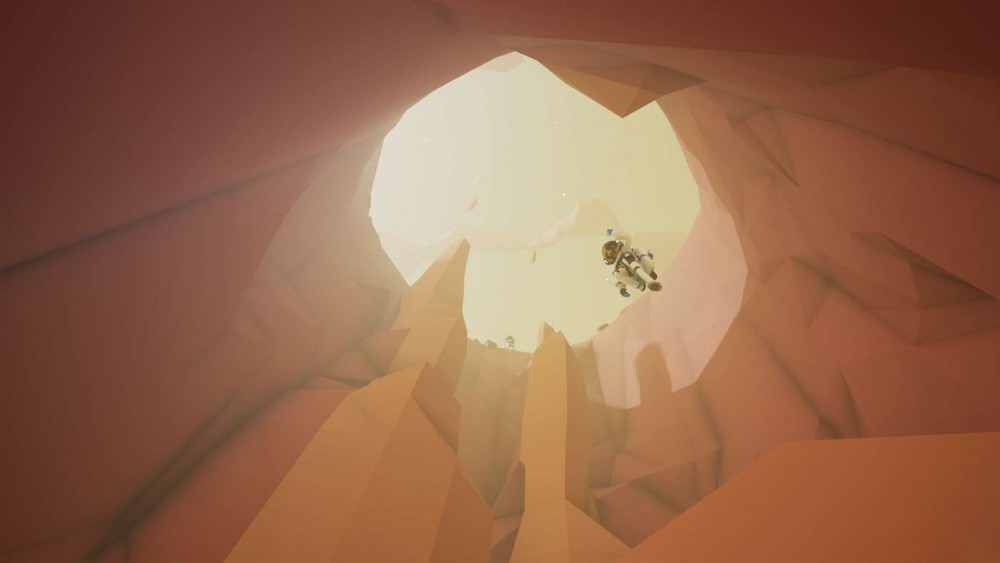 The most vital resource in the game is oxygen because going for an extended period without oxygen will ultimately lead to suffocation in Astroneer. This is where the world of survival and crafting overlaps. Crafting tethers allow players to create lines of tethers extending from the pod pumping oxygen until the tethers cease to exist. If players wish to explore beyond a 50 foot radius then tethers are a must, however; this isn’t something explained by the game. Rather, it is something learned much like all of the crafting done in Astroneer. I could see the recipe for tethers in my backpack, but until I had experimented with what my creation was capable of, I had no idea what’s purpose could be. This allowed me the freedom to expand my base and map my planet at a pace I was comfortable with, as I never felt overwhelmed with information. At the same same time, this allowed me to create deeper connections with the planet I was inhabiting as my crafting expertise moved past tethers and into buildings and vehicles.

My search for new resources led to the beginning of an intimate relationship with the planet on which I had crash landed. I began to know the planet’s various landmarks as well I as know my hometown, and I was soon able to navigate to around the planet with ease. With no map to aide in the remembrance of important discoveries, the breathtaking visuals helped me recall where I was headed when my memory began to fade. 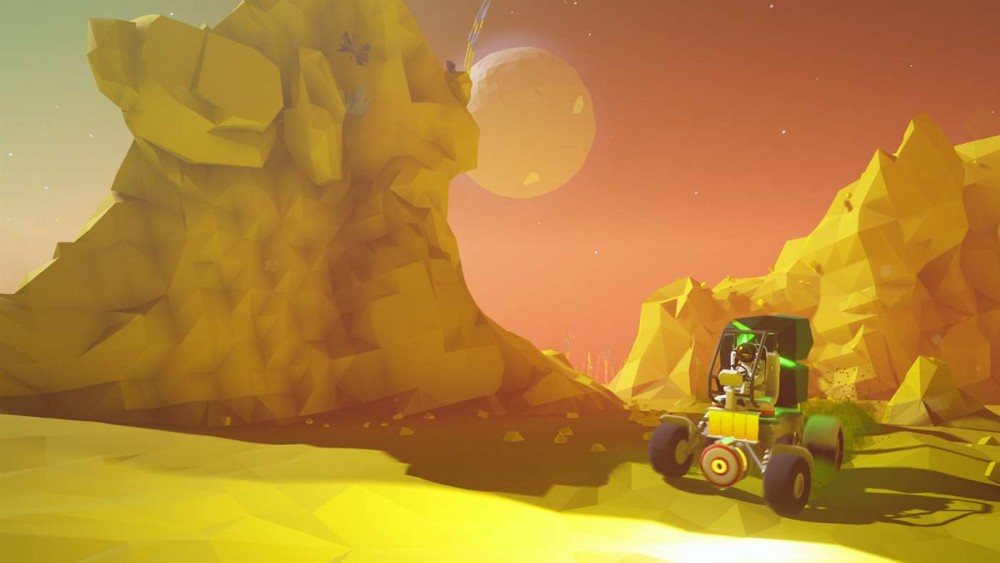 Astroneer is still very much in the Preview Program as the game is currently in the pre-alpha stage of production which means there are still kinks left to work out. The base of exploration and crafting leave plenty of room for Astroneer to expand beyond as the development goes on, but its core is already a blast to spend time with. Walking around my planet felt as though I was exploring the worlds of my dreams, and it left me needing more. As time goes on, it will be exciting to see what Astroneer becomes, but in the meantime the journey is more than worth paying atttention to. Astroneer perfectly encapsulates the current state of space by leaving me with far more questions than answers but still managing to make me see the joy in what is known.

A copy of the game was provided for preview purposes. Astroneer is available on Xbox One and Windows 10 here for $19.99.