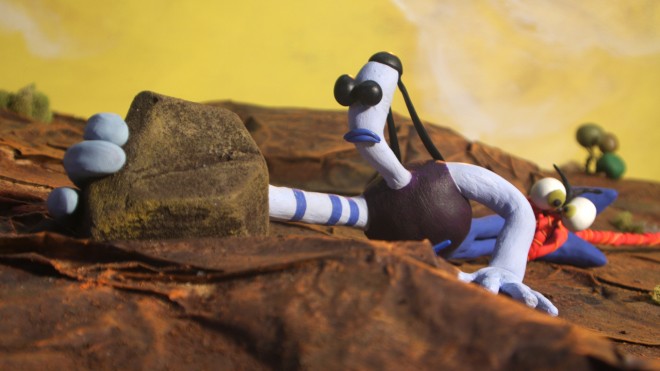 Back in mid-2013 Doug TenNapel launched a Kickstarter alongside Pencil Test Studios to create a new adventure game deeply inspired by his adventure game from 1996, The Neverhood. Armikrog tries to capture the magic of Neverhood‘s stop-motion clay aesthetic, strange-yet-endearing characters and classic point and click puzzling.

To set the stage, Tommynaut’s spacefaring brothers are dead and his planet will have the same fate if he and his eye-less, best friend and talking dog, Beak-Beak, can’t find a way to save their home. While seeking the all-powerful energy source, P-tonium, the duo crash into the labyrinthine fortress known as Armikrog. Having been out of the adventuring game for almost 20 years, does this spiritual successor hold a candle to its ancestry, and does the formula still work in 2016? 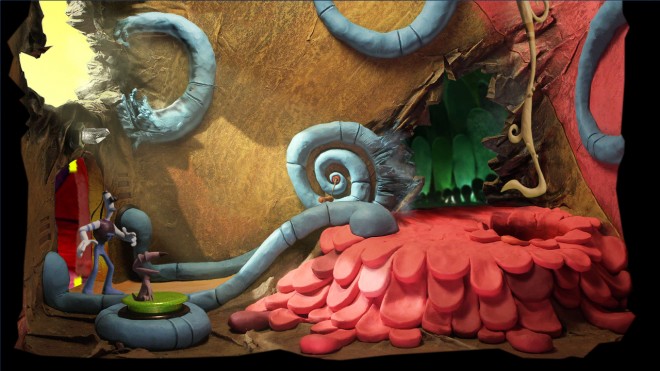 Best, yet different, friends – Both Tommynaut and Beak-Beak are playable in Armikrog. Tommy can take care of larger challenges such as moving blocks and reaching higher objects. Beaky, on the other hand, can squeeze through holes in the wall to retrieve items or interact with Octavators — octopus-like elevators — in a different way than his counterpart. This allows for a more subtle form of problem solving and allows both characters to be present and helpful in most situations.

Sculpted –  The world made of clay, feathers and faux fur looks absolutely great. The texture of the materials shine through and give Armikrog a genuine handcrafted look. The models of Tommynaut and Beak Beak are also used for awesome stop-motion cinematics during key moments of the story leaving me wanting more to watch.

Clever Lullaby – Some puzzles in Armikrog are overly simplistic or maddeningly obscure, but I really did enjoy one puzzle focusing on the mundanity of getting a baby to stop crying. Early on in the game, Tommy comes across a child named P and keeps wants to keep the baby safe. Like most babies, P tends to cry once in a while. To calm the baby down, the player has to match sounds to a lullaby with creatures on a mobile. It’s an awfully clever puzzle which drew me closer to defenseless P and especially Tommy for taking the time to comfort his new companion. 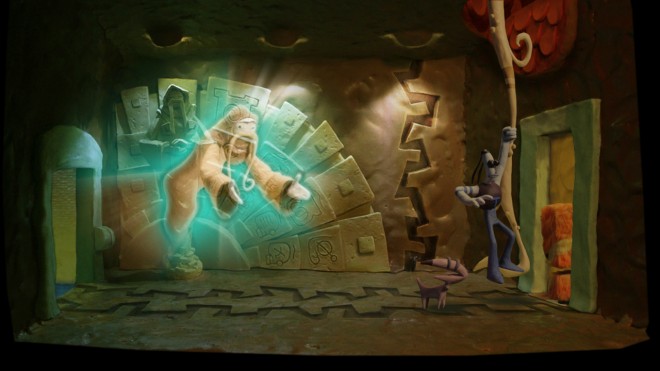 Little driving story –  While clocking in around 5 hours, Armikrog takes far too long to let the player in on what exactly is going on. Outside of the opening scenes, there isn’t much in the way of useful narrative until much later into the adventure. While there are nuggets of information, they lack too much clarity. In my mind, every major puzzle should have some reward, even if it only moves the story along a tad. Armikrog sadly takes too much time to do just that.

Old habits – There’s a fine line to be walked between evoking nostalgia of times past and regrettably leaving behind 20 years of game design. Armikrog leans to the latter, decreasing quality of life in two big ways. First, puzzles have the tendency to require far too much backtracking to solve, such as a late-game solution which requires hoofing it back to every previous area explored for clues. Second, Tommynaut can conveniently store items away in his clay chest cavity, but there is no way to check an inventory, let alone check said items for clues to solve more obscure puzzles.

Can’t find the way – I always worry about having to navigate a mouse cursor with a controller. It can be sluggish unwieldy and imprecise, however,  Armikrog’s cursor moves at a brisk pace and is, for the most part, accurate. However, Armikrog stumbles with pathing of Tommynaut and Beaky. Clicking a destination often sends the characters into a state of wandering in the wrong direction or stopping frustratingly short of a doorway. 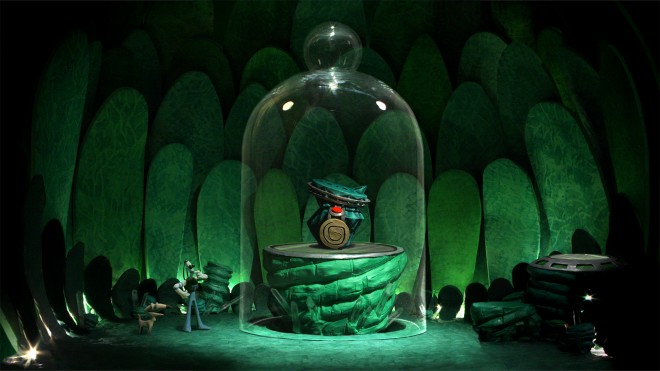 Armikrog, while flawed, is a sufficient window into how adventure games used to be. It’s fun to look at, has some ridiculous puzzles to solve and has the capacity to charm. I’d recommend taking this adventure for a spin over a weekend, though have a pad of paper handy to make note of anything out of the ordinary along with bit of patience. Just make sure to hang in there until the end. Even with the potholes and speed bumps, its worth the trip.

Armikrog was developed by Pencil Test Studios and Published by Versus Evil. It was released on August 23, 2016 for $9.99. A copy was provided for review purposes. 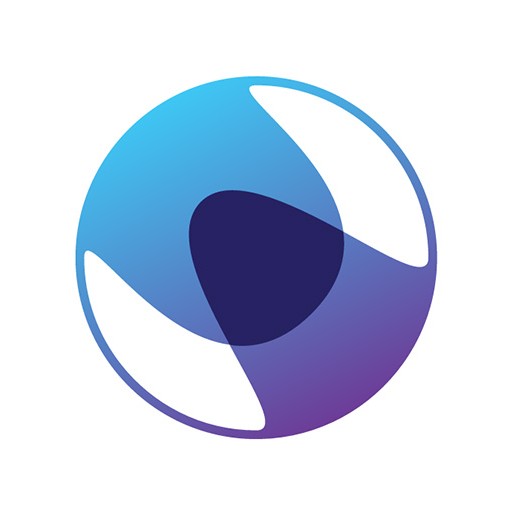 Xbox One will receive Unity support in 2014

Read More
Xbox One will receive Unity support in 2014
Top