Another World: 20th Anniversary Edition was developed by Martial Hesse-Dreville and Éric Chahi and published by The Digital Lounge. It was released on June 25th, 2014 on Xbox One and is priced at £6.39/$9.99. An Xbox One copy was provided for review purposes.

The nature of video games has changed a lot since the original version of Another World (A.K.A Out of this World) was released on the Amiga and Atari ST back in 1991. For a start, even the humblest of modern consoles is almost immeasurably powerful in comparison to the systems available when Delphine Studio’s original game made its debut. The Sci-Fi worlds that these systems play host to are often unimaginably vast, with incredible three-dimensional graphics and rich, uncompressed digital audio to bring them to life. Gamers have changed as well – no longer is enjoying digital media reserved only for solitary fourteen year old boys with thick rimmed spectacles and a math degree. On the contrary, in fact – games are now played by almost everyone from the average adult male, to his mates, to his girlfriend and in some cases, even his mum! So, in an era of casual gaming and high definition, can this carefully crafted remake of an ultra-hard classic still make an impact on today’s audience? 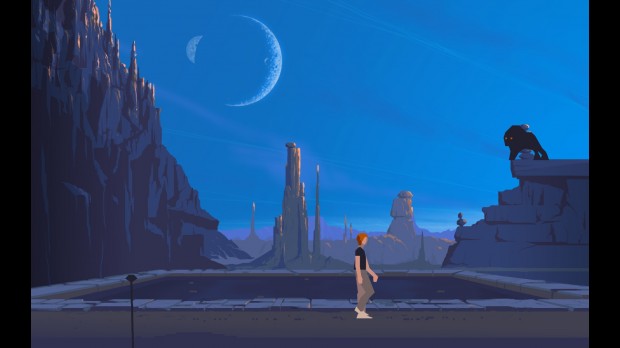 Ah, nostalgia (part 1) – Another World tips its hat to the excellent 2009 versions of the popular Monkey Island games, using a one touch approach to switching between modern and retro visuals. Like the Lucasarts classics of the last generation, this transition occurs seamlessly on modern hardware, and although it’s only a minor feature, it means younger gamers can play a game which appeals to them visually whilst at the same time allowing them to revel in some of the pixelated delights of yesteryear. This remake of Another World is also essentially unchanged in terms of how it plays out, so fans of the original game will certainly feel right at home.

Almost challenging – On the whole, older games are harder. That’s just a fact. Another World was one of the hardest when it was released, and was undoubtedly responsible for many a smashed keyboard or joystick. Thankfully, whilst the core challenge is just as stiff as it ever was, a number of modern concession have softened it somewhat. The controls are not perfect (more on that later), but compared to some of the older versions of this game, button and analogue stick inputs are quick and crisp. More major concessions to the modern gamer include autosaving checkpoints every few screens, and perhaps more importantly, an adjustable difficulty level. At the very least, whilst still tough, Another World is (perhaps for the first time) fairly accessible to all. 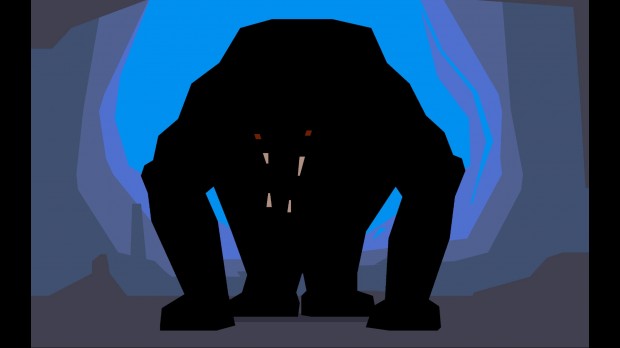 Ah, nostalgia (part 2) – Here at XBLA Fans, we like Another World – we really do. Maybe because we’re all really, really old and we look back fondly at playing games like this where every inch of progress is bought with a hundred horrible deaths. But with that said, it’s hard to say where Another World really fits in today’s gaming pantheon. With the exception of its graphical overhaul and a few other minor things, Another World hasn’t changed one bit, so it certainly won’t appeal to a casual audience. We think that perhaps the ‘speedrun’ and ‘single life playthrough’ audience might appreciate the slightly tighter controls and quality graphics, but once the levels are memorised, Another World is actually an incredibly linear and sadly short experience.

A lack of polish – Nothing major to worry about here, but considering Another World is just a high definition remake of a game which already exists, we wonder why the developers didn’t take a little more time to consider some of the more easily fixable flaws. For example, on first boot, the game features an irritatingly huge border that really detracts from the big screen experience. This can be changed easily via the options menu, but why not just have a calibration screen before the game begins properly? Also, the shoot/attack action is mapped to the A button – the same as sprint. This basically means that pressing left or right at the same time as attack will result in a run, rather than an attack. In a game as tough as Another World, this only results in frustration. Another World has a few problems like this, though thankfully all are pretty minor. 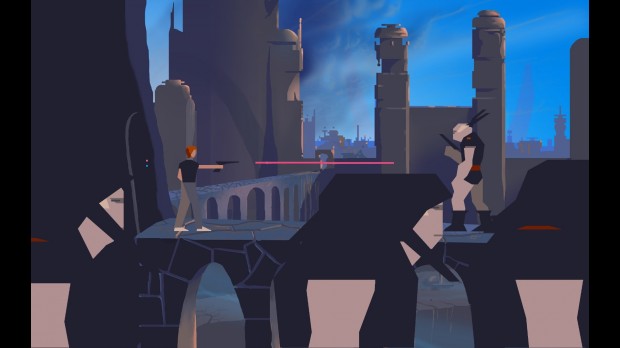 At its heart, Another World is a perfectly good remake of a once amazing game which should be remembered fondly for its huge impact on popularizing and increasing the overall quality of computer games. As a game in its own right released on a cutting edge console in 2014, it is less successful. Nonetheless, it is as enjoyable as many of the cinematic platform games which have emulated it over the past few years. We strongly recommend that those who can should give Another World a try, but if it’s not for you, don’t fight it – just be happy in the knowledge that you now know what all those (now much older) kids with math degrees and thick rimmed spectacles were so excited about back in the golden age of Amiga and Atari.