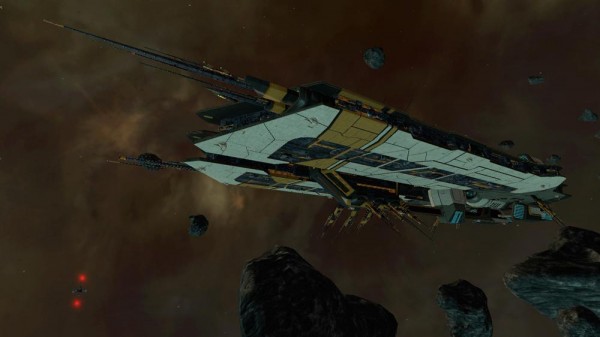 Lots of good ideas – Star Raiders is a game with so much potential. Scattered throughout the game are a lot of good ideas and set pieces. The ship has three different attack modes which offer a great deal of variety. There are lots of different weapons to choose from, all of which are upgradeable. All of the ship models look pretty good, there just aren’t that many of them. It is also worth noting that the space elevator is one of the cooler ideas we have come across in a while.

Reasonable achievements – One thing Star Raiders does get right is the achievements. They strike an excellent balance between the overly easy and the ridiculously hard. This is rarely the case so it’s very appreciated when someone actually does it right. 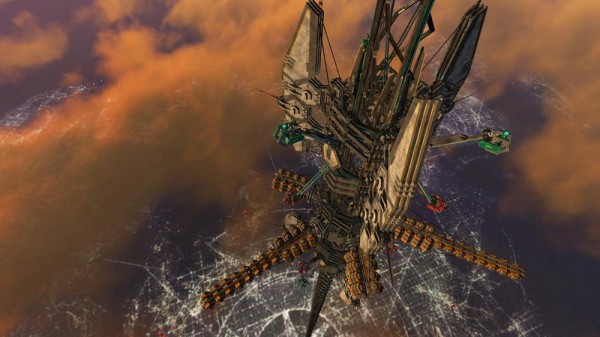 Poor execution of good ideas – The wasted potential here is easily the most frustrating aspect of Star Raiders. The different attack modes of the ship are the perfect example. It’s a great idea except that all of the ships control rather clumsily and there is virtually no reason to use a mode outside of the attack mode.  Assault mode is useful occasionally, but the turret mode literally has no purpose. It is a shame that the gameplay couldn’t have been altered to allow for more dynamic use of the different modes.

Ugly presentation – From beginning to end this game really needs some polish. Most of the models look fine but often look like plain polygons with bland texturing. The font used for in game messages is so small it makes Mass Effect 2 look like it was designed for the blind. The in game instructions are blurry and don’t explain anything. The sound effects and music are underwhelming at best. Its hard to find anything that seems excellent.

Repetitive gameplay – The whole game revolves around shooting down ships. The few missions that try to do something else end up being so tedious it makes you wish for the same old stuff. Chasing enemy fighters around is fun at first, but it gets old quickly.

No challenge – We don’t understand this at all. In every level there are infinite respawns with no penalty. Say the goal is to shoot down 20 fighters. You take down 15 fighters then die.  Guess what, in about three seconds you respawn and are free to destroy the last five. The irony is that there are recharge stations to go to if you are low on health, but it’s much quicker to just suicide and respawn without penalty.

Incomplete game – Everything about this package makes us think it was a rush job. Someone, at some point wanted to make this a good game. But from beginning to end it is clear that never happened. It’s a shame, but it’s the truth. 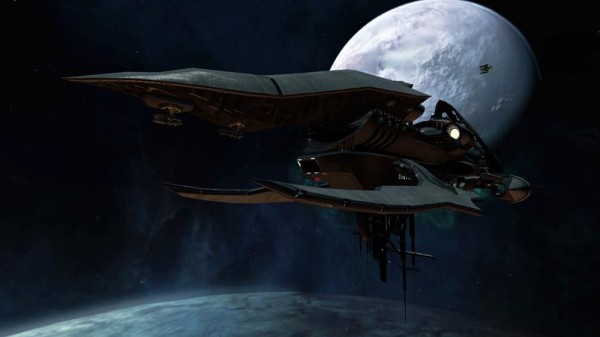 Star Raiders is not completely devoid of fun. Perhaps if we found it years from now we would assume it was an unfinished prototype and wonder what might have been. But as it is, it just cannot compete with almost any other game on the market at the same or even lesser price point. Unfortunately lackluster graphics, poor controls, and repetitive gameplay are far too much for this game to overcome.