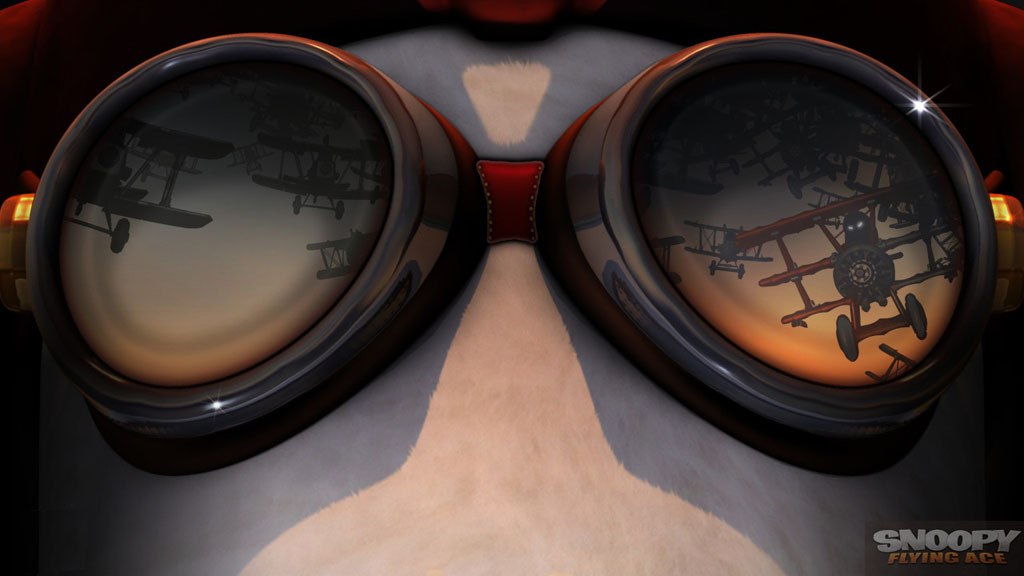 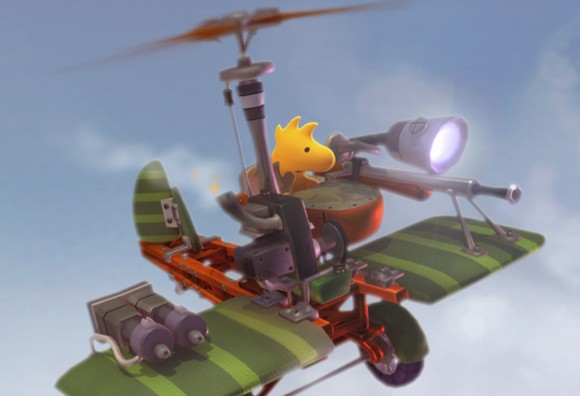 If you weren’t there when the game took off in June, we can hardly blame you. Flying Ace is a cartoony flight combat game built in the Peanuts universe, with familiar characters like Snoopy, Woodstock, and Charlie Brown taking to the skies in World War I-esque fighter planes. But the big surprise is how good this game is: Smart Bomb Interactive racked up some impressive review scores with Snoopy Flying Ace.

On a day when most “serious” gamers are busy spending their Microsoft Points on the Scott Pilgrim game or Shank, we expect this considerable DLC probably won’t get the attention it deserves. 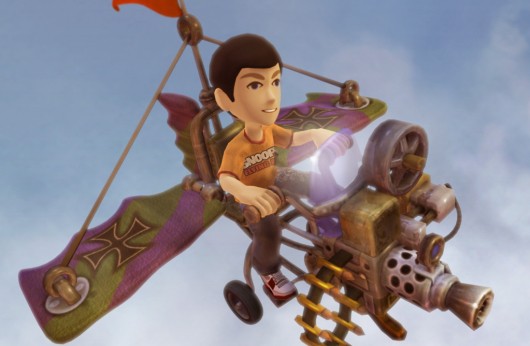 The Suppertime of Destruction expansion pack for Snoopy Flying Ace is available today for 400 Microsoft Points. To read the full details of what’s being included in the DLC, check out the complete press release below…

Whirlybird w/ Sniper Rifle weapon
Woodstock gets his own aircraft, and boy is it a game?changer. It won’t take many hits, but who needs armor when you can hover in hiding places you never knew existed on every map, zooming in on targets and sniping them from long range?

Dragonfly w/ Jammer weapon
Your Xbox Live Avatar has been a good sport in this game, parachuting from your burning plane again and again with a smile on his face, ready to jump back into the fray at your whim. He deserves a plane of his own, doesn’t he? With a cool new static coil weapon that can leap from target to target, draining health, stunts and turbo from opponents? Of course he does.

Dirty Boy
Pigpen’s dust cloud is contagious! Infected players must spread the dirt to the opposing team. Look, we didn’t do a zombie horde defense mode on purpose, all right? This is better.

Turret Defense
Occupy and hold both turret positions long enough to win. Is it a strategy game or a blow everybody up game? We’ve been playing it for months and we’re still not sure.

Wild Woodstock
Capture Woodstock’s escaped bird friends and return them to their cage. They were hand?raised and won’t do well in the wild.

Team Wild Woodstock
Round up Woodstock’s escaped bird friends before the other team does. Parenthetically, this is a work of fiction and we do not support the practice of avian midair biplane capture for sport.

Top Dogs
Each team is led by a heavily armored Ace. Bring down the opposing team’s Ace to score. Don’t blame us if you drop out of college to play this mode.

‘Lil Yellow
These brave little birds think you are steering them safely to new friends who will give them cupcakes. Actually,they’re going to explode.

Thumpers
Shockwave generators that drift to earth on parachutes, thumping as they go.

Seekers
Magnetized balls of explodey stuff, which seem drawn to their targets somehow.

Kite Flyer (20 Points)
The two new planes in this pack offer a new achievement – earn 50 kills in each of these “Kite Class” planes.

Camouflage (15 Points)
Survive 5 minutes with no deaths in a Xbox LIVE player match.

11 New Pilot Costumes
For the classic Peanuts fans, each character gets a new costume drawn from Peanuts history.

30 New Plane Skins
Why, that’s two profoundly cool new skins for every plane in the game! You’d think we didn’t have enough to do around here or something.