Serious Sam 3: BFE to release in two halves on XBLA 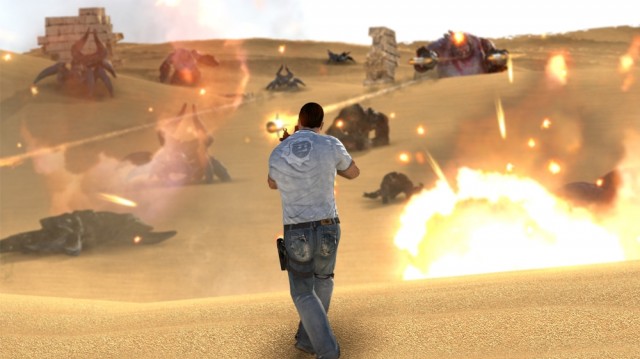 Croteam have announced via their Serious Sam Twitter account that the upcoming Serious Sam 3: BFE will be released onto XBLA in two parts. Gamers can pick up the main campaign, which can be played in either single player or co-op, for 1200 MSP. Whilst the game’s versus multiplayer segment and the Jewel of the Nile add-on, which contains three new campaign missions, are available separately again for 1200 MSP. It is unclear whether the multiplayer package can be played without first purchasing the single player game, though it seems unlikely. Croteam also tweeted that they expect both packages to drop in mid-October.