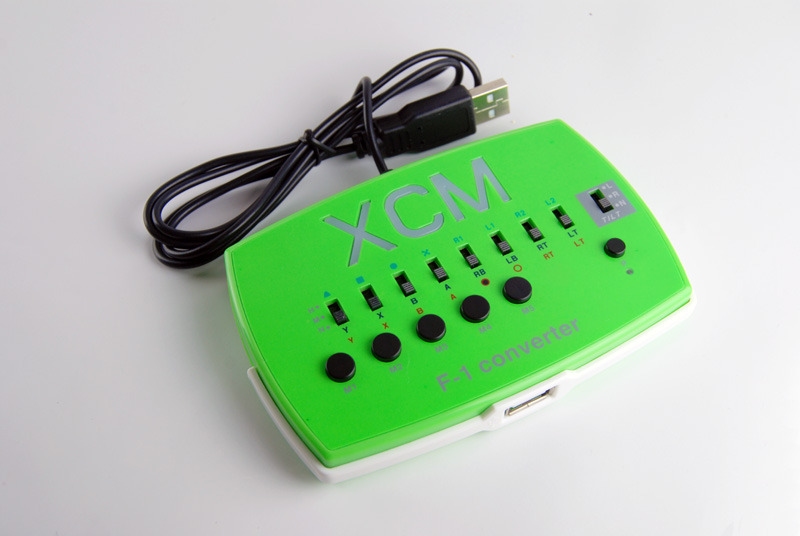 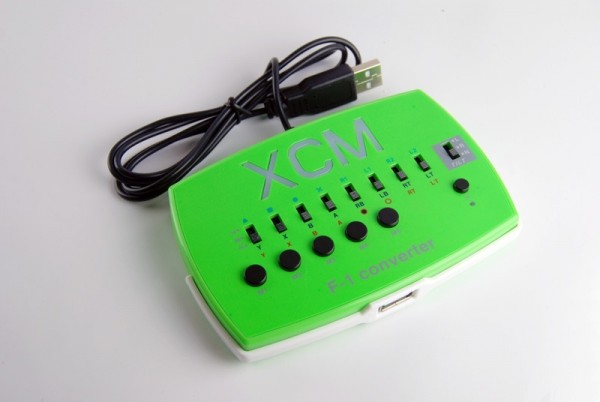 For fans of racing games there’s very little in terms of racing wheel setups. There’s the Xbox 360 Wireless Racing Wheel, but it’s been discontinued so you’re stuck hunting down a used one on Amazon.com or eBay. Then there’s the Wireless Speed Wheel coming out this October, but it looks more like a gimmick than something race fans would want. That used to be it; an impressive but out of production wheel or a toy that you hold up in the air. XCM aimed to change that. Earlier this year they released the XCM F1 Converter to very little press and fanfare. What this does is allow you to use your Logitech G25 or G27 racing wheel (PlayStation 3 hardware) on the Xbox 360.

Initially we brushed this off due to some of the issues it presented, but with recent firmware updates we can say folks seem to really like this little dude. It should be noted, however, that this thing still has its ups and downs. On the upside not only can this be used with Logitech racing wheels, but PS3 SIXAXIS controllers can also be used. Not enough? Well, with your wired Xbox 360 controller (required) you can also store button macros. What does that mean? It means one button fatalites and finishing moves, that’s what it means. The downside to this is the sheer cost. One of these will set you back 85 USD on eBay. Don’t have a wired Xbox 360 controller? That’s another 20-25 USD at your local used game store. Don’t have a Logitech wheel? Oh boy, you’d better sit down. You’re looking at around 200 USD, and that’s for a used one.

The verdict is simple: if you’re a racing nut who already has a Logitech G25 or G27 and wants to use it on your 360 then this is for you. For those who don’t yet own a racing wheel hunt yourself down a version 1 model of the Xbox 360 Wireless Racing Wheel (V2’s don’t have force feedback). The additional features such as a clutch and H-pattern shifter can’t be used on a 360, so spending the extra dough for both the Logitech wheel and converter just isn’t worth it. Now if by some chance you’re still reading and still interested we’ve posted a list of features after the jump.

*NOTE* Per a discussion below we should also point out that this technically could fall under a Terms of Use violation, so use it at your own risk.