Shank Soundtrack Preview and First Glimpse at its Costume Unlocks 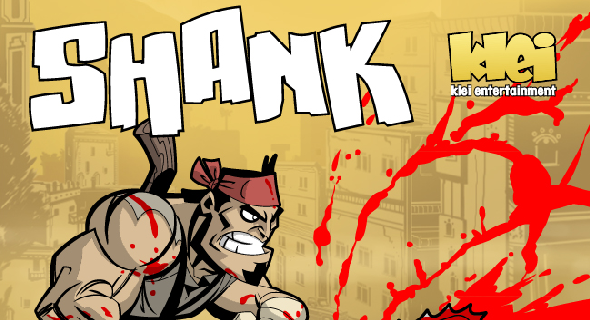 Klei Entertainment, the independent developer behind the upcoming XBLA game Shank, have unveiled six new tracks from the game’s official soundtrack and three costume unlocks out of the 11 possible.

The soundtrack, which is composed by Vancouver musician Vince De Vera, is currently being remastered for release by popular demand. The six tracks released so far offer a tantalizing taste of Shank’s tone, artistic direction and themes. You can sample the six tracks below or download them for yourself:

The three costume unlocks also provide a look into Shank’s personality and influences. Just take a close look at the second costume, the yellow jumpsuit – Kill Bill, anyone? 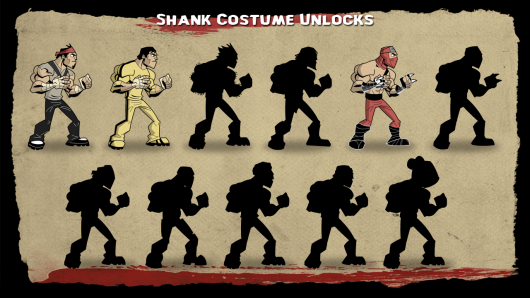 For more on this promising and wonderfully violent XBLA title, check out John Laster’s interview with Klei Entertainment’s Jamie Cheng or his hands-on preview from this year’s E3.

Shank will be available for download for XBLA on August 25, and as always, check back for the game’s written review soon after.