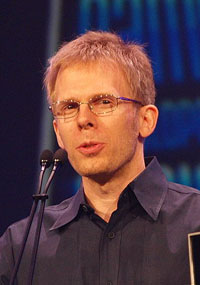 Now in a recent interview conducted by Joystiq with John Carmack, id Softwares’ founder and Technical Director, he has now sharred how he really likes what Kinect has to offer the gaming community.

“I have an itch to make a Kinect title for Xbox Live,” said John Carmack. “I don’t even know what I’d want to do yet.”

Its clearly in the very early stages of possibilities here from the creators of games like Doom, Wolfenstein, Quake, and the soon to be released Rage, that is due out later in 2011. I’d say this is good to hear that someone from id Software has his eyes set on creating something and making use of the Kinect peripheral devices in the very near future. Hopefully he’ll figure out just what type of game he’d like to create soon though.

“I can’t use Kinect for our real games; there just isn’t a place for our current FPSes on there,” Carmack said. “But it’s an interesting technology, and an Xbox Live game would be the perfect platform to do something like that on, at about the same scale of an iOS device.”

Well if your looking for suggestions from the fans for your games John, how about a blend between an FPS and RPG style of game perhaps? In the past id Software has created a few RPG titles and their publisher Bethesda Softworks has also worked on their fair share of games that blend both RPG and FPSes together.

It sure looks like you could make use of some Kinect features in games like that if you asked me at least. Until then, the gamer fans will have to just wait for that break out title that will take Kinect to the next level and grab hold of those hard core gamer fans.