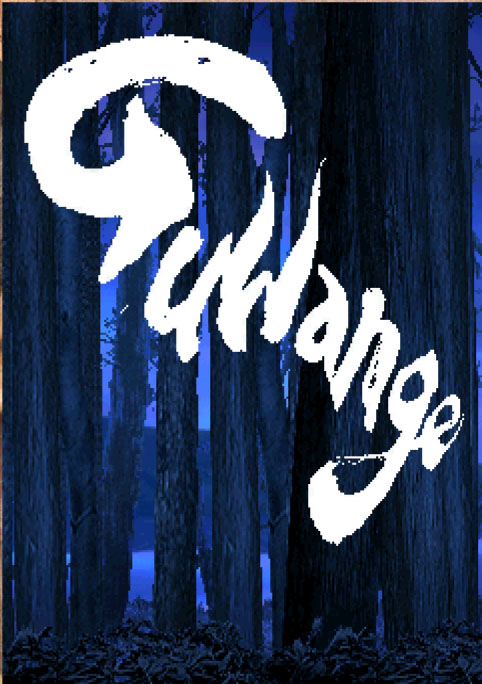 This game was getting a lot of hype from some of my more arcade shooter savvy friends.   They were all going crazy for getting a change to play this game, because it is considered one of the best shooters out there.   This in turn ended up getting me really excited about what this game had to offer.

What is nice about the XBLA version of the game is that there is a Co Op mode that you can play over Xbox Live with friends.  It is not as cool as standing side by side with your friend in the darkness of the arcade, but it is better than nothing.   They also have three different game modes for you to choose from.

Arcade mode is the game in its truest form, just with the 360 controller instead of the stick and buttons you would get on the arcade machine.  It’s tasteful elegant, and gives a great sense of how hard this game was over in Japan.   You realize very quickly that many Japanese Yen were spent, by gamers, on this game.

Xbox arranged mode is a mode that they designed specifically for XBLA.  In this mode, the difficulty is about the same as arcade mode, but they turned the control scheme into a twin stick shooter.  To me this made arcade mode a little easier, but I found myself playing this mode more than the other modes.

The art style:   While many may say that it has a similar art style to the metal slug games, I would actually argue against them.   While it is a bit on the cartoony side, I feel it really fits the style of the game.   Also, being that this title is new to the those of us in the western world it is worth mentioning.   Ever level has it’s own unique design,  and I find that I never get tired of the scenery in the game.

Game play:  I know they say that the game is a vertical shooter, please note that it can be a bit misleading.   When I read that, I thought that I was going to just keep advancing towards the top of the screen.  You don’t!  There are different parts of the level where you actually are scrolling left or right, it’s just that the main gun of the character shoots vertically.  This made maneuvering through some levels of the game very interesting and awesome.  You needed to start considering the placement of your Shikigami and what enemies he was taking out.   In arcade and blue arranged modes, Shikigami placement is paramount!

Co Op:   I found the game truly impressive to play with someone else, and i really enjoyed being able to do that.   Having a buddy there makes the game that much more interesting to me.  And while I can’t have that authentic arcade experience, it’s good to know I can play with friends at home, and online over xbox live.

Replayability: I find myself able to play this title over and over again. I don’t get tired of it.  Also, being that the game can be completed in a short amount of time, makes it one of those games that I can load up and play if I’m a little short on time.

Slow down:   I am sure Cave could have used a bit more of the 360’s processor power to deal with slow down.    When you get to certain sections of the game, you will notice a small amount of slow down.   It’s usually when your Shikigami is out, you are firing as many bullets as you can to clear the screen, and the screen is covered with enemy bullets from one end to the other.   What makes the slow down more noticeable is, if you have all the gold skulls, and your Shikigami is slowing the enemies bullets down, and there is more bullets on the screen then there is space to walk (yes the game fires off that many bullets at times).

Over all i feel the game is very well polished and despite the minor slow down issue, is well put together.   The price point is agreeable as well, at 800 Microsoft Points ($10 USD).  I would say if you are a fan of 2d shoot’em up style games, this one should be in your collection. 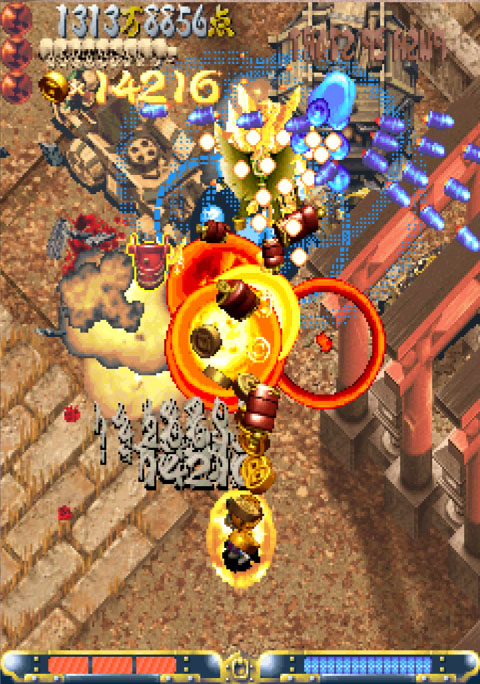 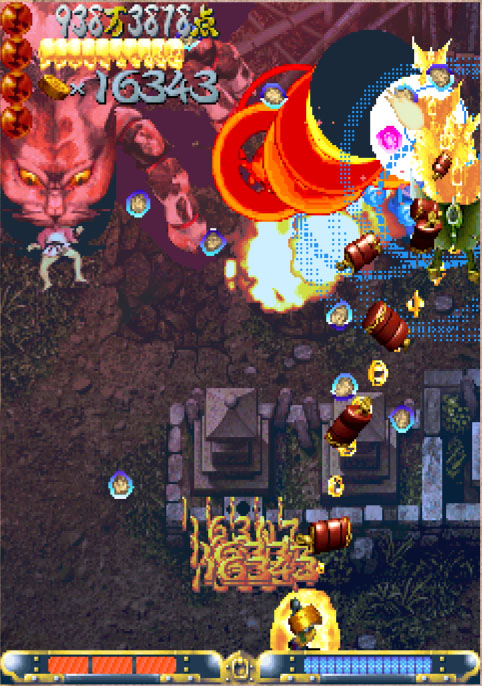 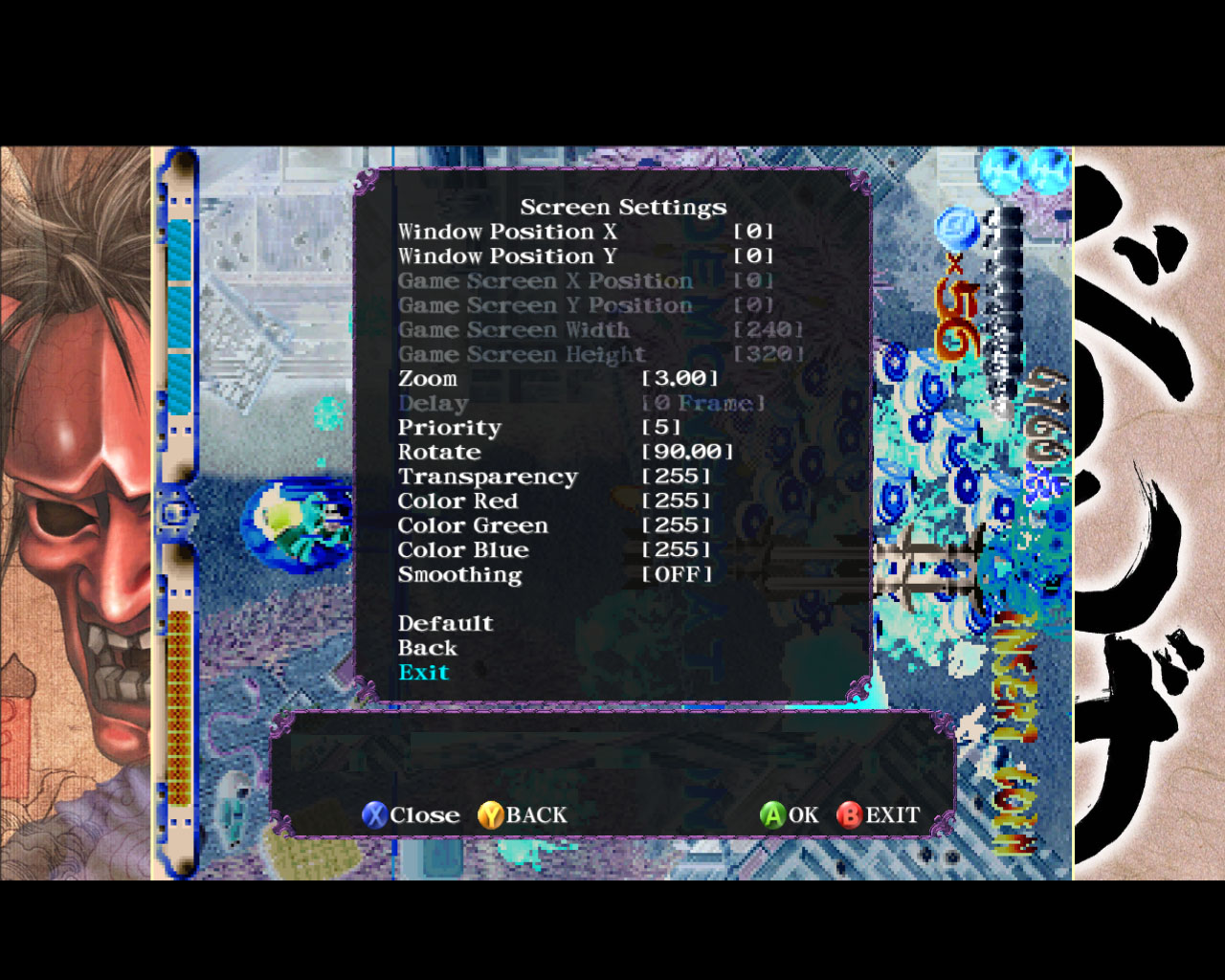 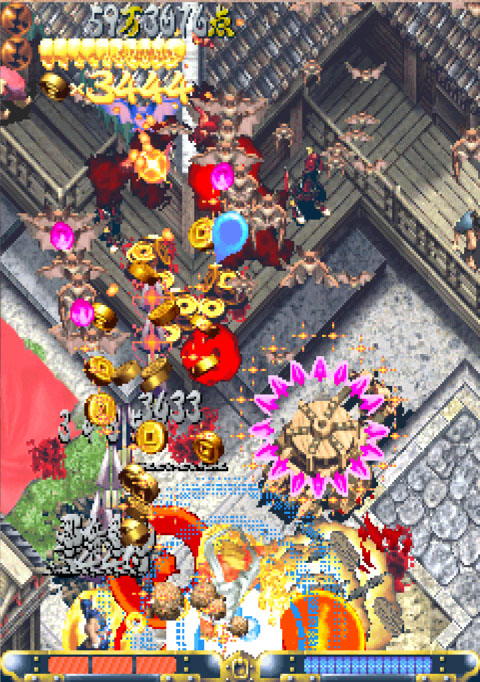 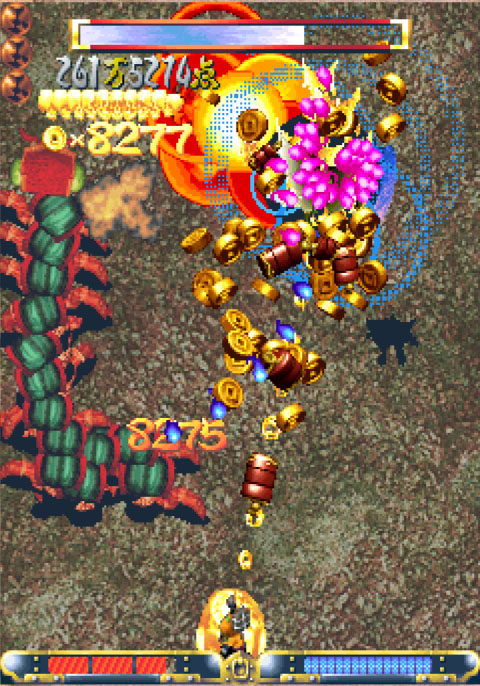 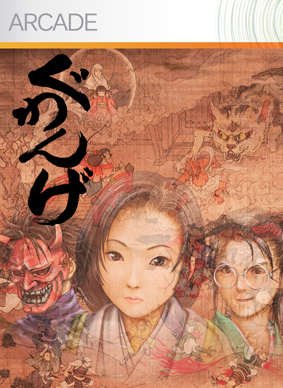 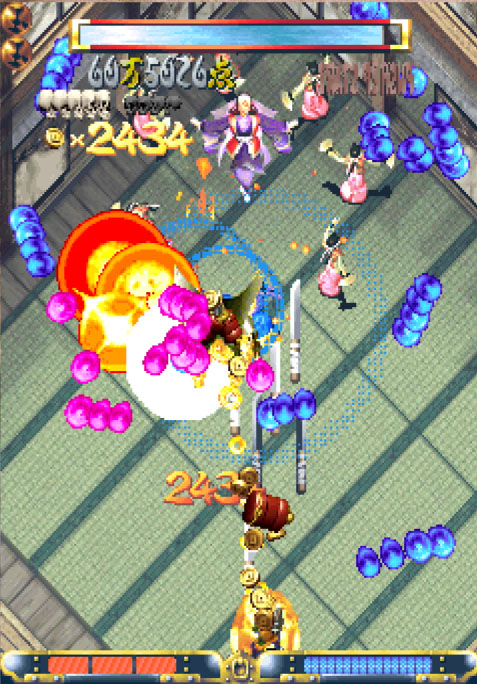 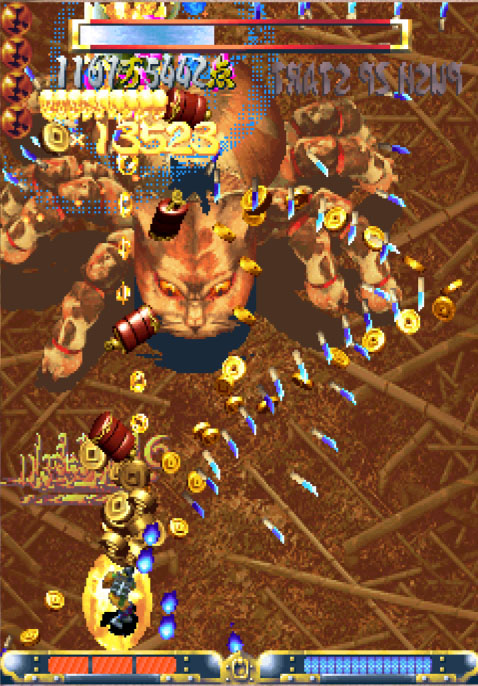 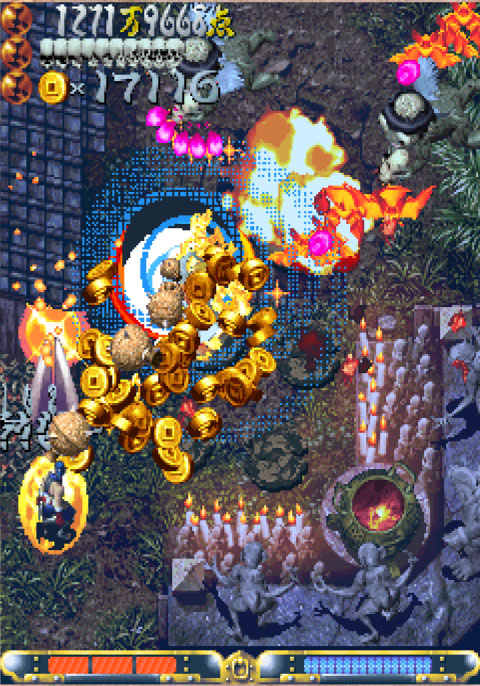 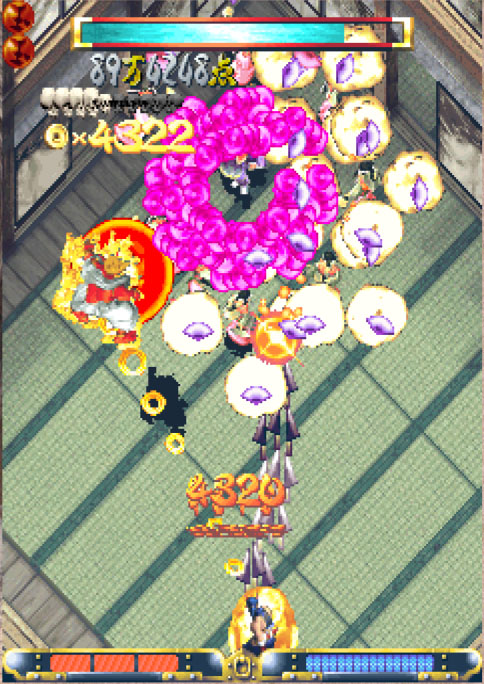 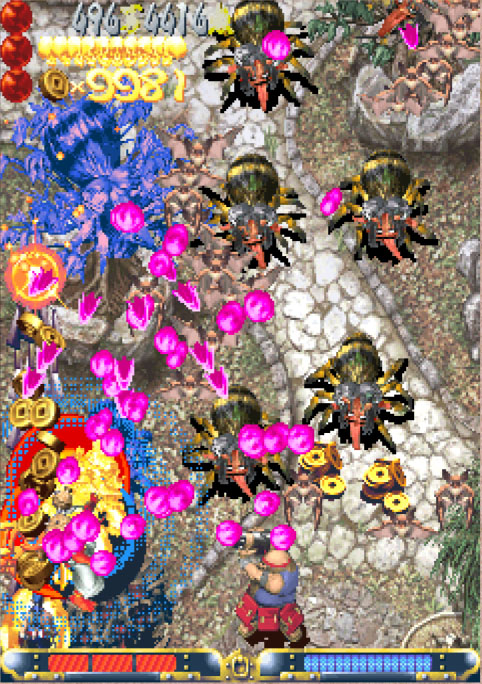 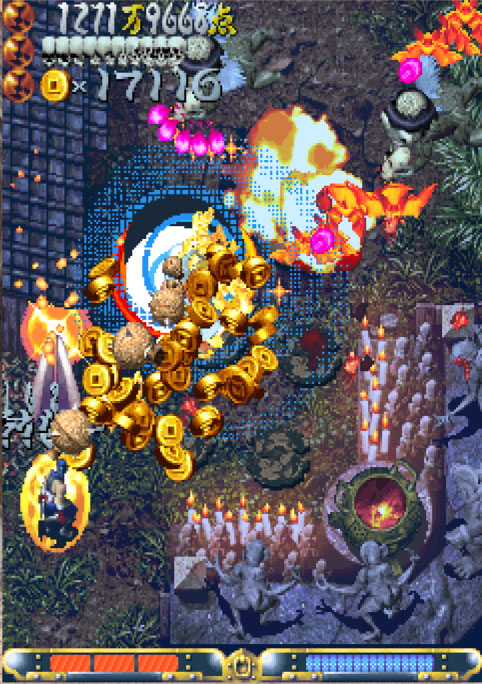