Gene Rain is considered a Gears of War clone, but I’d disagree. It borrows almost nothing from the Gears of War franchise besides a few minor elements with which it fails completely. At times, it feels like Gene Rain borrowed every flaw from the entire genre. Everything is basically terrible, and I don’t mean that to slam the game, but more to warn you that you could randomly choose any other game on Xbox, and it almost every time would be a better purchase for your money. There is no redeeming value or enjoyment to be had while playing this title. Gene Rain feels like the alpha phase of a game slid into the marketplace without first being polished or tested. It will be difficult for any other game to take its place as being the worst shooter of 2018.

Nothing — Yep. Nothing. Well I lied, I love achievements, and this game had to have them because it’s on Xbox. So yes, a short and easy 1000 gamer points are all this is good for. You would literally be paying $25 for a 1000 completion. Luckily it’s a very short game. I can’t say I didn’t somewhat enjoy it, after all, gaming is a passion of mine and I can try to appreciate the artform no matter how poor the execution. Normally there is something redeeming in every game, but this one will make you look really hard to find it.

Gameplay — The idea for Gene Rain is a third person view cover shooter, but it’s clumsy at best. While in dramatic shootouts, you’ll find yourself frustrated trying to take cover due to the lack of responsive controls. There is a roadie run type mechanic which the game calls “gallop”. To use it, you must press in on the left analog stick. It creates for some serious rubber banding with the camera angle. Think driving a driving a mech would be cool? They make sure you won’t like it. It’s extremely slow and is void of any kind of aiming reticle. You get to try it just once, but you’ll experience all it had to offer in the minutes you control it. 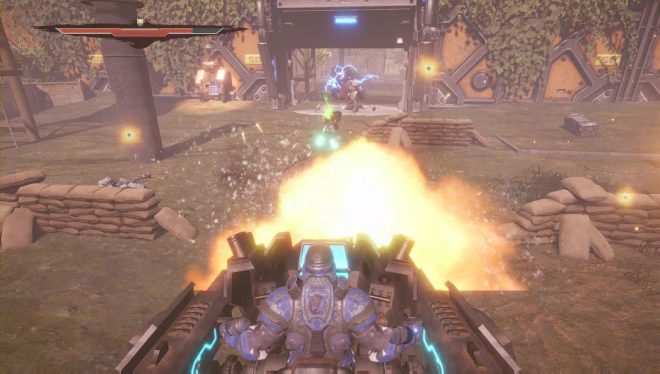 Story — You stop caring about the story as soon as you start playing. It’s confusing and rushed. I can’t even try to describe what it’s about, even after playing through the game twice. Things just happen, and then the game is over. You can’t skip the cut-scenes, and it might as well have been in a different language. I’d probably like it better if I couldn’t understand the words that were being said.

Graphics — While there are times you almost want to admire some of the attempts of design, you’re quickly reminded there really is no quality. A cool night level in the city? Look up, and the sky is grey. No skylines in view. Grenade explodes? Can’t even tell that it happened. The fire looks so bad they’d have been better off using a Snapchat filter. Once I found a destroyed building with rubble, and I followed what was left of the bricks and realized they were just placed randomly. That type of building wasn’t even possible to have existed before it was destroyed, as the walls wouldn’t actually align. You simply won’t be impressed with anything you look at. 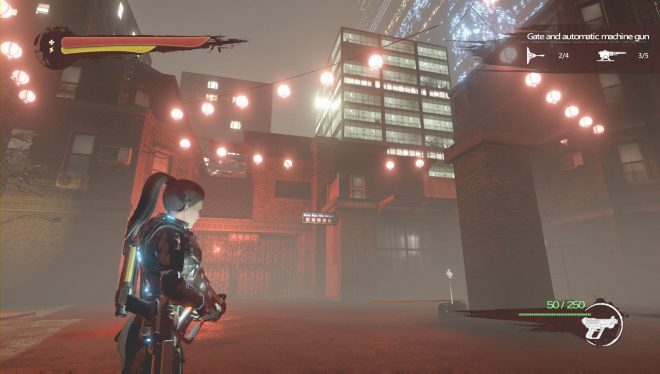 Defensive War Game Mode — The mode offers nothing. You beat five waves of enemies, and you’re done. There is only one map. If you replay it, you have to do the entire tutorial over again as if you were playing it for the first time. It’s only played for two achievements and the fact you can grind a few other ones if you missed them.

Voice Acting/Subtitles — All your base is belong to us. If you’ve ever heard that quote, you can laugh at the mediocre voice acting and grammar inconsistencies. I’ve never been annoyed with reading the dialogue in a game until this one. When they use an apostrophe it triple spaces to the next letter. There had to have been no editing after it was written, or else someone would have caught it. It’s just another log to put onto the fire of problems this game has.

Hit Detection — You’ll instantly realize how bad of a game you’re playing when you start the game, but even more so when you start shooting enemies. It’s like shooting a wall. You can barely tell you’re hitting the enemy. There is no realism whatsoever with the reaction of your continuous firing. You can throw grenades as well, and they too seem to be random. Usually, you just get shot, and the grenade does nothing. It doesn’t have a blast radius icon and is quite unsatisfying when it blows up. There is no sense of tension or urgency. Weapons — The weapons themselves just suck. The rapid-fire gun is going to be your go-to weapon. The energy gun sprays lasers like a canned soda that was first shaken and then opened. The laser beam weapon seems to damage enemies differently. You can see the damage do work on some, but then others it does almost no damage at all. That is if you can even fire it correctly. Too many times, you’ll be hitting the corner or top of where you’re cover firing from, resulting in a displeasing energy particle effect besides you, almost taunting you for failure. Purchase a weapon, and you can “destroy mechanical birds” in certain areas (looks like a whirlwind) to obtain them. It’s such a random concept and has no backstory. You really won’t be purchasing the extra weapons. It’s a complete waste.

Sound/Music — I didn’t realize there was music. There is music, but it’s not used very much and never sets a mood for destruction and chaos. The sound effects are bland and boring. When you play, what’s on-screen doesn’t always seem to match the action going on screen.

Skill and Upgrade System —You can upgrade your guns and skills throughout the game. You can attempt to at least because you won’t have enough skill points even to obtain half of the upgrades. You’ll basically just need to focus on the one which makes upgrades cost less so you can get an achievement. Otherwise, everything is a waste and adds no feeling of awesomeness that usually comes with upgrading your skills. The weapons cost parts, and you have to really focus on destroying bodies to gain the parts for upgrading. All upgrades are the same for all weapons, yet you have to upgrade each in every weapon. You can barely afford to upgrade one to the max for the achievement, and even then you have to make sure you had obtained the skill to make gun upgrades cost less. 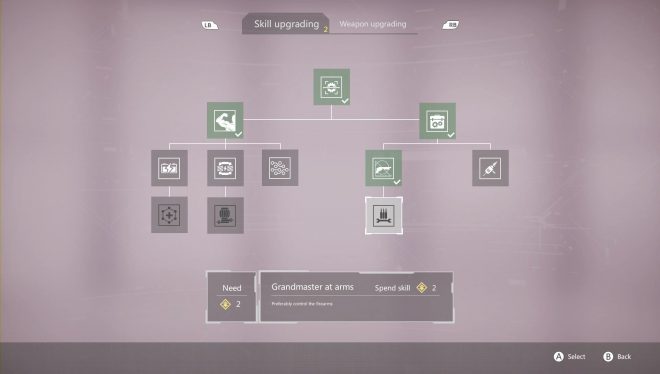 Abilities — There are three characters, each that have their own unique abilities. With the human-looking character, you can throw a drone that misses everything and gets destroyed easily. While it’s in the air, you cannot recover endurance. Therefore, you can’t run or melee attack. Then we have a shield from the robot guy. It also drains your endurance but can be somewhat helpful in firefights. Then the female protagonist who’s only in one mission can go into a bullet time like mode. This ends rather quickly as well. All in all, the game punishes you for using abilities and makes it, so you don’t want to use them. They aren’t bad ideas for skills, but you can’t pick your character in the campaign, and they all just take up endurance which you may need for survival. Abilities are just another wasted idea.

Pacing — The pacing is awful. When you get to play as the Li Ying, likely your favorite character as far as design goes, you’ll have to face the reality that she dies at the end of her short mission. It’s not sad; the protagonist just says “She’s dead. Let’s go to some other place”. I’m pretty sure those were the exact lines. I’m not willing to suffer through any more of the game to double-check it. When you feel you have gotten through maybe a quarter of the game, you face what you believe to be a mini-boss. This is because thus far, the story and upgrade system shows you there based on the usual progress of a game. You beat the boss, and it’s over. It just ends. Want to chapter select to earn more scrap for upgrades? You can’t! Chapter select just sets you back to a save point, and you will just be where you were at that time as far as upgrades go. 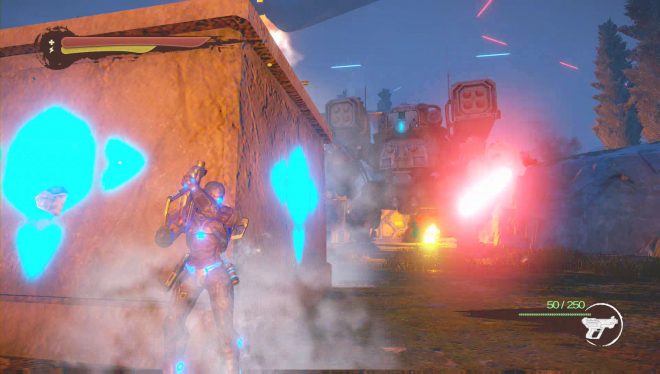 If Gene Rain ever goes on sale for $5, and you’re desperate for some achievements, then by, by all means, pick it for the points. Otherwise, there is no redeeming value in paying anything for the game. There are no strong aspects. Literally, nothing is done well. I wish I could say “despite all the negatives,” but I can’t. Gene Rain just awful and you should save your time and money.

Gene Rain was developed by Deeli Network Technology and published by E-Home Entertainment Development on Xbox One. It was released on July 24, 2018, for $24.99. A copy was provided by the publisher for review purposes.