Xbox One: Sharing is the Future 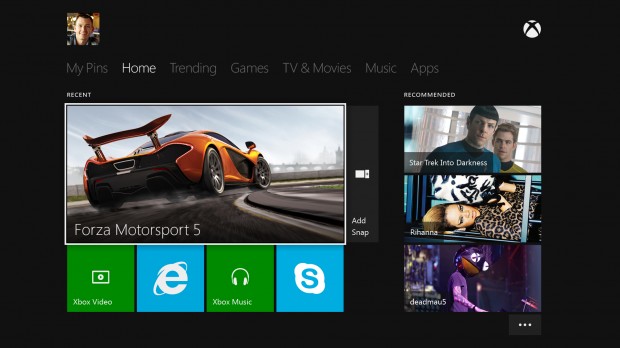 With the release of the Xbox One being mere months away, Microsoft is increasingly releasing more news about their next gen console. Last Friday was no different, as Marc Whitten, Chief Product Officer, posted news on the Xbox Wire site about sharing digital games and Xbox Gold.

In Whitten’s article, he explained that essentially any digital game that is download is now tied to the gamertag and/or the Xbox One it was purchased on. What this means is that if a household has at least one Xbox Gold account, all other gamertags can play that same digital game. The Xbox Gold account does not need to be signed in.

Also, if a gamer goes to his/her friend’s house, they can sign into that friend’s Xbox One with the purchasing Xbox Gold credentials and the game will become available for them to play. No more traveling around with a USB stick that contains pre-loaded games.

On August 27th, family packs of Xbox Live are being converted into individual Xbox Live accounts. The reason they are doing so is because at the same time, they just announced Xbox Home Gold.

Maybe the best news to come out in some time regarding Xbox Live is Xbox Home Gold. Just like digital sharing, anyone at home or a friend’s house can enjoy the benefits of Gold as long as there is at least one Gold member. At home, the Xbox Gold account does not need to be logged in for others to enjoy the Gold benefits. At a friends house, the gold subscriber does need to be logged in. Benefits include multiplayer, apps, and entertainment.

Lastly, gamers who are already paying for Xbox Live will transfer seamlessly over to Xbox One. Home Gold is only available for Xbox One so this means you can be logged into Xbox 360 and Xbox One at the same time.

For more info, you can read the rest of Marc Whitten’s blog post here.