Xbox 360 Price Cut on the Horizon? 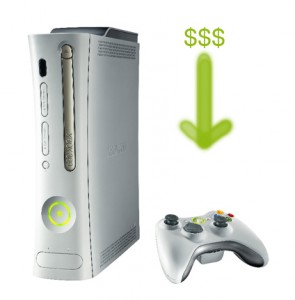 Videogame industry analyst Michael Pachter has looked into his crystal ball to see a $50 price cut for Xbox 360 consoles in 2011. He may have his share of enemies and skeptics, but when he tells us what we want to hear, there seem to be plenty of willing listeners.

In this case, Pachter’s estimates are based on what he sees as sound business practice: “We estimate that a $50 console price cut across the board will impact software sales by a positive 5%, and we expect Microsoft to lead with a cut some time in Spring 2011,” he told Industry Gamers last week.

Naturally, Pachter’s clairvoyance didn’t end there. His predictions for Nintendo included an unwillingness to reduce the price of the Wii console and some sales success for the 3Ds. “We think that Nintendo’s 3DS, scheduled for March release in the U.S. and Europe, has the potential to reinvigorate packaged product sales.” Pachter thinks that Kinect and Move could have a similar effect, but he was unwilling to comment on how much success he think the two new peripherals will have.

With the increasing popularity of digital downloads and XBLA titles, we would welcome a price cut for the 360… as long as we don’t have to purchase it with 20,000 Microsoft Points.