While the world cries in pain over the “varied” endings in Mass Effect 3 we were given yet another little jab to the heart. During development of ME3 Bioware Montreal was working on a competitive first person shooter in the Mass Effect universe. The idea was eventually transformed into the multiplayer mode found in Mass Effect 3, but we think the idea of a multiplayer-based game in the universe is utterly brilliant.

For the curious with an iPad you can download the app The Final Hours of Mass Effect 3, which chronicles Team Assault and several other goodies. You’ll even find test footage of the game. We think it’d work amazingly well as an Xbox Live Arcade game. Think about it, as Battlefield 1943 is to the Battlefield series, so could Team Assault be to Mass Effect. 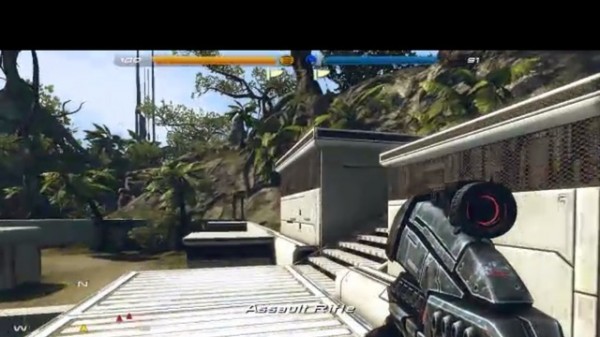 Not just another FPS – Folks really like the combat in the Mass Effect games. We love to shoot from behind cover, and to just uproot that might rattle a few cans. We’d propose a hybrid system: the standard combat we’ve all come to know and love with the ability to have a first person camera while not in cover. There really isn’t a team-based shooter with a cover system that’s done it well. This could be the first.

Take a page from Star Wars Battlefront – Perhaps the closest thing to a Mass Effect team game, the Star Wars Battlefront series can be the ultimate example. The first game had some great ideas that would integrate well: team commands, different classes, even crawling prone. The second game brought in more gametypes, the ability to play as heroes and villains, and more robust vehicles. Tell us that wouldn’t fit like a glove. And who wouldn’t want to pilot the Hammerhead around a map? Heck, provided you didn’t feel like a drunk driver when piloting the Mako we’d want that, too. 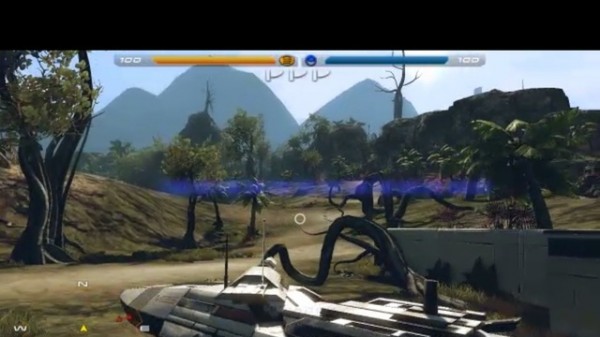 A Mass-ive universe – One thing that’s so great about the Mass Effect games is how vast they are. There are so many planets that Shepard and his team set foot on, and each looks and feels unique. That makes for some amazing settings to throw down in. Then you have the different races and their conflicts. We can just picture a pre-genophage match between the Krogan and the Salarians, the Alliance vs the Geth, or Cerberus vs the Collectors.

Sorry, we were drooling on the keyboard. Being a grunt soldier in so many different larger-scale conflicts definitely appeals to us.

Iconic heroes and villains – Just like Star Wars Battlefront II it’d be so squeal-like-a-school-girl awesome to unlock the chance to play as Garrus, or to take down Collectors as Legion. Imagine throwing down against Saren or Kai Leng–or how about the Shadow Broker! That dude is huge, scary, and a great intimidation tool against the good guys. The ‘grey’ characters such as Zaeed and Aria T’loak could play for multiple factions depending on the level’s setting. 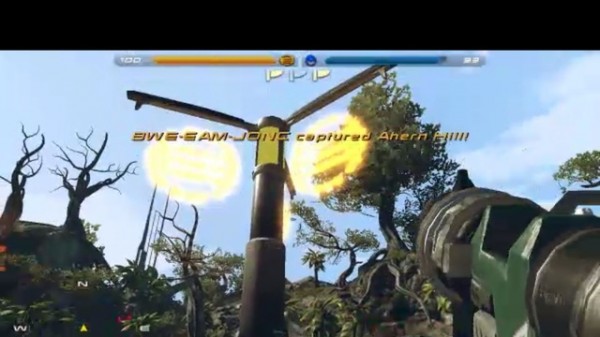 Mass Effect has a great Gears-esque combat that lends itself well to multiplayer. If that were combined with a Star Wars Battlefront-styled, team vs team game it could be the perfect supplement to the epic series we’ve come to know and love over the last five years. When Shepard finally defeats the Reapers by [redacted] we’ll still want our Mass Effect fix. Team Assault, quite simply, is the perfect solution to bring us back time and again. The reason it would work on XBLA is simple: it’s a great supplementary game. We don’t need another retail priced game, what we need is a great action game that doesn’t feel artificially filled to reach retail pricing.