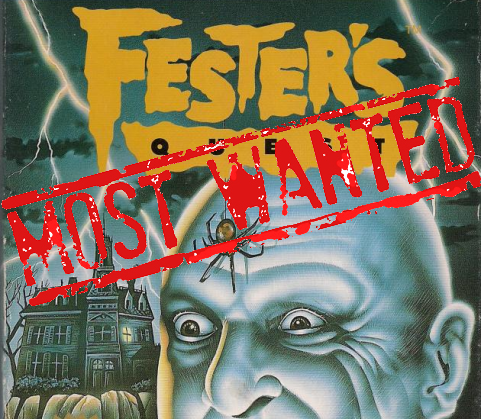 The Nintendo has always had a fond place in many gamers hearts and one of the forgotten games from that era is Fester’s Quest. It was a top-down view action game based off of none other then Uncle Fester from the Addams Family. The story line was completely off the wall, Aliens appear and start taking over the town, so you (Fester) grab your gun and go forth to become the savior. Encountering many of the Addams family members along the way who help you and make for some rather funny run-ins. Fester’s Quest was was a fun adventure taking you all over town, creating chaos with all sorts of aliens and bosses.

Fester’s Quest relied heavily on the actual fun of the gameplay, which is all games really had back then, requiring you to stay in-tune with what was going on if you wanted to continue on to the next section. The over-head view  gives a very Zelda-like feel, but was not the only one you encountered during this journey. As you find out the developers ventured into 3D with mazes that you had to journey through in certain sections. Filled with tons of weapons, characters, enemies and collectible items, Fester’s Quest provided an abundance of entertainment for its era. 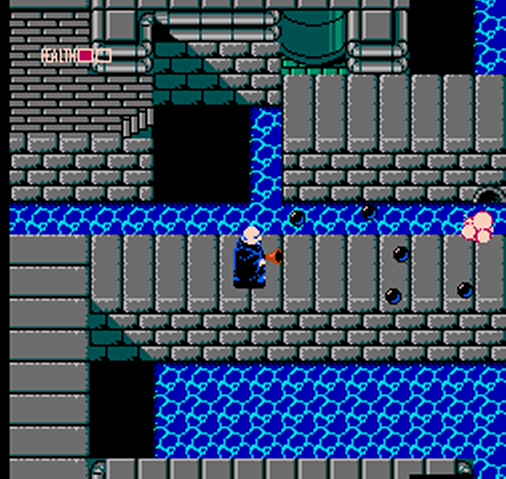 The graphics – Of course the graphics would have to be updated, at least with a smoothing effect at minimum. Since it was an overhead view a full graphics overhaul would be preferred as the world is in your view at all times. The weapons are another good reason for this face lift as many of them were amazing back then and would need updated effects to still achieve the “awe” factor they were looking for.

Co-op – In the original game this was single player only, which in this modern world is just unacceptable and to be honest, down right selfish. Everyone now has a friend, be it online or on the couch, that they would love to share their gaming adventures with. This would also allow the story to be much bigger and more challenging as you now have a partner. 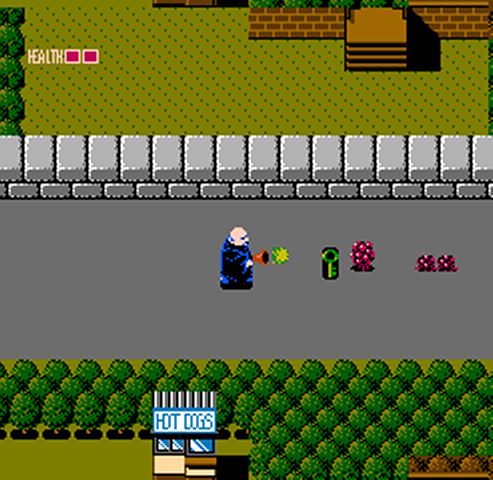 Viewpoint – The top-down view is something that has become rarer as graphics  engines have gotten better over time. As more and more worlds become fully rendered in 3D, the over the head view has become relied on less. This is a perfect chance to show why it was such a great tool that could play into many aspects of the game.

The story – The story was zany and whacky and is one of the reasons the game was fun. The Addams family is a pretty far fetched story to begin with, but now you have to save the town from aliens. Awesome! You will run into several members of the Addams family during this journey who will help spice up the adventure and carry the story along.

Old style games are making a come back, and the classic action-adventure feel is very familiar to people. Small co-op games delivered in a smooth and seamless fashion are proving to be the biggest seller among XBLA fans. A little over hauling at a reasonable price and a revamped version of Fester’s Quest would fit seamlessly into the arcade family.