Last September, Sega taunted Dreamcast fans by saying that enough interest in Chu Chu Rocket! would be enough to bring the beloved puzzle game to Xbox Live Arcade. Given lukewarm critical and fan response to Sega’s latest XBLA offering, we think the company should do just about anything to make its fans happy right now.

If you’re scratching your head and wondering “Chu Chu what?” then you’re missing out on one of the best multiplayer puzzle games ever made. This Japanese gem is a combination of brain-wracking single-player puzzles and fast-paced, cut-throat competitive play. Players guide adorable blue mice (ChuChus) into rocket ships, while avoiding the jaws of predatory cats (KapuKapus). You can place arrows on the game board to direct the mice and cats, who would otherwise follow pre-determined paths. In multiplayer, the action is fast and furious with up to four players all placing arrows to get ChuChus into their own goals and steer KapuKapus into the opponents’ goals. 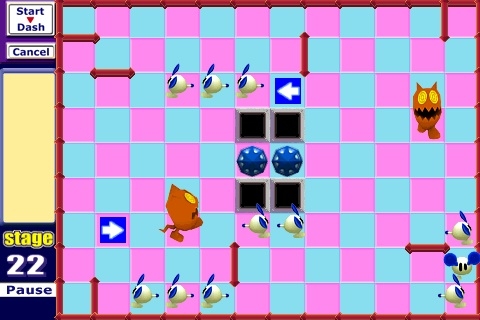 Updated graphics – This one is a no-brainer. The game has already been ported to GBA, iPhone, and iPad, so the assets are there for a shiny, HD labyrinth of ChuChus and KapuKapus.

Better Online Experience – The single greatest complaint with the original Dreamcast version of the game was laggy online multiplayer. This is where the port to XBLA can really shine! The Dreamcast represented the infancy of online console gaming, while Xbox Live is full-steam-ahead. With the opportunity for DLC, online leaderboards, improved lobbies, and better connections, XBLA could breathe a second life into Chu Chu Rocket!

Co-Op – Why not? Since we’re already shooting the moon, let’s get come co-op multiplayer (local and online) so that players can work together to solve some puzzles. This could be as simple as having elements that can only be controlled by one player and require timing that a single player couldn’t accomplish on his/her own. There are definitely some depths that have gone unexplored; an XBLA port seems to be the time to explore those depths. 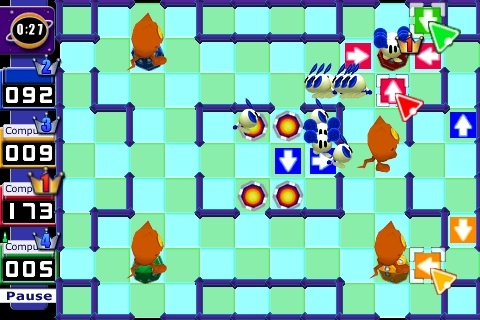 The clever puzzles – All 100 of the original single-player puzzles should make its way to XBLA. There’s an entire generation of gamers that’s never experienced these puzzles and the progression in the original Dreamcast title was perfect. Of course, if Sega would be willing to expand the puzzles to include some additional DLC, we certainly wouldn’t object. The GBA port included 2500 new levels, but they were all user-submitted. If Chu Chu Rocket! is going to get more puzzles, let’s make sure they come from the brains at Sega.

Frenzied multiplayer – Most fans of the game became fans because of the crazy multiplayer design. It’s goofy, fast-paced, and cut-throat, but it’s also easy enough to pick up relatively quickly. Chu Chu Rocket! is a great party game and would be even better over XBox Live. The Dreamcast version had tons of lag, but Sega shouldn’t change a thing about the way the multiplayer was designed.

Level editor – Before level editors were commonplace on console games, Chu Chu Rocket! let players build their own puzzles and nurture their inner game designer. Sure, this interface could use a little streamlining, but considering how easy it is to share content on XBLA (and how sad we are to not have Little Big Planet), the platform is ripe for another puzzler that lets fans share their own genius creations.

Quirky Japanese aesthetic – A lot of the game’s allure for Dreamcast fans was the quirky and sometimes inexplicable Japanese style of the game. Cats, mice, and rocketships? Obviously.

While a lot of XBLA remakes are released to appeal to nostalgic gamers, Chu Chu Rocket! is a game that would stand up on its own. The Dreamcast puzzler was far ahead of its time, with addictive online multiplayer and a level editor. It’s about time this game spent some time on a platform that can really let it shine. To request Chu Chu Rocket! for XBLA, leave a message on Sega’s Facebook page.