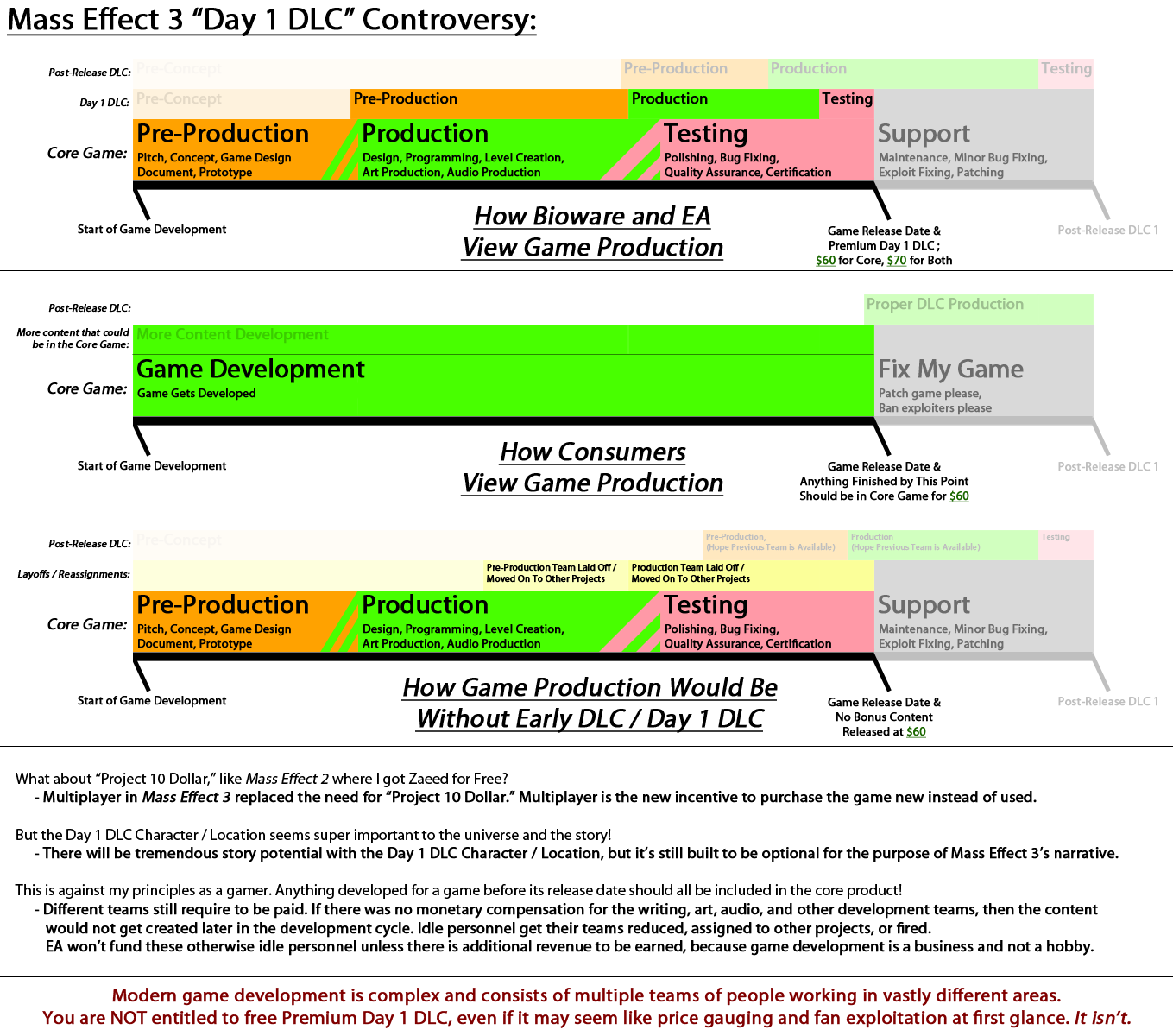 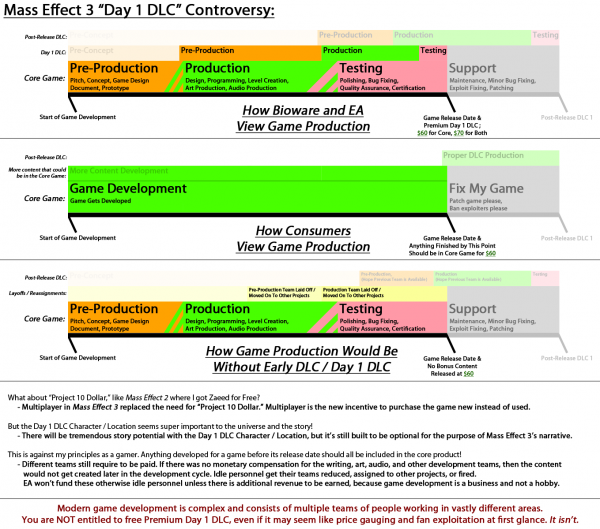 There’s been a lot of stink in the news over the accidental reveal of the launch day downloadable content for Mass Effect 3. It’s an oft-repeated tale. Normally we’d side with gamers, but the reality is that people don’t realize there’s a few months before a game’s launch where the team needs to keep busy. That’s when they start actively working on DLC. The above chart (borrowed from Kotaku’s comments, click to expand it) explains the process well.

As development for a game winds down the team begins to shift: less folks are working on the core game and more get started on the DLC. Once it’s submitted for certification the team can’t sit there and twiddle their thumbs, they need to keep everyone busy. So they’re pretty much all working on DLC if they haven’t been assigned to a new game. Sometimes the DLC gets certified while the game is out getting discs pressed, manuals made, getting shipped to retailers, that sort of stuff. Nobody is trying to scam gamers by ‘leaving things out’. As you can see by the above chart, the pre-production process for the DLC isn’t started until the main game’s development gets churning, and at that point it involves the writers, concept artists, etc fleshing out the theme and story. Those folks have already done most of their job in regards to the core game, and they gotta stay busy.

What cracks us up is the second chart, which is the gamer’s perspective on the process. It’s funny cause it’s true. Even we in the media often put on blinders and think development is just one big block, but there’s a lot more to it. And if there’s one thing we needn’t do it’s to dog developers. These folks often put several 60 hour weeks in towards the end of development just to put out a game they hope-beyond-hope will be well received. They go home to their 2.5 kids, mortgage and car payments. They’re just like you and me, so cut em’ some slack.