Digital Extreme’s free-to-play shooter Warframe has become quite popular on Xbox One, and that’s not terribly surprising; the game’s blend of shooting and hacking enemies to bits is quite enticing, and with the addition of a couple friends and some satisfying crafting elements, it’s pretty dang fun. But as with any game with frequent updates can attest, power creep becomes a factor, and the old is slowly pushed out in favor of the new.

That’s why with Warframe‘s new update, Excalibur Revisited, the game’s popular starting “Warframe” Excalibur is getting a rework to bring him up to speed with the shooter’s current meta, featuring a reworked set of abilities and a passive ability that grants benefits to using sword-based melee weaponry, like the Skana and Cronus.

In additions to Excalibur’s overhaul, he’s also received several new cosmetic skins, such as the Prisma Excalibur skin and three Prisma helmets, as well as the Proto-Armor skin reminiscent of the armor worn by the protagonist of Dark Sector, a previous title from Digital Extremes.

But that’s not all; Excalibur Revisited also features several new Augment Mods, a Syandana, and the Ormolu skin bundle for several preexisting weapons. The singularity-producing Simulor is also coming in the new update, giving players a brand new way to deal with enemies: let ’em fly into a black hole. 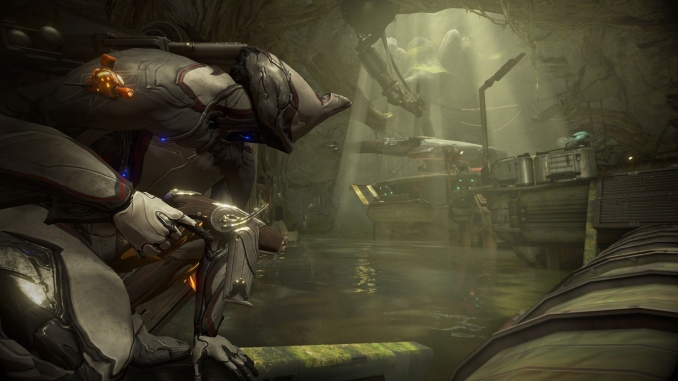 Warframe is available and free to play on Xbox One