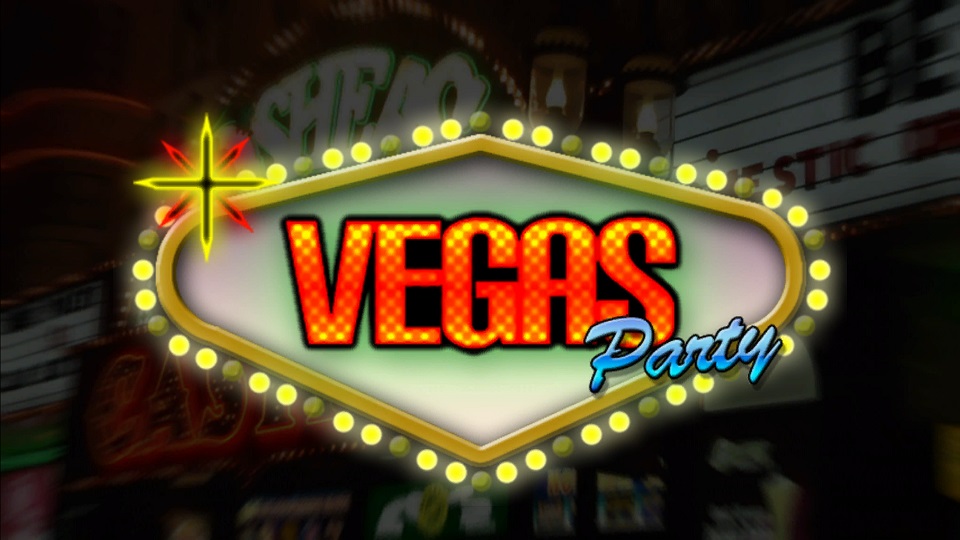 Vegas Party Review: Save your money

Vegas Party Review: Save your money

Where better to have a party than Vegas? I have always been a fan of mini-games and their competitive nature. Usually, the most fun you’ll have is when playing with other people. Mario Party is the most well known, but as far as Xbox goes, the best one may have been Fuzion Frenzy. The spin on this party game is that it’s all about gambling.

In the main mode, you must be the first to reach the end of the strip. You can also play a mode all about just making the most money, centering around playing the mini-games only. Some are extremely luck-based, while others allow you to have a bit more control. You can play darts, roulette, and a handful of others that help you fill or empty your wallet. The main mode is called The Strip. Your board is on the Las Vegas strip, and you can play with up to 4 players. No online is supported, so you will need to depend on your social skills to have actual people playing with you. Otherwise, like myself, you’ll be against the AI-controlled characters.

Overall Idea — I’m not exactly sure if there are any party games with the Vegas theme. When I first saw it, I just assumed it was yet another poker game. I was pleasantly surprised to know it was a mini-game centered board game. I have been to Vegas twice and I know it’s all about the main strip. I like how there are luck based and skill based parts, though I would say it’s a bit more luck heavy. Despite not being shown exactly how everything works, playing it a few times should give you the understanding. Sometimes it’s nice to be able to just play when you feel like it and not worry about needing to quit. You can have fun in short bursts or spend hours trying to gain the achievements. 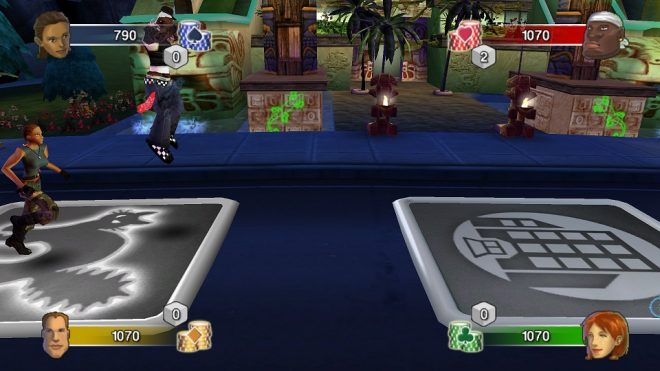 Bare Bones — With tons of opportunity to add unlockable content, Vegas Party just doesn’t seem to offer anything but a few modes. There are plenty of characters to choose, but they’ll never look any different from when you first time saw them. I feel it could have added some much-needed encouragement to play more. After only a couple of sessions, you will have seen everything that is offered.

Modes — There are only two modes, with one option that allows you to choose the mini-games. The actual mini-games are a bit bland and while they are mostly unique ideas that center around four people playing against each other, they tend to feel empty. Some are so luck based that you have literally no control over what is happening. The Strip mode is almost good. With rolling one dice and moving in a straight line, you’ll often find yourself moving backward or getting a zero and just staying put. The mini-games you play in this mode literally do nothing but gain you cash. They have no effect besides a score. Being that the main goal is to reach the end, they’re just distractions. In competitive mode, your goal is to gain the most money. When you play guess the card color, you might realize how much more this specific game affects the outcome of you winning: you can quickly go from being in first place the entire time to suddenly losing by $2500. I haven’t played this particular game in real life, but if the rules are the same I probably never will: you guess the colors of the five cards, and as you guess correctly you gain a multiplier; if you choose wrong, you lose it. Gaining four correct guesses then missing the last results in you losing $100. Meanwhile, somehow the AI can magically net a 16x combo making it impossible to win. You have a slim chance of being correct for all cards in a round. The last card is a 50/50 chance of losing any money you were about to make. In any case, this one game will usually be what decides the winner of the competitive mode. 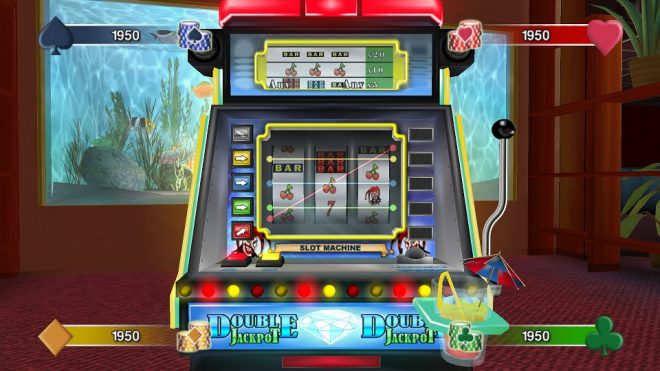 Bets — Shockingly, you cannot bet anything. The bets are all set numbers. There is no extra risk you can choose to take, vanquishing any excitement of gambling. If you’re losing by a lot of money, there’s no real way to risk it all to pull ahead. This is a definite disappointment and may very well have led to ruining the entire experience. If I have a glass of milk and a cookie, I’d prefer the option of dipping it.

Even being one of the only party games on the Xbox, it sure didn’t seem to try very hard. There seems to be so much more they could have done and added, but there really isn’t much to do or unlock. Not all of the mini-games are bad. I actually really enjoy roulette. Some of them are completed in under a minute, reducing even more what was already a minimal game. I thought it was almost decent, but lacking online support and giving little effort to expanding a basic concept, Vegas Party may not be one you’d want to attend.

Vegas Party was published by Funbox Media Ltd and developed by Raylight Games on Xbox One. It was released on September 28, 2018 for $19.99. A copy was provided by the publisher for review purposes. 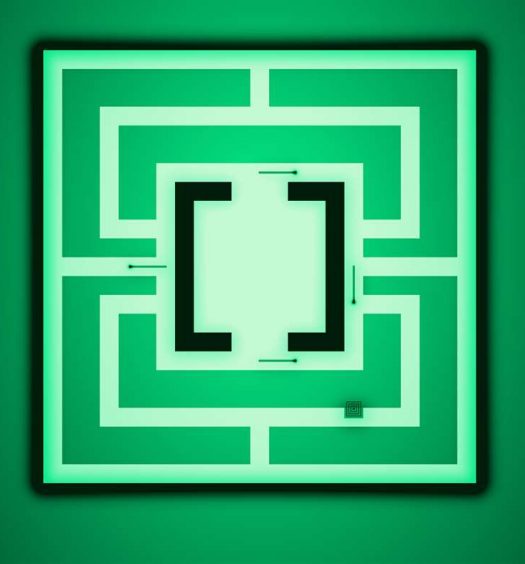