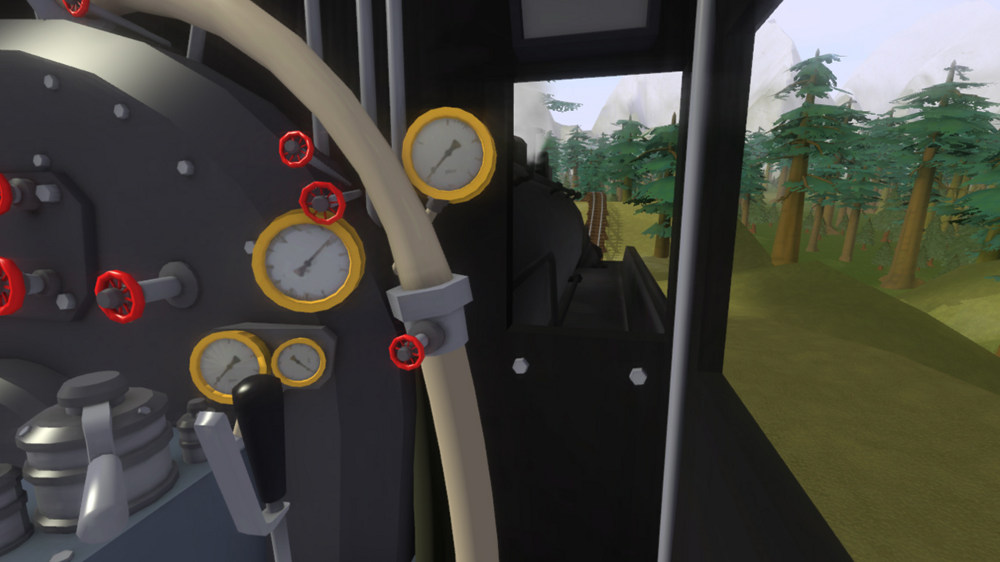 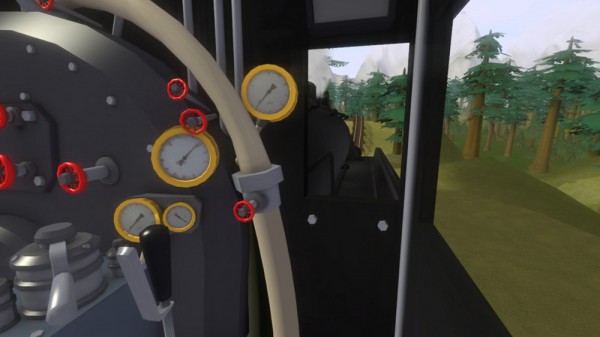 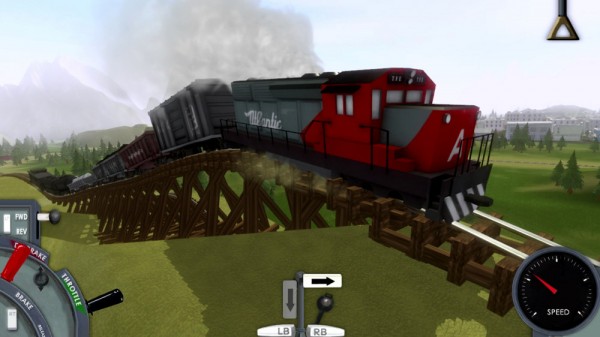 So many options – There are literally dozens of items you can place to create your fictional sandbox.  Everything from different train models and cars to roads and windmills.  You can even create vibrant cities with all of the elements to make it look official.  Want to have intersections with cars waiting for a traffic light to change? Done.  Want a fenced in farm isolated away from civilization but close enough to a bustling train station? Done.  Like all of the homes in your town to have different shapes and different colors? You know the deal.  In addition, you can alter the terrain before you place all of your items on the ground.  We created some pointy mountains that the train eventually crashed into.  A little twisted, sure, but that’s the point; the freedom to do what you want is there.

Beautiful graphics – All of the items in the game are highly detailed and the trains chug at a believable rate with all of the bells and whistles you’re used to. This is the type of game you’d expect on XBLA.  The game’s engine (not to be mistaken for the train’s engine) is capable of some pretty remarkable feats once you realize how many items you’ve placed in your digital playground.  You also have the ability to control the train in a first-person viewpoint giving you an even closer perspective on your personal creation.

Sharing is caring – Not only can you enjoy the fruits of your own labor, but you can also let your friends take a bite.  If you have other train model fans on your friends list, this game is an absolute must. It’s always fun to see what someone else has created, be it a picturesque landscape or an unfinished bridge of doom. 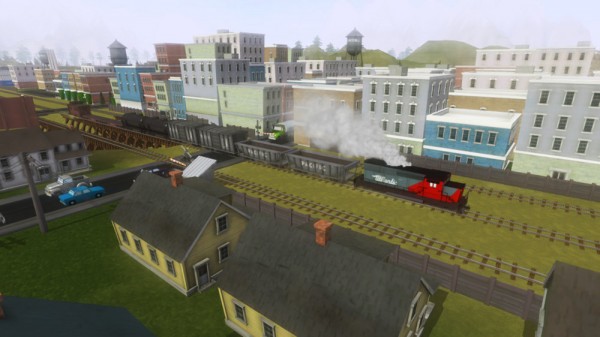 Finicky camera – While the camera angles work great when you’re inside your train, they are bit loose outside.  In particular, when you are creating the world your cursor, which places all of the items, moves at a snail of a pace that disorients the player.  Sometimes it even changes an angle without the player’s input.  Although you can zoom in and out while messing with it, it always seems too far or too close to the screen.

Annoying save system – You have the option to save at any time, but you have to return to the main menu to do so.  It’s not that frustrating, but if you have autosave turned on the game will actually interrupt you in the middle of the game to save.  It brings up and entirely new screen to do it and prevents you from doing anything at all.  This takes you slightly out of the experience and because you never know when it’ll happen, presents a little bit of a horror element.  Remember the YouTube video of all of those calm images and then BAM the woman from the exorcist pops up? It’s kind of like that. 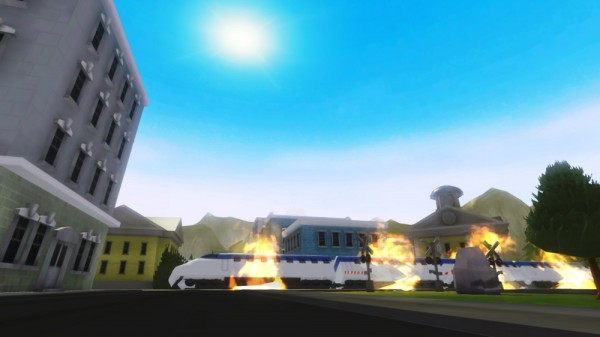 Despite some forgivable problems, we really can’t fault the developer too much. This is an exceptional title that allows the player to do what he or she pleases and even create a little destruction here and there.  If you are even remotely into train or train sets, you have to purchase this title.  For everyone else, give the demo a try.

This is one of those games that so many of us might skip even trying out solely because we’re not a train nut. To do so would be a sad thing, this thing is the little game that could. It takes elements of SimCity and combines them with a Microsoft Train Simulator, then dumbs it all down to a level anyone and everyone can enjoy. Train enthusiasts, SimCity nuts, and even people just looking to kill time can get plenty of enjoyment out of a mere 240 MSP. The trial version pretty much sums up what the game is about, so at the very least give that a whirl and see what you think. This one is definitely worth your time.