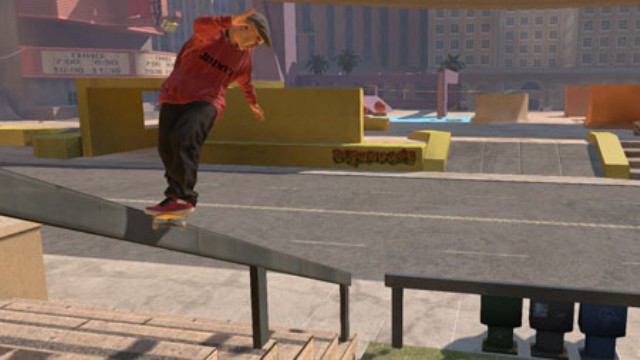 Tony Hawk’s Pro Skater HD, which hit XBLA just over a month ago for 1200 MSP, will get its first piece of DLC at some point next month. Activision Social Media Manager Dan Amrich slipped in the announcement at the end of his hands-on impressions of the content from Gamescom over in Cologne, Germany this past Saturday. Amrich said that an exact release date has yet to be finalized.

As was previously announced, the pack will cost XBLA gamers 400 MSP and feature three maps: L.A., Canada and Airport. Buyers will also get two new skaters, Steve Caballero and Geoff Rowley, added to the roster. Known as the Revert Pack, the downloadable content for developer Robomodo’s remix will bring back the titular revert move that was originally introduced to the series in Tony Hawk’s Pro Skater 3.

Since the maps of the first two games were created prior to series creator Neversoft Entertainment integrating revert into the franchise’s third game, players will be able to use the move in the DLC maps but not when playing in any of the maps from the initial XBLA release.