Updated: The XBLA Game with a $300 Achievement

Updated: The XBLA Game with a $300 Achievement 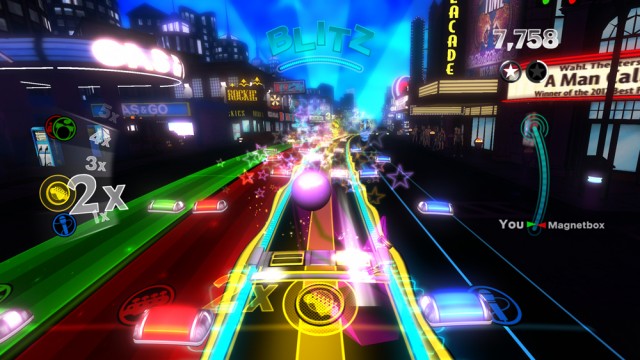 A recent twitter discussion with Philip Kollar brought something to light that probably would have taken me months to notice. I’ve never been a big achievement guy. I play games until I get bored with them and they are no longer fun. I’m not the type to grind away to get some unrealistically absurd number of multiplayer matches. To me, my time is more valuable than that reward. But for others, like our own Andrew Crews, achievements mean a lot. In particular, he likes to complete games.

If you look at Rock Band Blitz, there are a few achievements that cannot be completed without outside DLC. In particular, the Party At Your Place (play unique 300 songs) achievement is the most egregious offender. Even for someone who has purchased every main release Rock Band game to date, they will be around 140 songs shy.  Even assuming you imported Rock Band and Rock Band 2 for a total of $15 (the export cost from borrowing the discs from a friend) players will be sitting around 160 songs in their Rock Band Library that is playable in Blitz. We’ve accounted the free indie pack already, but did not account for a few other random free songs that have been offered over the past few years.

Even so, to get the additional 140 needed songs will cost players an additional $280. When added to the transfer fees and the purchase price of Rock Band Blitz that is about $310 (assuming again you didn’t have to pay for Rock Band or Rock Band 2 beyond the transfer fee). This is a very slippery slope for paid games to head down. Something just feels wrong about not being able to “complete” the game as is after you purchase it.

Dan Teasdale of Twisted Pixel pointed out that some Rock Band Songs are on sale for 99 cents and there are a few Rock Band Track Packs that can also be bought for cheaper than the average $2 a song. The Green Day Rock Band game is also exportable for a $10 fee. This would add another 40 songs to the mix. Even still none of this accounts for paying for the disc if needed. This could half the cost from our original estimate. We still feel our $300 number is a fair estimate though as Dan points out it could be substantially lower for some thrifty users.