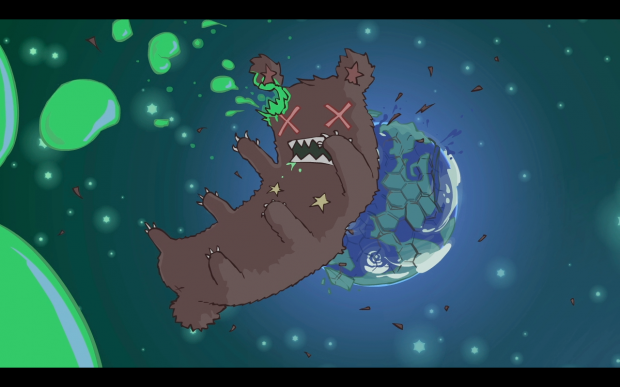 XBLA veterans The Behemoth teased their fourth game last week, aptly dubbed Game 4 for now, which takes place during the apparent aftermath of a bear hitting a planet. A new playable demo at PAX Prime and the below gameplay trailer, has now revealed the game to be a turn-based co-op adventure featuring a faceless narrator similar to the one featured in last year’s hit Battleblock Theater. Players will find themselves exploring and looting with three unique customizable heroes through a world littered in bear blood and hex grids. Along with a single player campaign, the game will feature two player co-op and an up to four player 2 v 2 mode. Game 4 has no set release date as yet but will be arriving on both Xbox One and Steam.