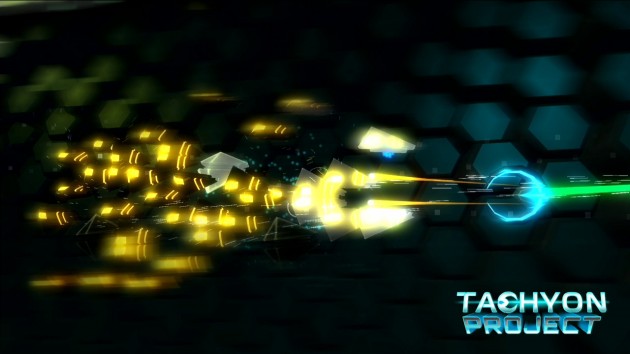 Heralding itself as a “story driven, action packed dual-stick shooter,” Tacyon‘s story absolutely failed to entice me in any way. I didn’t know who was who and what was going on; I didn’t even realize the main protagonist piloted the player’s ship until after the epilogue started playing. That’s OK, though. I wasn’t expecting a stellar story. The gameplay is what matters, and Tachyon Project provides a good twin-stick shoot-em-up to pass the time. 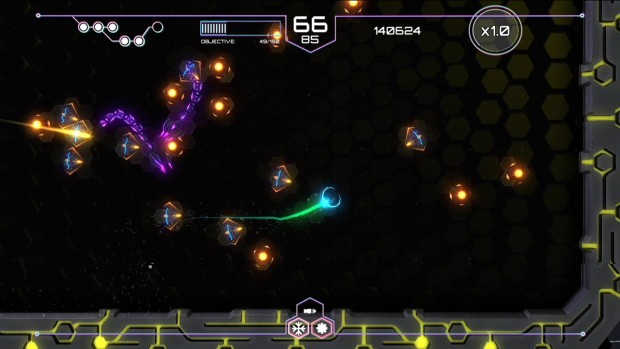 Music — The strong point of Tachyon Project is definitely the music. The soundtrack immerses the player with its electronic beats to create a technological-sounding environment. It is very easy to get into the action of the game when the music grooves along with it.

Extra health perk — Ideally I would explain my qualms about the health system before I explained the benefits of the Extra Health perk, but I’ll make due with our review format and flip that order. Basically, the Extra Health perk adds five seconds to the clock. However, it is not a one-time use perk. Every time the player runs out of life, five more seconds are added to the clock. For example, if the player has failed four times, a total of 20 seconds will be added to the starting timer. This is a fantastic edge to help players casually beat a story level.

Overall satisfaction — If asked to do so, I wouldn’t be able to single out more specific features that I liked. However, that doesn’t stop Tachyon from being good at what it does and having the sum of its components add up to be a better-than-normal twin-stick shooter. My complaints below are trivial at best, and Tachyon Project provides an experience that can be recognized as challenging yet relaxed. 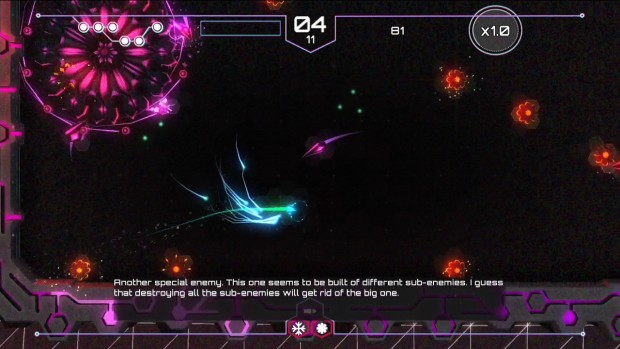 Health system — The life system confused me until around Stage 9 (out of 10). I kept getting hit while wondering why sometimes I would live seemingly forever and other times die out quickly. You would think the game over screen would have tipped me off. “You ran out of time.” At first, my assumptions of that phrase took it as a cute way to say you died or the enemies have prevented you from completing the storyline tasks. In reality, it literally means “you ran out of time.” In a throwback to classic games, Tachyon functions on a time system. Killing enemies increases the timer, and taking hits lowers the timer. It’s my fault for not catching it sooner. That being said, it would have been nice to see a “Time Over” or some similarly clear notification.

Ship movement — I would have preferred if the base movement speed of the ship was slightly faster than it is without requiring a movement perk. Its current speed makes it a bit unpleasant to properly kite enemies around. Although it isn’t bad, compared to the foes you face, it could use the boost. 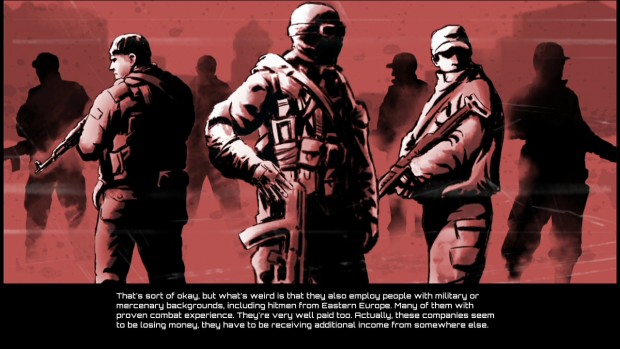 There isn’t much more to say. Tachyon Project features a good amount of weapons, perks and sub-weapons to mix and match with. Each level and challenge mode has online leaderboards to compete against friends’ scores. The challenge mode has an added benefit of supporting up to four local players to make it more interesting. There is enough content and variety provided for a few days of relaxed gameplay. Add the peppy electronic music, and you have the making of a title worth buying. It’s not a must have, but it is good enough to check out.

Achievement notes: Here is yet another quick and easy 1,000 Gamerscore. Although there were plenty of opportunities for hard Achievements, none were actually implemented. Instead, the players will need to beat the game, kill enemies a certain amount of times and kill a certain amount with certain weapons. Ten million accumulated points is probably the hardest Achievement, and that’s more time spending than anything.

Rise from dust in this new Sine Mora teaser 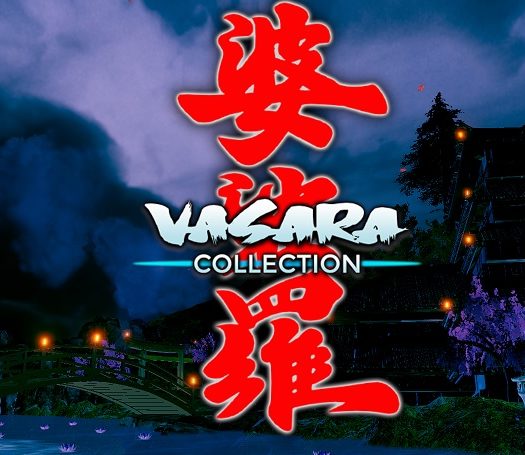