The XBLA Fans team is unable to say for certain whether or not stepping on a butterfly in the past can drastically change the future. However, members of the crew that made their way over to Capy Games’ booth at PAX Prime last month did discover that blowing away a gun-toting Tyrannosaurus rex and the asteroid responsible for the Big Bang will, in fact, do just that. The good news is that all political arguments can stop, because playing through the latest build of Super Time Force has revealed next month’s election winner here in the U.S. — a T-rex. Talk about the ultimate second form of a boss.

If you’ve been following Capy’s game at all, and shame on those of you who have not been, then you already know it’s centered around a dysfunctional group of what Capy refers to as “time-traveling ultra-badasses.” Their leader, Colonel Repeatski, had them zipping into the future to fight in outer-space after battling their way through a crumbling city when last XBLA Fans played Super Time Force. This time around, however, the Toronto-based indie dev had a new level on display, one set in prehistoric time. Its final section has players running along the enormous wings of a Pterodactyl while fighting the infamous dinosaur-obliterating asteroid in a desperate attempt to save the ancient reptiles from extinction. The whole experience felt like the SHMUP level the pre-adolescent me would have dreamed up about 20 or so years back. In other words, it was totally radical, dudes.

As much fun as blasting away dinos with a bazooka or a sniper rifle is, though, one had to wonder just what the hell the Force was hoping such an absurd endeavor would accomplish. Apparently they have the noblest of intentions: save the world by altering historical events. Unfortunately, they execute on that plan about as successfully as Marty McFly and Doc Brown did in the film trilogy that all time-traveling works of fiction must ultimately be compared to. “It’s like Back to the Future, right? The best of intentions but you always [expletive] it up. Because the thing is, they can go back and fix it after they’ve tried to fix it but broke it,” Nathan Vella, co-founder and president of Capy, told XBLA Fans.

So things don’t always go as planned for the Force. Its failures start at the top, as Repeatski is all for shooting (through time) now and asking questions later. Vella explained how the seeing-challenged officer’s thought process works: “A lot of the stuff, he’s just like, ‘Hey, we should do this cool thing since we can go back in time! Like with the dinosaurs!’ But it’s like, ‘Oh [expletive], we broke everything! And now we have to fix it!’ And then in fixing it something else might come up, or it might make it better, or that changes the future in a different way.” 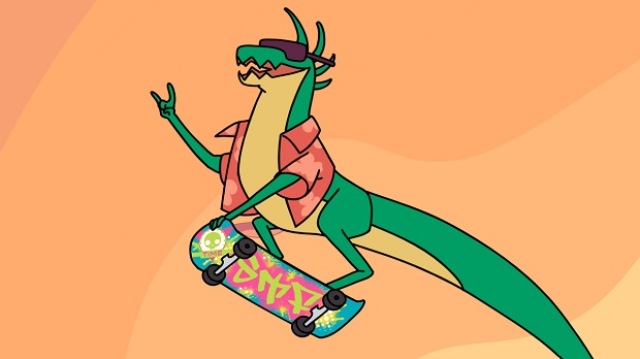 Speaking of characters, a new one was playable during the convention, and he was a bit different from what the those the developer had previously unveiled. The first characters introduced certainly fit right into the game’s late ’80s/early ’90s motif, but each of them fell into familiar archetypes: sniper, heavy, soldier, tank, etc. During the T-rex battle, however, the player can save a melee-centric dinosaur named Zackasaurus who is, like, totally extreme to the max. If that description sounds disdainful, it isn’t; Zackasaurus is a stellar addition to the cast. His absurd character design fits snugly into the awesome insanity on display throughout the three stages Capy has shown off to date — just don’t tell Denver that he’s been aping (brontosaurusing?) his style.

Zackasaurus is hardly the final character reveal, though it’s hard to imagine topping him with whoever else the team ends up putting into Super Time Force. His creators are unsure of precisely how many fellow time-travelers will be joining the skateboarding dinosaur in his mission to right once what went wrong as a result of his squad’s meddling, but it sounds like there’s room for a few other crazy concepts. “We’re looking at 10-15,” said Vella. “It might be more. It might be 10. I don’t know. It’s basically, like, when we get to the point where ‘This guy’s not really that cool,’ that’s when we just cut him.”

So the entire cast has yet to be conceptualized, but Capy does already have an additional trio in its back pocket. “The way that Kenneth [Yeung, the project’s lead programmer] works is he’s so quick with it that we can get a character in in a day,” continued Vella. “If it works, awesome, so that character sticks around. But we’ve got three guys on the backburner right now, one of them is like hilariously terrible…and one guy lays turrets, which is really weird. It works, but at the same time it doesn’t at all work. I don’t know, it’s just fun to see the guys throw ideas around.”

If you’re wondering what inspired Capy to spit out ideas such as that, the list starts with the usual SHMUP suspects: Contra, Metal Slug and Gunstar Heroes. It doesn’t end there, however. Vella also cited an oft-overlooked shooter of yesteryear. Sunset Riders is a western-themed shoot-em-up that the Capy boss said the team drew inspiration from, though he admitted it’s a bit too “weird” for his team to pull too much from it. An Old West stage may or may not find its way into the final game as a result.

Other ideas Vella is kicking around include Nazi Germany, tall ships, the year 10000000 AD and “everything.” So don’t be surprised if the Force ends up going back — not to the future, mind you, but to the Backstreet. Yes, he listed the boy band era as a possible setting. Backstreet’s (possibly) back, all right?

Of course, the game doesn’t restrict players to jumping quite that far through time at once. Super Time Force‘s playable characters can rewind a few minutes or seconds whenever they get killed off and try, try again. No matter how tough the going gets, and it gets pretty damn tough at times, pushing ever onward never feels like a chore. In fact, the player is not merely OK with the idea of replaying the same stretch of a level over again, but he actually feels thrilled for the chance to do so. That’s because lost lives return as ghosts that follow through their preordained path while the player uses their support and his knowledge of the future to navigate more safely through the world’s hazards. This approach to second chances is a feature that many developers likely wish they could rely on after seeing their games get a less-than-warm reception at conventions.

Capy doesn’t need that crutch. Super Time Force has been almost universally praised each time it has been shown to the public. “Definitely the best way to make games — I believe — is put [an idea] in the game and play it,” Vella stated. “Ideas are great, but sometimes you’ve gotta play with it. You’ve got to see if it’s fine, see if it’s cool. You gotta see if it makes you laugh.”

“Cool” is concise, accurate description of his own game demo, one that’s the result of his team’s gun-slinging approach to game design. Here’s hoping Capy, like the Super Time Force troops, keeps right on slinging.