We’re often told that we know more about the surface of the Moon than we do our own oceans. Silent, dark and mysterious, the expanses of the ocean make a formidable setting for any medium, so there’s something exciting about getting the chance to explore the ocean depths. In Subnautica, players are thrust not just into an underwater world, but one that is alien after their ship crash lands on it. After waking up in your Escape Pod, the clock is ticking to find water, food, and to develop the equipment you need to explore.

Subnautica is currently available on Xbox One through the Game Preview Program, meaning it’s still very much in development, so I’m previewing it with an open mind. On starting up the game I was given four gameplay options. Survival seems to be the main mode, and it sees players foraging for resources, crafting tools and managing their hunger and thirst levels. Being the wuss that I am, however, I opted for Freedom mode, which is apparently the same as Survival but without the need of having to worry about the inconvenience of eating and drinking. There’s also a Hardcore mode, which is the same as Survival but with the now seemingly fashionable permadeath. Finally, a Creative mode gives players free reign to build structures without any dangers or resourcing constraints.

Once I selected my preference, I was treated to a wonderful FMV crash sequence setting up the game’s premise. I was then tasked with putting out the resulting fire in my escape pod; however, that’s where my instruction ended. I was, you could say, flung in at the deep end. Most of my equipment needed repairs due to the crash, but I needed a welder to fix anything. With the exception of the Fabricator, which is basically a 3D printer used for crafting, I was on my own. 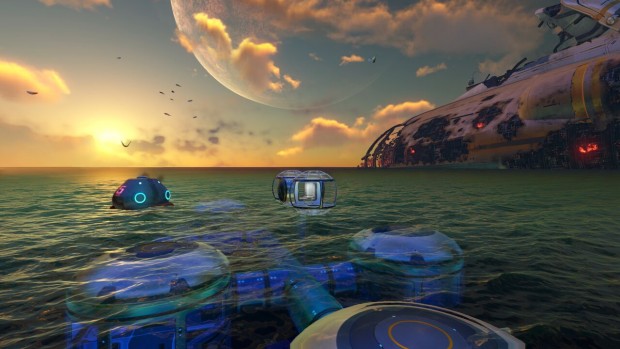 Climbing out of my escape pod for the first time I was hit with the breath-taking scene of my massive spaceship burning against the vast ocean backdrop. Under the water is where most of the action takes place, and after diving in I was met with a colourful array of strange yet seemingly harmless creatures and luminous plant life to explore. The background music is minimal, giving you a strong sense of isolation, and whilst in its current build Subnautica does struggle with draw distance and real-time rendering, it certainly has a graphical wow factor.

It’s unfortunate then that my first foray into the world of Subnautica proved to be primarily an exercise in inventory management. I instinctively headed straight for the burning crash site to see what could be salvaged, but it turned out to be surrounded with radiation. Luckily I had a recipe for a radiation suit in my Fabricator, so I set off scanning the seabed for useful items. Soon I collected a wealth of titanium and quartz that, when fired into the Escape Pod’s Fabricator, produced a handy oxygen tank allowing me to stay underwater for longer and a fancy floating storage unit. 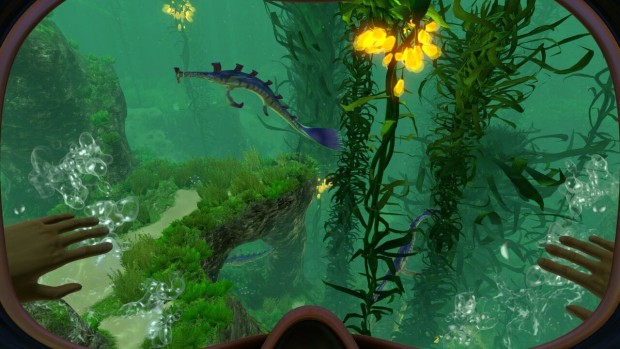 A few hours later, however, I wasn’t much further forward. My storage unit had sadly floated away to oblivion as soon as my back was turned, and I was reluctant to make any more. Moreover, my pockets were too full of stuff, but not the kinds of stuff that would allow me to make anything useful with the Fabricator. There’s only so long you can pick debris off the seabed before boredom sets in, and the game’s long night cycle, which makes it too dark to swim, only seemed to drag out the experience. I’d hit a wall and was at a loss on how to proceed.

Disheartened by my lack of progress I started a new game, this time choosing Creative mode. (You can actually keep up to four game saves, one for each mode, so there was no need for me to delete my stalled Freedom save.) This is when I actually started to have some fun. With all restrictions off I was able to build a fancy habitat, a mini submarine and even that radiation suit I had my eye on earlier. Of course, Creative mode could be seen as cheat mode, as you’re basically invincible and have no threats or risk factors, meaning it too has limited lasting appeal. 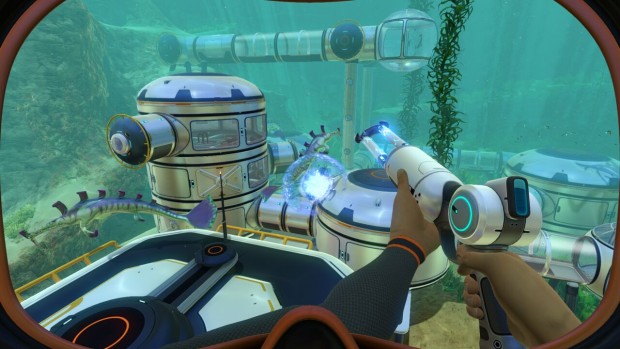 Nevertheless, what Creative mode did was open my eyes to the great potential Subnautica has. There is a vast and beautiful world for us to explore and adventure in here, if only we could get to it a bit faster. I was impressed with the in-depth crafting system, and there’s talk of a future farming update that could only improve this aspect. I’d like to see better item spawning for much steadier game progression in the future, but in its current state, Subnautica will still appeal to those with the patience and dedication for Minecraft or Don’t Starve. Of course, with the many planned future developments including a rumored multiplayer option, it could mean Subnautica ends up on many other gamers’ watch lists too. 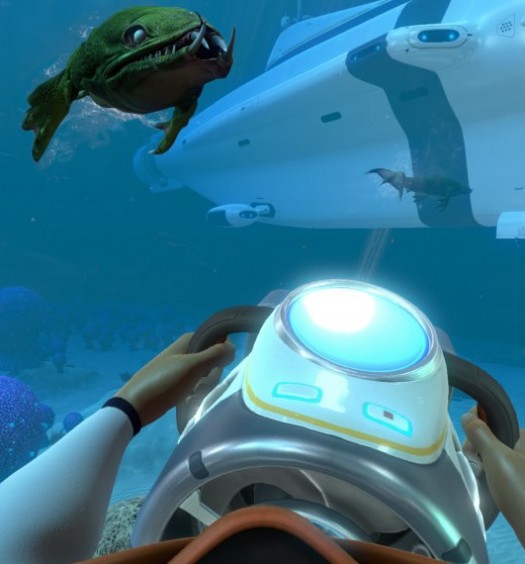 Read More
Subnautica is now in development for Xbox One 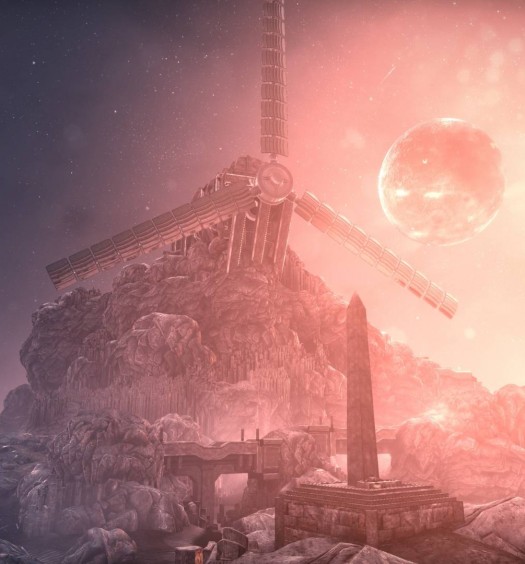