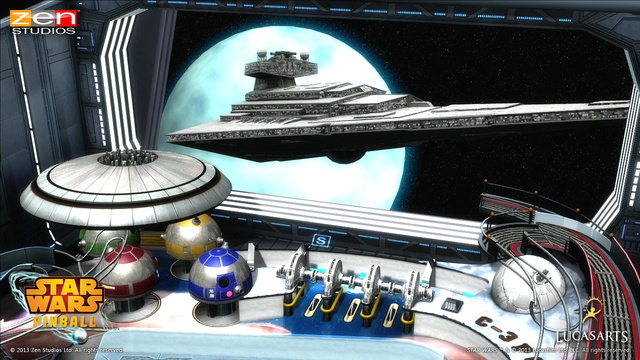 Cold. Calculating. Efficient. Eaten by the Sarlacc. All of these things describe the greatest bounty hunter in Star Wars history. He’s been featured in dozens of Star Wars games, and soon he’ll make his debut in Pinball FX 2 as one of the first three tables in the Star Wars Pinball collection. Use your pinball skills to unleash Boba’s deadly blaster carbine, flamethrower and jetpack rocket. You can snag this table along with The Empire Strikes Back and The Clone Wars on February 27 for 800 MSP. The remaining seven tables will be announced at a later date.