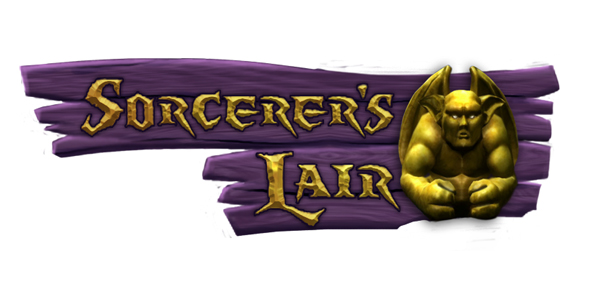 Sorcerer’s Lair for Pinball FX 2 was developed by Zen Studios and retails for 240 MSP. It was released on October 12, 2011. A copy of the table was provided for review purposes. 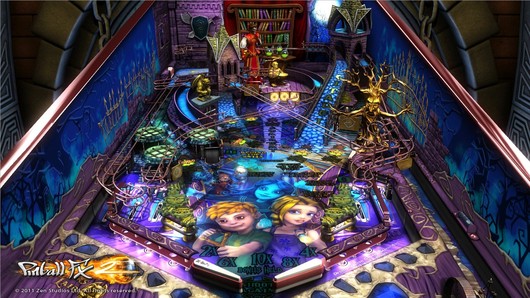 The latest installation into the Pinball FX 2 series is none other than Sorcerer’s Lair. This table was released some time ago on the PlayStation 3 and is finally making its way to Xbox Live. Despite the fact that this table is a retread of an older release it stands tall as another excellent example of Zen Studios craftsmanship in the realm of pinball.

This is one of the first tables in some time to be released without a link to some sort of established IP. This makes its success all the more impressive because the lack of familiarity with the theme doesn’t slow it down at all. Sorcerer’s Lair is another medium length table that plays relatively fast. High scores are definitely possible on this very fun table.

Great variety – This is the first table in a while that has truly mixed things up. Several of the missions take place in the “cellar” which is a totally separate playing field. This is a much smaller playing field which is tough because you don’t have a lot of practice on it initially. There is also a quick puzzle mission which isn’t that tough but definitely serves to break up the monotony. The regular board missions are also fun and challenging but they are more traditional in nature. There are a ton of options for activating multiball as well so there is rarely only one play style going on for too long of a stretch.

Attractive look – Sorcerer’s Lair is a good looking table. It is dark in theme but still manages to seem light and fun. The animations of the sorcerer and Whisper the ghost are good which is typical of Zen Studios work. The table itself is complex but approachable. There is a great variety of ramps and lanes to hit. They are all clear and accessible. The sound effects also manage to really add to the theme without becoming annoying.

Balanced challenge – Some of the more recent tables have definitely been on the easy side. Sorcerer’s Lair is definitely not as difficult as some of the tables out there. But it isn’t brainless either. There are big scores to be had, but they have to be earned. As a bonus this table is a lot of fun to play. It does not feel like a chore during extended play sessions.

Incomplete instructions – To really excel at any pinball table you need to know the rules of the table. So it follows that to truly know the table there comes a time when you bite the bullet and actually read the instructions. While Pinball FX 2 tables generally do a great job explaining themselves the Sorcerer’s Lair instructions are a bit lacking. There is no explanation about increasing multipliers or skill shots. This can probably be found on the internet somewhere but it is annoying that it isn’t coming from the source.

Simply put, Sorcerer’s Lair is another excellent addition to the Pinball FX 2 library. Any fan of the series will want to add this to their collection. At the same time it is one of the most accessible of the great tables. This is definitely one of the top three tables to recommend to beginners. Everything about this package is great and deserves to be played.