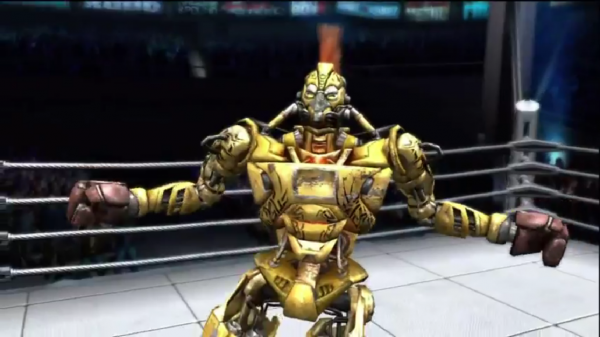 Released near the end of last year, Yuke’s Real Steel – based on the movie of the same name – offered a chance to practice the sweet science Rock-Em Sock-Em Robots style (read our review if you haven’t already). Among the games features was the ability to customize your own robots with new parts and pieces. Now, an update released April 18 offers new parts with which to assemble robots, as well as new moves, according to a press release from Yule. The update is free. If you’ve yet to play the game, Real Steel is available now on XBLA for 800 MSP.