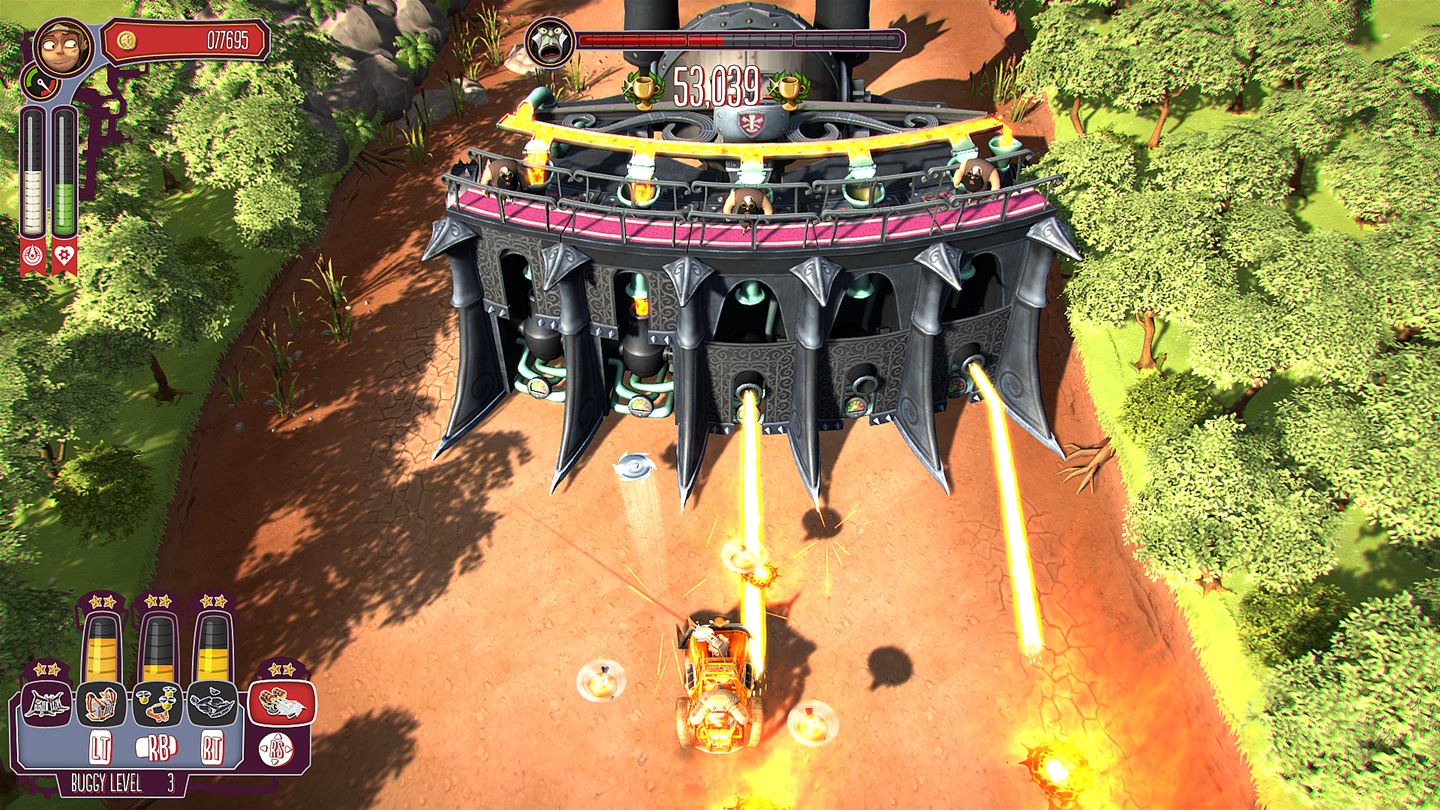 Cars and guns have always been a match made in heaven, except for when it’s not. When you are driving and shooting at things, you want dangerous roads and impressive weaponry and kick-ass explosions. Sadly, developer Chasing Carrots delivers none of that in Pressure Overdrive.

I honestly feel like I can see where the developer was trying to go here. Take a twin-stick shooter, cross it with a top-down bullet hell shmup, then put all that in a cart racer style wrapper. Sadly though, it feels more like they just reskinned Bump ‘n’ Jump from the NES and threw in a few guns for fun. 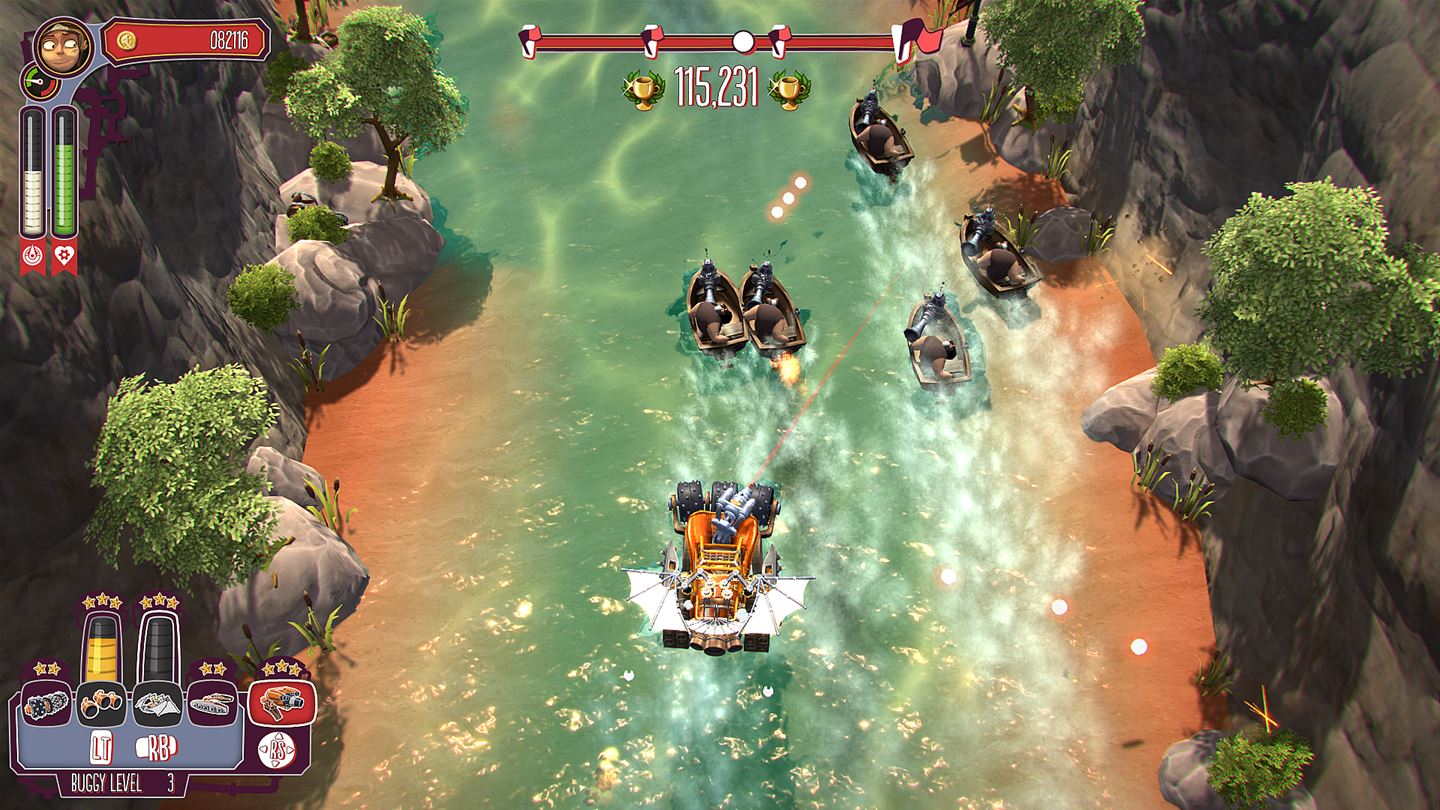 Concept — First, I would like to get this said, the idea behind this game is fantastic. When I played the first level and realized what the developers were going for, I was all in. You can see they pulled influences from twin-stick shooters, cart racers, endless runners and hardcore shmups. All the styles they have mixed are ones that I love and feel like a natural fit together.

Controls — The controls are intuitive and easy to use. Pushing on your left stick moves you in that direction and pushing on the right stick shoots in that direction. All other weapons or specials are on the triggers and bumpers allowing you always to keep shooting and driving. All responses are fast and immediate no lag in steering or firing which is crucial and a bullet storm style game.

Endless Mode — This is probably the best part of the game! In Endless Mode, you will run one wave after another, with each one being gradually tougher than the last. You only get one life and upgrades, and power-ups are not purchased but won from a slot machine at the end of each wave. The slot machine will provide you with four choices to pick from or pay for a re-roll. These things make each playthrough different than the last. Endless Mode is also where couch co-op shines as you and your buddy dodge bullets, shoot bad guys and build up carts that work well together. I would also like to give Chasing Carrots a big thumbs up for allowing players to send life to the other player when low on health. It can be the difference between finishing a wave or not. 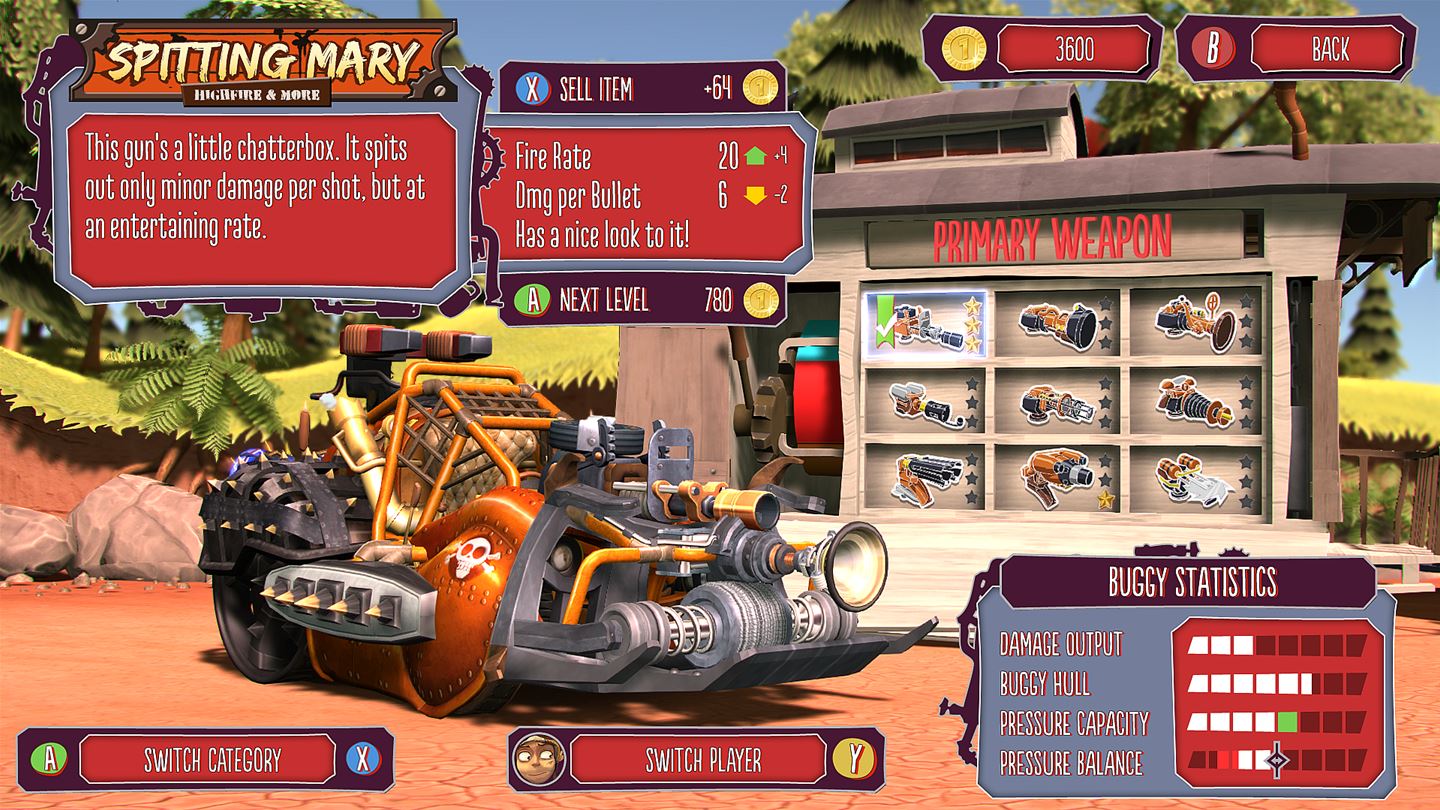 Map Design — The maps are boring, bland and unimaginative. They mostly consist of brown and green, with some oranges, reds, blues, and whatnot thrown in here and there. I have a racing cart; I should be taking huge turns while drifting like every other cart-style game. I should be dodging unseen stage hazards like falling rocks, trap doors, flamethrowers or landmines. Instead, you just drive straight, I mean, there’s the occasional gap you have to jump or narrow path to drive through, but that’s it.

Replay — Many games give you the ability to go back and play levels that you have already beaten. When replaying these levels, many times you use new skills and abilities you’ve earned to get faster times or higher scores. That’s not how it works here. In the campaign, if you go back to play a level again, you have whatever loadout you had when you beat that level. They have almost done the same thing in free play mode as well. Instead of being forced to play through with the same loadout, you only get the max amount of gold that could have been earned by that point in the game. These features ultimately kill the joy in going back and replaying levels for fun or achievements.

Load Out — The weapons and cart builds are essentially pointless. Sure there are plenty of things you can buy, but most of them just don’t help you or make the game easier. I consistently found myself buying the more expensive guns or different special moves just to sell it and go back to my ‘standard’ build. It’s disappointing to spend time-saving money to buy a new weapon just to play a level and realize its garbage. The one saving grace here is that when you sell items back to the store, you get a 100% refund! 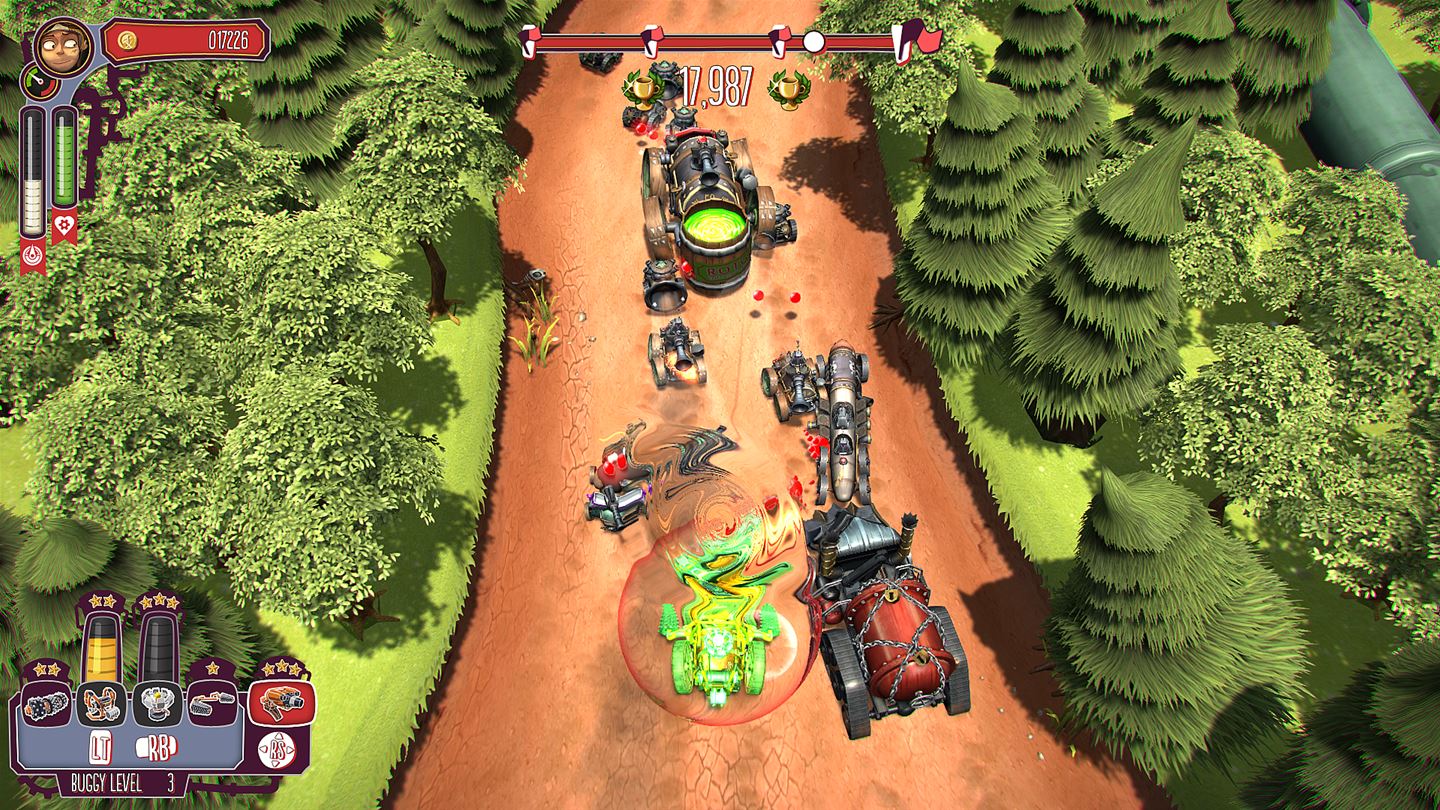 Chasing Carrots started with a rather good idea and failed to deliver what it seemed to promise. The driving and shooting always felt slow and unadventurous. Most of the time you could just stop driving if you needed a break from the action. That eliminates the hard edge that a shmup style game needs to be good. Endless mode is fun in co-op or by yourself, but it isn’t enough to carry the weight of the game. So even if you’ve got money to burn, there are much better fire pits to throw it in.

Pressure Overdrive was developed and published by Chasing Carrots. It was released July 25, 2017, on the Xbox One for $12.99. A copy of the game was provided for review purposes.

Fight Till Dawn in this new developer diary for Alan Wake’s American ...