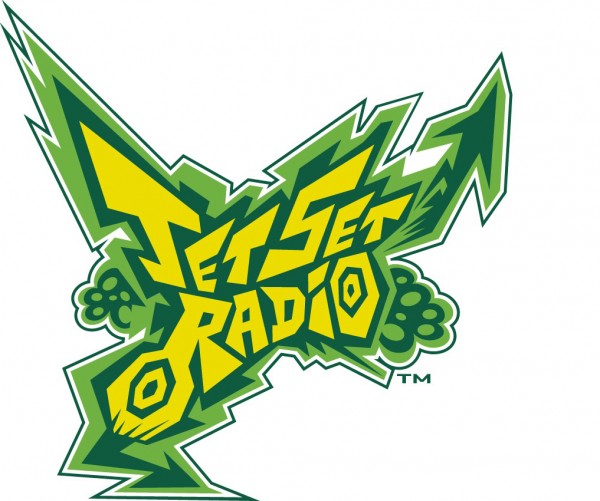 If you ask any Dreamcast fan what game they’d love to see re-released on XBLA, Jet Set Radio is almost guaranteed to be mentioned. Luckily, Sega listened to the demands of its fan base and we got the opportunity to play the game at PAX East.

To the uninitiated, Jet Set Radio is a cell-shaded graffiti simulator where the goal of the game is to “tag” certain areas of a level with various graffiti art while simultaneously battling a police force that hunts you down. And hunt you down they will—their arsenal includes a pack of baton-wielding officers that bark “hut hut hut” when nearby, tanks, helicopters and even a police chief that ferociously discharges a firearm at you.

The demo we played featured the first level of the game: Shibuya-co. It’s a bright and colorful urban environment with plenty of areas to grind, tag and cause general mischief in. Fans of the original game will immediately notice that the visuals pop out even more in HD, which only adds to the unique aesthetic flair already present. The placement of the bus terminal, ramps and hovering cans of spray paint remain identical to the level in the original Dreamcast version, so it’s safe to assume that levels will be similar in layout. 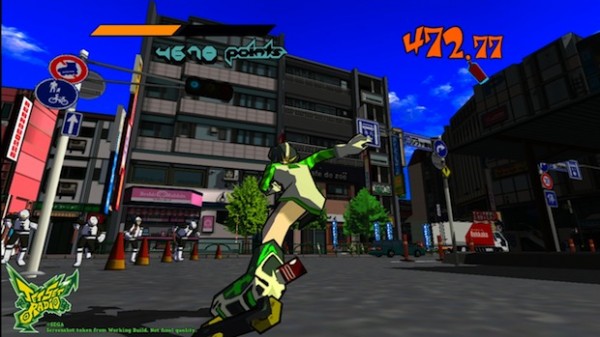 Since the game is great to begin with, Sega hasn’t had to alter the experience too much to make up for a dated title. But they did add something fans have been begging for: rotating camera control using the right analog stick. It felt a bit clunky though and we have to mention that it isn’t controllable while you are grinding on a rail. The left trigger still centers the camera behind your character so if the analog stick is too wonky for the player, they can always resort to the original controls.

PAX East is loud, so we didn’t get a chance to hear what tune was playing during the demo. The Sega representative that narrated the demo promised that a good portion of the original soundtrack will be present but that some of the songs had to be excluded due to licensing issues.

Tagging is still as fun as ever. Not only do you have to dodge a crescendo of police, but you also have to make sure you correctly input the proper left analog swipes so that your tag doesn’t succumb to amateur-level noobness. Racing against a clock, a diminishing number of paint cans and the authority can amount to quite a challenge. 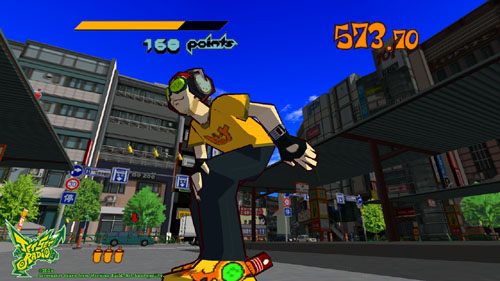 After each area was tagged and the demo concluded, the next patient and hungry fan swiftly grabbed the controller from us, proving that the demand for this title is obvious. Jet Set Radio fans will have the opportunity to grind to their heart’s extent this summer.