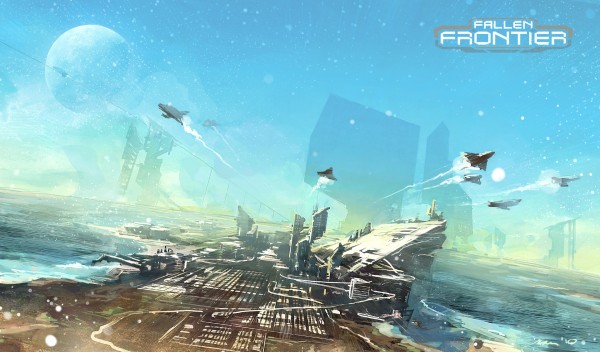 Cooperative play in Fallen Frontier is a major focus of the developer. This is made clear right from the start, as much of my conversation with the developer was on the multiplayer experience. There is also a visual cue to this, as the screen will focus on both team members when they are close together, but will tear apart into splitscreen mode, focusing on each player separately if the are too far apart. This was one of the most unique splitscreen displays I have seen. The great part about it is that the way in which the screen separates; it helps tell you which direction  to go to meet back up with your teammate, and make the screen whole again. 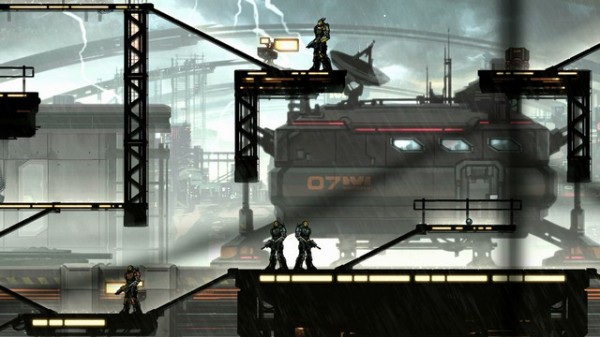 I died a lot in the demo, and in the current build, you immediately spawn next to your teammate when die. I really appreciated this because it didn’t break up the action or leave a player out of the experience. Also included in the game is a grappling line that can be used to traverse the level, pull an enemy in for the killing blow, or the most useful application(especially when playing with a silly game journalist who was heading in the entirely wrong direction), grappling your teammate to bring them to where you are. The weapons are surprisingly well animated and balanced. A shotgun to the face is going to hurt. A lot. Whether your shooting the enemy, or the enemy is shooting you.

The only negative I have about my experience with the game was that I couldn’t get a grasp of all the controls. There’s a lot you can do in this game, so it will take some time to getting your head wrapped around it all. That’s not necessarily a bad thing, seeing as how you will have a slew of options to fit your play style.  Look for Fallen Frontier this year on Xbox Live Arcade.

Want to see more? Check out this co-op gameplay footage… 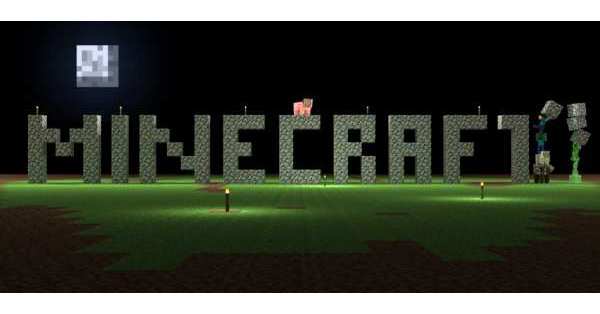 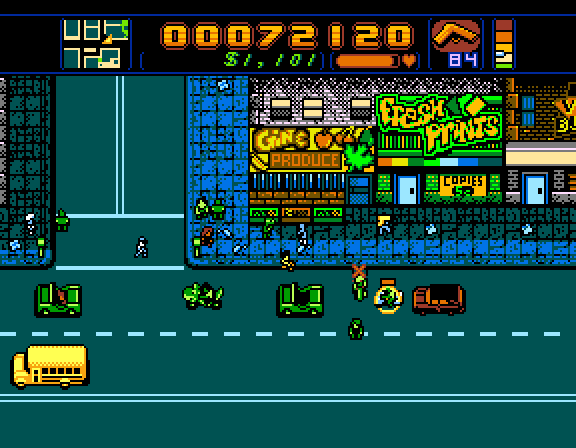