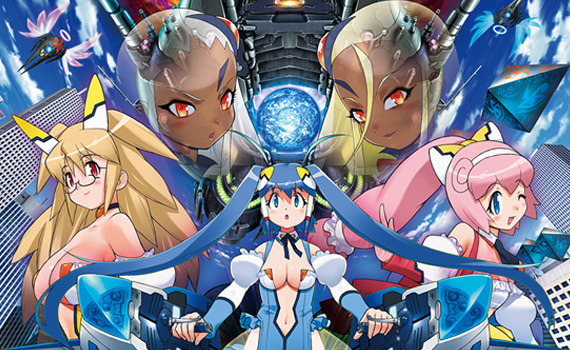 Are you a SHMUP (shoot ’em up) fan? Have you ever heard of a little game called GRADIUS? If you know of such things and have bee eagerly awaiting Otomedius Excellent, prepare for a postponement of your satisfaction.  Due to non-specific “production delays” the game won’t be out until Spring of 2011…in Japan.  So unless they work on the translations at the same time we won’t see it in the US until after that.

For those who missed out on the shmup years:  Gradius was one of the best shmups and set the standard for shooters of all varieties.  Otomedius Excellent is a parody-like version of Gradius, substituting anime girls in little space ships for the Vic Viper as shown below. 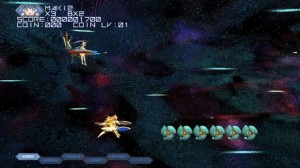 I don’t think we should have to wait for a US version.  For one, playing japanese imports (like watching original anime) has its own charm which is sometimes lost with forced translations.  Secondly, most of the time we could care less about the story and just want to fight oversized boss battles and dodge a ton of bullets.  We haven’t seen Gradius  given the hardcore next-gen treatment it deserves.  Maybe if the gaming community supports this game, it will give Konami the motivation to give us more.  Long live SHMUPS.